PROVIDENCE – U.S. Labor Secretary Marty Walsh toured Rhode Island with state leaders on Monday to learn about the state’s workforce challenges and needs – activities that officials said were designed, in part, to build a relationship with the secretary as they prepare to use $1.1 billion in federal relief funds.

“The reason we all came together is because there is a lot of federal money on the table from the Build Back Better agenda,” said Weldon. “We want to use it wisely.” Read more here.

PROVIDENCE — Bringing back jobs to American shores and investing in workforce
development programs will be critical for the labor force and to relieve the current stress on the supply chain, Labor Secretary Martin J. Walsh told The Boston Globe
Monday.

“We have such an opportunity for our community college system around the country
to really scale it up,” said Walsh. “It could be submarines, it could be electric vehicles .
. . and wind turbines and solar panels. President Biden is very focused on becoming
more dependent on American manufacturing and less dependent on foreign
manufacturers.”

He added, “But we have a lot of work to do to create opportunity.”

Walsh was taken on a whirlwind trip through Rhode Island, including a tour of the
Warwick campus of the New England Institute of Technology in the morning with
members of the Rhode Island delegation. He later traveled to Providence to Building
Futures, an apprenticeship program in the building trades that ultimately leads to job
placement, where he spoke to students. Read more here.

Pictures of Labor Leaders with U.S. Labor Secretary Marty Walsh during his visit to R.I. this week.

An excellent interview and article by Daniel A. Kittredge in the Cranston Herald with RI AFL-CIO President George Nee on his UWRI Dante Mollo Award and his journey in the labor movement. 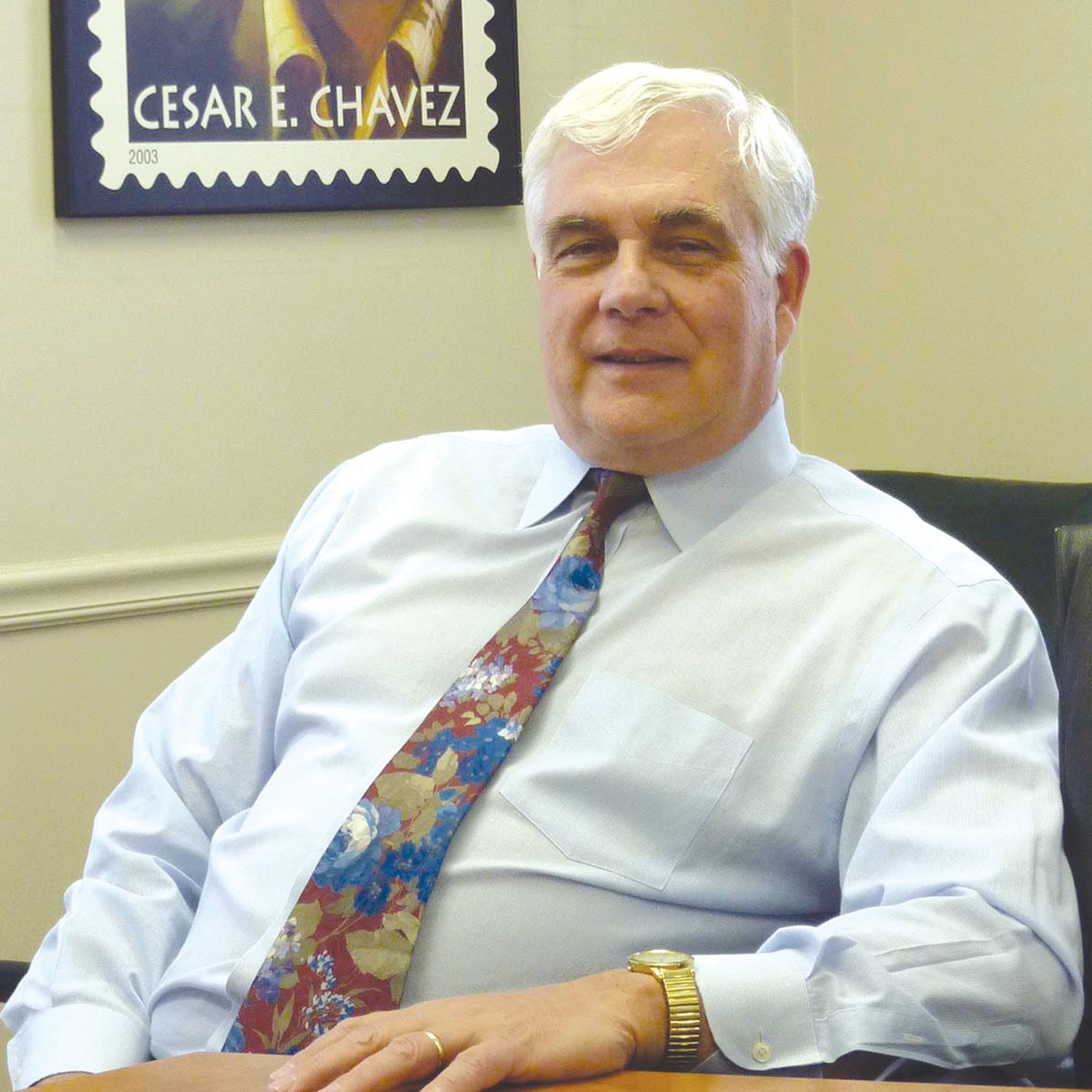 George Nee’s involvement with the labor movement dates back more than five decades, to the late 1960s.

He worked construction as a member of the Laborers in his hometown of Syracuse, New York, before heading off to Boston College. It was there, in 1969, that he was inspired to leave his studies and help organize a grape boycott for the United Farm Workers of America in Dorchester. This was, in the words of Chris Sabitoni from the Laborers’ International Union of North America, the moment of Nee’s “calling to the civil rights movement.”

Nee’s success in the grape boycott caught they eye of organizers and led to new opportunities with the union – including, for a time, work in California alongside legendary labor leader Cesar Chavez.

“I earned the grand salary of $5 a week, plus room and board,” Nee recalls. “And that was the same amount Cesar made.”

In the next few years, Nee would serve as part of a security detail for Chavez – “I was essentially his bodyguard for a while” – and accompany him and a handful of others on a 40-day march across California to raise awareness among workers of a new law giving them the right to organize.

“It was pretty amazing,” Nee said of that experience. On a recent trip to California for a wedding, he noted, he drove along some of the same roads on which he’d once marched.

WARWICK, R.I. (WPRI) — Parents in Warwick no longer have to worry about whether their child will have rides to and from school — at least for the next three years.

ATU Local 618, which represents Warwick’s bus drivers, and First Student came to an agreement Friday on a new contract, which will run through 2024.

The agreement comes one week after union members voted to go on strike if a deal could not be reached. ATU Local 618 Secretary Treasurer Steve Sousa said it typically takes the union two weeks to prepare for a strike, which gave First Student time to return to the bargaining table before transportation services were disrupted. Read more here.

WEST WARWICK — A new statue stands tall in the memorial park outside Station 4. The bronze structure depicts a firefighter; he carries a pick-head axe and atop his head rests a West Warwick helmet, “1104” written in the center.

Nearby, a memorial listing local firefighters who have died since the West Warwick Fire Department was made permanent in 1948 bears four new names.

The statue and names were unveiled recently during the Firefighters Memorial Sunday ceremony, an event held annually to honor those West Warwick Fire Department members, both union and volunteer, who passed away over the preceding year.

“It’s a tough day, remembering loved ones,” said Lt. Jim Rita, president of IAFF Local 1104, “but it’s also a good thing that we do remember them in honor of what they did for this town.”

The statue was donated by Lt. David Studley, who retired in March after 32 years with the department.

“I was always a big supporter of this memorial,” Studley said. “It means a lot to all of us, and I just thought it was the right thing to do. These were limited statues, and I wanted to make sure we got one.” Read more here.

UPCOMING EVENTS:TEAMSTERS, Local 251SOLIDARITY WITH JOHNSON BROTHERS WORKERSPlease visit the picket line and show Johnson Brothers that workers stick together and will not be treated like second-class citizens. Picket lines are up 24 hours a day at: Johnson Brothers of Rhode Island
120 Moscrip Ave.
North Kingstown RI 02852
Key times are 6:30-8:30 a.m. and 4-6 p.m.
Customer banners are typically on Wednesdays from 4-6pm. Contact us to participate.
Johnson Brothers of RI Donations can be made to: Teamsters Local 251 Strike Fund, 121 Brightridge Ave. East Providence RI 02914

New show host Autumn Guillotte sits down with Climate Jobs Rhode Island’s organizer Erica Hammond and policy director Mike Roles to discuss a just transition to a green economy in the Ocean State. They talk about what’s on the coalition’s agenda for the fall and into the new year. This past year we have celebrated the passage of the Act on Climate and look forward to more policies which will help RI achieve net-zero carbon emissions by 2030, such as the Carbon Free and Healthy Schools initiative and a Free RIPTA program.

Check out the latest episodes on our website: http://www.LaborVisionRI.org