(PROVIDENCE, R.I.) – Legislation protecting workers in the school bus industry pushed by Teamsters Local 251 and other unions (H6118A and S635A), passed the Rhode Island General Assembly overwhelmingly and was signed into law last Friday. Local 251 Secretary-Treasurer Matt Taibi, who has been at the forefront of crafting legislation to improve workers’ lives in Rhode Island, was among the first to testify at a Senate hearing on S635A.

“We are proud to have played a role in getting this bill passed into law,” said Taibi. “We are thankful for State Representative Gregg Amore and State Senator Val Lawson being the prime sponsors of this legislation, for the State House and State Senate leadership supporting this legislation, for the Governor signing the bill and for the hard work of Teamsters Legislative Director Paul MacDonald moving workers’ issues through the legislative process.”

The pro-worker and pro-environmental provisions of the law will be considered model language for workers in the school bus industry across the country. The bill became law upon Governor McKee’s signature later this month. Read more here.

(PROVIDENCE, R.I.) – The United Food and Commercial Workers Local 328 applauds the approval of H6118/S635 by the General Assembly and its passage into law with the signature of Governor Dan McKee. Thanks to the leadership of Rep. Gregg Amore and Senator Valerie Lawson, Rhode Island bus drivers will enjoy some of the strongest labor protections, serving as a model for the rest of the country.

H6118/S635 guarantees that agreements between school districts and transportation providers guarantee fair standards for workers, including a mandatory minimum of 180 paid days, as is the case with teachers and many other dedicated school employees. The COVID-19 pandemic has demonstrated the need to level the playing field for these workers, as decisions to move to remote schooling often happen with less than 24 hours’ notice, leaving workers with unpredictable hours and reduced pay.

Timothy Melia, President of UFCW Local 328, applauded the passage of H6118/S635 by stating, ”This legislation will improve the quality and retention of drivers throughout the state of Rhode Island who transport our children on a daily bases. With the mandatory 180 days of pay and the prevailing wage provision, these are no longer just transient temporary jobs, but rather, permanent well-paying jobs. This is not only good for the students and the school districts that they transport for, but good for our community as a whole.” Read more here.

She cooked and cleaned her Coventry apartment and took up several new hobbies. But she did not look for a new job, because she was holding out to return to work at the Providence Marriott Downtown.

So when her boss, hotel general manager Farouk Rajab, offered her a chance to come back, she didn’t hesitate. She worked the front desk, she did laundry, whatever was needed. Her part-time hours were just enough to take her off unemployment benefits but was still a pay cut and a demotion from her former role as a sales coordinator.

“It’s not what I pictured myself doing,” the 27-year-old Johnson & Wales University graduate said. “But I never thought it was below me or a waste of my time or that I was not using my degree.”

And it paid off. In February, Umbdenstock was promoted to rooms manager, an opportunity she credited in part to the topsy-turvy world created by COVID-19.

But many other hospitality workers have not stuck with the local industry through the pandemic and it’s taking an economic toll, though the shrinking workforce actually predates the virus’s emergence last year. And there’s little agreement, it seems, on the way forward beyond getting through the summer. Read more here.

Below are pictures of recent bailout training. Each member of WFD is issued a bailout device, stored and ready for use in their turnout gear. This potential life saving tool allows the member to lower themselves from a window, if their means of egress becomes impassable during a fire.

Passage of the Protecting the Right to Organize (PRO) Act to give workers freedom to organize a union will help restore balance between the pay of CEOs and working people.

The ratio of CEO-to-worker pay is important. A higher pay ratio could be a sign that companies suffer from a winner-take-all philosophy where executives reap the lion’s share of compensation. A lower pay ratio could indicate the companies that are dedicated to creating high-wage jobs and investing in their employees for the company’s long-term health. 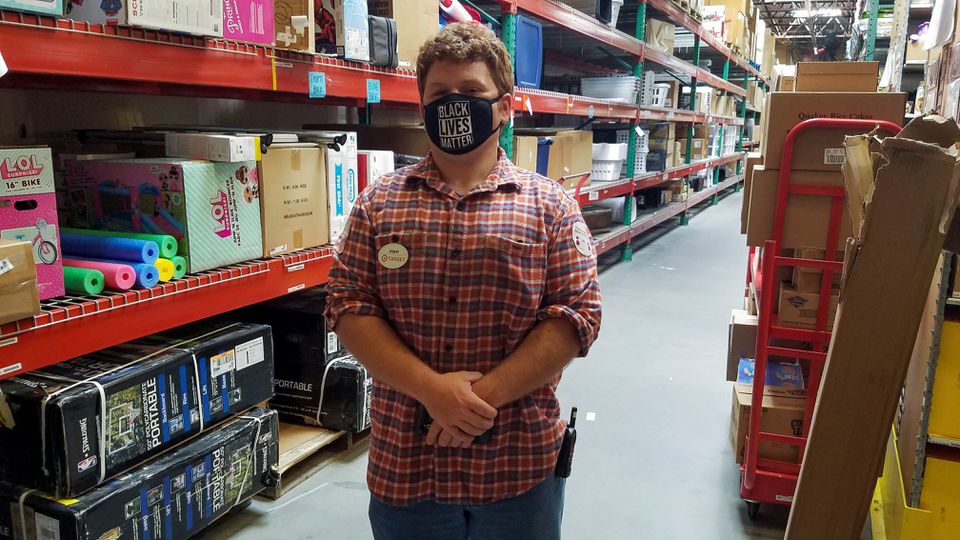 While the gap in how much they earn arises in part from the very different regions where both live and work, it is also in line with a Reuters analysis of U.S. retail wages, whose findings are previously unreported. After reviewing two decades of retail wages, Reuters found that union workers get paid more on average – and that the gap is widening.

Reuters examined a three-year rolling average of data from the U.S. Bureau of Labor Statistics (BLS) and found that the weekly pay differential between union and nonunion workers in the U.S. retail sector widened significantly between 2013 and 2019 – from nearly $20 to more than $50. Read more here.

Teamsters, Local 251
SOLIDARITY WITH JOHNSON BROTHERS WORKERSPlease visit the picket line and show Johnson Brothers that workers stick together and will not be treated like second-class citizens. Picket lines are up 24 hours a day at: Johnson Brothers of RI 120 Moscrip Ave North Kingstown RI 02852 Key times are 7:30-9 am and 4-6 pm.

Co-hosts Erica Hammond and Autumn Guillotte sit down with Teamsters Local 251 to discuss their ongoing strike with Johnson Brothers of RI. The group highlights the company’s mistreatment of employees and how it’s shown zero intention of bargaining in good faith. Some of the major issues effecting workers include, significantly low wages, racial disparities among salaries, outrageous out of pocket heath care costs, lack of retirement/401k benefits, and cut backs on truck staffing while truck loads and deliveries increase.

Johnson Brothers employees have been on the picket lines for weeks demanding Black Lives Matter, higher wages, reasonable health coverage, and more. Now they are asking for the help of their brothers and sisters throughout the labor movement. There are a number of liquor stores still accepting Scab truck deliveries and it’s unacceptable. Find out which liquor stores near you are supporting these workers and refusing to accept scab deliveries. Join your brothers and sisters on the picket lines and tune in to this segment to learn more about how you can support them.