North Providence– Rhode Island Council 94, American Federation of State, County, and Municipal Employees, AFL-CIO announced that the URI Part-Time Faculty United union overwhelmingly voted in a secret ballot election to join Council 94. The election, which was ordered and supervised by the Rhode Island State Labor Relations Board, was held on April 14, 2021.

J. Michael Downey, President of Council 94, explained, “Council 94 is excited to welcome over 400 URI Part-Time Faculty as our newest members. The URI Part-Time Faculty have now joined forces with over 770 classified/non classified employees at URI represented by AFSCME. This victory calls to mind fond memories of Dorothy Donnelly, PhD, a tireless champion for all workers at URI, who unfortunately recently passed away. Dorothy was my friend and she worked hard to support the effort to join Council 94.”

Patricia Maguire, Executive Director of the URI Part-Time Faculty United union, stated, “The PTFU members wanted to join a strong, democratic union that will allow our voice to be heard more clearly in the workplace. Council 94’s assistance in negotiation, contract administration, and legal representation will make our union a stronger advocate to improve the quality of instructional services and the wages/benefits of adjunct faculty at URI. We look forward to negotiating a fair and equitable contract that benefits the students, URI, and our members.”

John Burns, Senior Staff Representative for Council 94, stated, “We are very happy to work with Patricia Maguire and the dedicated members of PTFU.”

Alexis Santoro, Executive Director of Council 94, concluded, “I know how hard the Part Time Faculty United members work for URI. Council 94 will work hard for PTFU members at and away from the bargaining table.   Council 94 is always ready to help workers exercise their democratic right to form a union.” 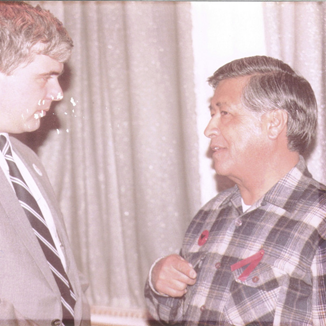 On March 31, now known as César Chávez Day, George Nee (OPEIU, pictured on the left), president of the Rhode Island AFL-CIO, took a look back on the work he did with Chávez (pictured far right), the inspirational labor leader, to help organize the grape boycott for the United Farm Workers (UFW) In 1969. Nee decided to leave Boston College to assist Chávez and UFW in their efforts. He helped to organize the 1,000-man march through the California fruit and vegetable countryside. The successful conclusion of the grape boycott then launched Nee into a lifetime in the labor and civil rights movements, and he has been serving as president of the state federation since 2009. When Chávez passed away in 1993, Nee was a pallbearer at his funeral.

“I was proud to place a bust of César Chávez in the Oval Office, so that no one who enters that historic room may forget the powerful truths his farm worker hands imparted,” said President Biden in the proclamation. “I call upon all Americans to observe this day as a day of service and learning, with appropriate service, community, and education programs to honor César Chávez’s enduring legacy.”

Congratulations Hopkins Manor (aka Lincolnwood Rehab) members on ratifying a strong contract with a new employer today with raises and collective bargaining protections. Great job by the bargaining committee! 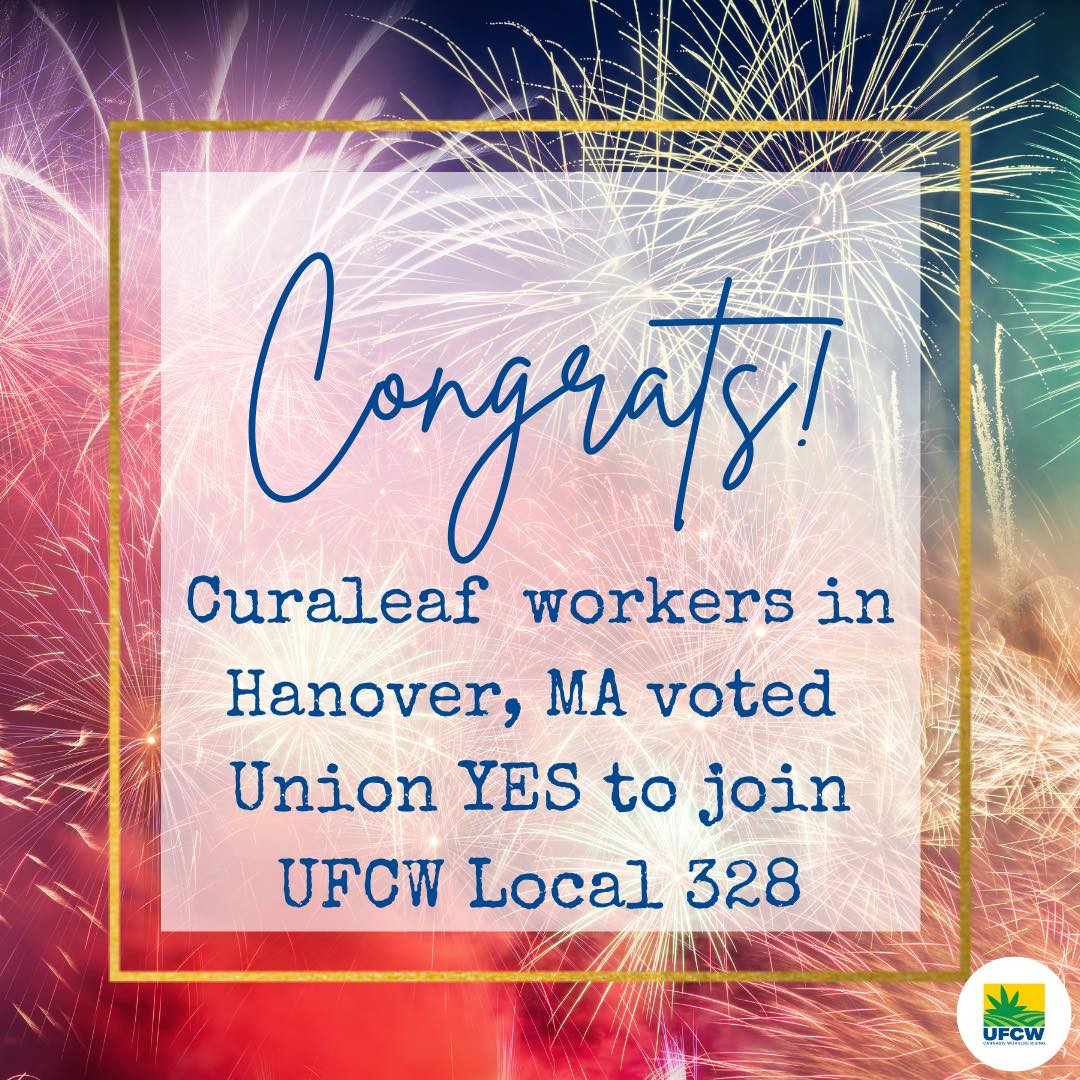 Curaleaf employees began organizing with Local 328 in March of 2020 as the Covid-19 pandemic was starting to impact workers across the country. The workers wanted to address issues related to the pandemic as well as other issues such as low pay and unfair discipline. Workers emphasized that they liked their jobs but wanted to have a real voice at work.

Workers filed for their election on April 20, 2020 and voted by mail throughout the months of May and June. When the votes were counted on June 26, 2020 more votes were cast for the union but there were enough “challenged” ballots that the results couldn’t be finalized. After an investigation and an NLRB hearing into the circumstances of the challenged ballots, the Regional office of the NLRB in Boston determined that 6 ballots should not be counted and that 4 should be opened. Curaleaf appealed this decision to the NLRB in Washington, DC, who sided with the UFCW. Read more here. 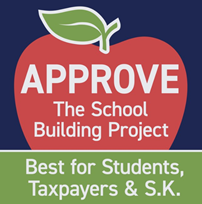 On May 4th, there is a special election in South Kingstown to approve a school bond for long overdue maintenance on the public schools infrastructure. If the school building project is approved, it will provide students and teachers with a safe, modern, engaging learning environment, with a focus on career-tech education. Additionally, this bond will provide hundreds of construction jobs for building trades workers. This is a unique opportunity to re-invest in our local communities. By taking advantage of matching funds and historically low interest rates, taxpayers in South Kingstown will be protected. If this project is delayed any more, it will cost taxpayers much more in the long run.

We ask that local union leaders reach out to their members in South Kingstown and ask them to support our schools, students, teachers, support professionals, and building trades workers. Ask them to APPROVE the school bond.

If any South Kingstown residents would like a lawn sign to show their support, fill out this form. 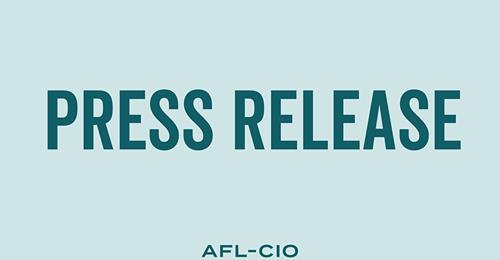 Heroic Amazon workers in Bessemer, Alabama, came together to claim their right to form a union, but antiquated federal labor law and a virulently anti-union company stood in their way. We all benefit from broad and accessible union membership. Organizing a union should not be a trial by combat. The Protecting the Right to Organize (PRO) Act will make it easier for working people to organize if we so choose.

Here’s how the campaign unfolded in Bessemer, Alabama, and how it would be different under the PRO Act.

Before Organizing Started—Firings and Surveillance:

Under the PRO Act:

Secretary Gorbea spoke about her efforts to expand voting in the state of RI, especially those communities with traditionally lower voter turnout. She candidly answered questions about what it takes to run for public office and the risks and sacrifices faced as a women and mother in a high-level public position. She also discussed the importance of having women in decision-making roles in setting public policy and on non-profit boards. CLUW is thankful for Sec. Gorbea’s participation at our meeting and looking forward to future conversations in the future.

Meetings are held the first Tuesday of each month beginning at 5:30p. Contact Desiree for more information: dleclair@1199trainingfund.org