Video on April 6th Rally with educators and community in calling for education justice and an end to broken promises.

Pictures from Rally on April 6th at the State House

Portsmouth, RI – In a milestone moment, the employees at Greenleaf Compassionate Care Center in Portsmouth, Rhode Island became the first cannabis dispensary workers in the state to unionize after an overwhelming majority voted to join United Food and Commercial Workers Union Local 328 (UFCW) by a vote of 21 to 1.

The newly organized team at Greenleaf includes budtenders, keyholders, online team members and delivery associates. Each day, these workers strive to serve the needs of their patients by providing medicine and guidance through the state’s legal medical marijuana program.

In the weeks leading up to the election, Greenleaf management hired out of state anti-union consultants who held mandatory meetings and distributed flyers to employees in the dispensary. Despite their attempts, the workers at Greenleaf remained united and displayed incredible support and solidarity. The tactics by the company only reaffirmed the workers’ strong commitment for forming their union and securing a better and brighter future for all at Greenleaf. Read more here. 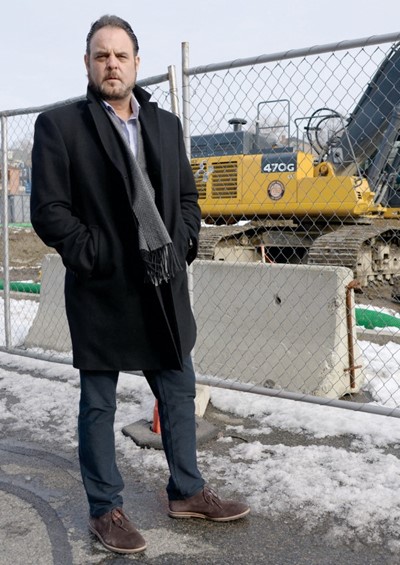 1 What is the Providence Rises Together Coalition and why was it formed?

2 Why is the city’s existing tax stabilization agreement policy a problem? What are the top changes you would like to see made?

One of the key problems with the current TSA policy is developers are ignoring their reporting requirements. A 2017 audit uncovered a history of “widespread noncompliance” among the 54 developers who were TSA recipients, as well as reporting errors, wage theft, worker misclassification, missed administrative payments and dismal reporting practices.

The proposed reforms will create stronger reporting requirements; require investments in minority and women-owned businesses; start a career building apprenticeship program; and guarantee livable wage standards during and after ­construction.

3 Developers are pushing back against the proposed policy changes as making their projects too costly and say it will dissuade development. What is your response?

Those opposing these common-sense reforms to protect taxpayers and workers want all the benefits of TSAs with little accountability. Profiting at the expense of working families on projects financed with taxpayer money is simply bad public policy. Read more here.

Remember Gina Raimondo? Rhode Island’s former governor is one of five cabinet secretaries who President Joe Biden has asked to help push his $2 trillion jobs and infrastructure plan, so it’s safe to say you’re going to being seeing a whole lot more of her on television.

Since she might not have as much time to read letters from her neighbors about pot holes and sidewalks, Globe Rhode Island asked a bunch of super smart people to quickly explain how they’d like to improve Rhode Island’s infrastructure if the American Jobs Plan becomes law.Read more here.