The National Education Association Rhode Island strongly supports House Bill 5193. I want to be clear that we do not oppose the concept of charter schools as originally designed but have grave concerns, as we have testified before this body for years, about the amount of money being drained from traditional public schools and the programs and resources being cut to sustain that drain.

Now, in the middle of a once in a century pandemic, the loss of funds becomes more dramatic. School districts face monumental challenges in the months and years ahead as a result of the past year. Inequities that existed pre-pandemic have become even more obvious the past 13 months. While the American Rescue Plan is providing funds to help these demands, funding new charters at the expense of traditional public schools will only exasperate the problems at the local level.

Charter schools were designed to be models of innovation and to work closely with traditional public schools to share best practices and serve students in a non-traditional setting. While Rhode Island does have some creative charters that fit that description, what we often see and do not need, especially in a time of a financial crisis, is a parallel school system. Read more here.

On February 9, the Rhode Island Senate passed legislation to put a three-year moratorium on charter school expansion by an overwhelming 30-6 vote. Over 1,000 messages were sent to Senators with this campaign. We now need to urge the House to address this legislation to protect public education.

In December, the Council on Elementary and Secondary Education approved three new charter schools and expanded three existing schools, adding approximately 6,000 students. Despite the global pandemic and ensuing economic crisis, the state and our communities are going to have to divert money to fund this enormous expansion. The RI General Assembly must intervene to save education programs for tens of thousands of urban public school students who will be harmed by this foolish reckless redirection of public resources.

Charters drain money from school districts. The recently approved expansion will cause as much as $80 million in school funding for 5,500 students to leave Providence schools alone. Central Falls, a district that is already underfunded, will lose critical resources as well. Providence already has 20% of its students attending charter schools. Next year alone, Providence will have to divert an additional $11 million in tuition payments for 591 students attending new or expanded charter schools. Read more here.

Patricia St. Pierre, a bus driver and a member of the negotiating committee stated, “I am so proud of our co-workers for standing together. Through our unity, we have secured a better future for all at Durham.” Vincent Auger, a bus driver who also served as a member on the negotiating committee added, “We want to thank the community for all of their support. We love our jobs and we know this agreement will help attract and retain the essential help that families deserve and depend on.” Read more here.

Workers from Johnson Brothers of RI, a wine and spirits distributor in North Kingstown, were joined by Local 251 representatives, other liquor industry Teamsters, and other labor activists to inform the public about some of the problems associated with Gallo wines. Johnson Brothers distributes Gallo wine products in RI, and the 7 Applebee’s locations are customers. Applebee’s management in Smithfield and Cranston tried unsuccessfully to convince the workers to go elsewhere. The twelve workers have been fighting for a first contract with the company since September 2020. Teamsters Local 251 fights for 12 workers just as hard as for 1,200.

The White House infrastructure proposal will restore our economy and create hundreds of thousands of good union jobs. The proposal recognizes that our infrastructure needs are vast and will only continue to grow without decisive action. More than forty percent of our roadways are in poor or mediocre condition and Americans make 178 million trips daily across structurally deficient bridges. There is a water main break every two minutes. Our infrastructure deficiencies are a threat to our economy and our safety

We expect and urgently need a bipartisan plan for the reauthorization of the Highway Bill from the Administration that Congress can get to work on and take action on immediately. And we should put all funding mechanisms on the table.

We also look forward to working with the Administration on insisting that the renewable industry does not short-change and cheat working men and women of good family-supporting pay and benefits on the jobs building this infrastructure. We appreciate the President’s commitment to making sure that strong labor standards are tied to new jobs building the green economy to ensure the jobs that are created are good-quality jobs. 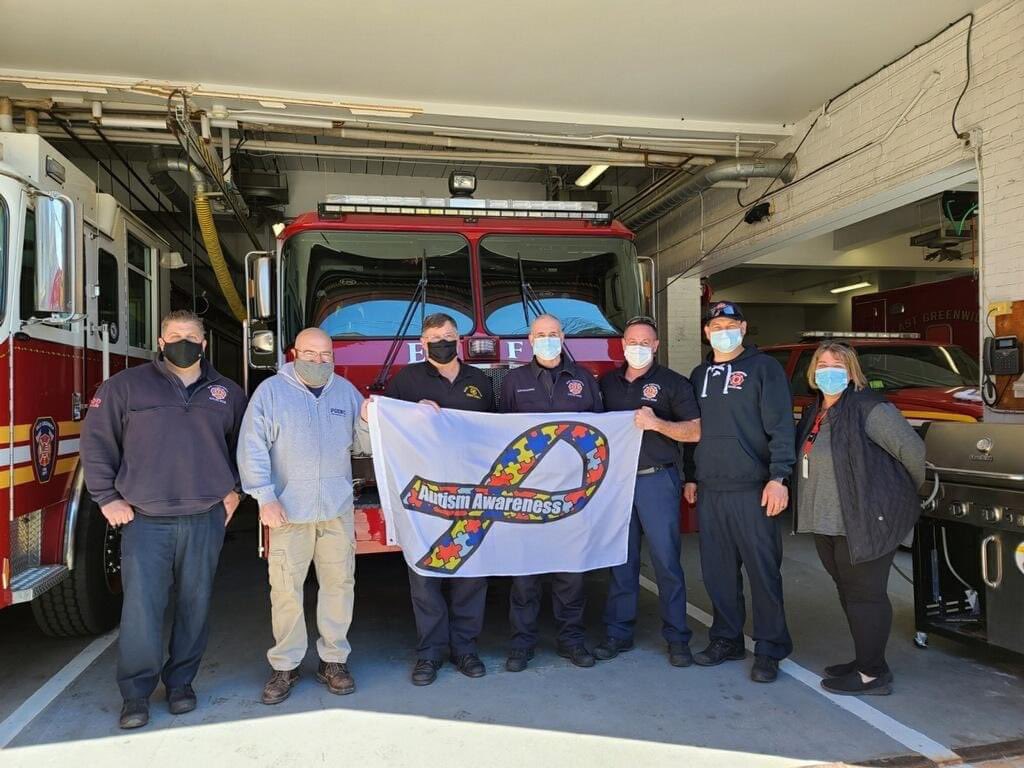 Thank you to the Public Safety Special Needs Coalition for visiting us yesterday to promote Autism Awareness for the month of April.

Join workers in conversation with AFL-CIO President Richard Trumka and Secretary-Treasurer Liz Shuler as they discuss the real life impact the American Rescue Plan has had on working people across the country.

Three relief funding bills have injected $190.5 billion in funds for K-12, and leaders are eyeing needed improvements highlighted by the pandemic.

With nearly $190.5 billion earmarked for helping schools cope with the ramifications of the novel coronavirus pandemic, some leaders are eyeing the use of those funds for related school construction projects.

Those funds were eligible for COVID-19 construction projects, but schools had a more immediate need: putting them to use for technology, PPE, staffing and short-term changes that could get kids back to school. Read more here.

Labor 411: Hoop…There it is! Snacks for March Madness

We’re down to the Sweet Sixteen. Who’s going to make it to the NCAA Men’s College Basketball finals? In the weeks ahead, as March Madness reaches a fever pitch, there figures to be plenty of nail-biting action. But leave your nails alone! We’ve got much more tasty stuff to devour. Drinks, too! And all of it is made by companies that treat their workers fairly and give them a voice on the job. So as you’re stocking up for your at-home viewing party, chose from the ethical edibles below and help build a stronger America.

***Remember to buy your food and beverages where union members work at Stop & Shop, Shaws and Eastside Marketplace.