If our city is giving out tax breaks, working families deserve an opportunity, too.
Providence can adopt a groundbreaking ordinance that requires employers who receive city tax benefits to institute diverse hiring practices and to pay good wages during and after construction.

With strong support from construction workers, service workers, community groups, and several members of the Providence City Council, this much-needed Tax Stabilization Act needs your voice to ensure its passage. 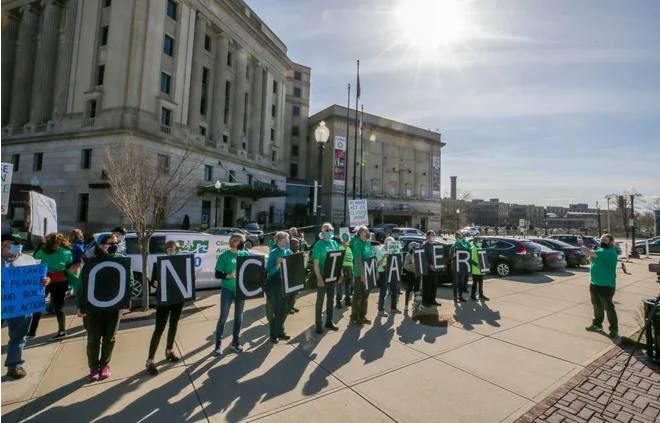 PROVIDENCE — Landmark legislation aimed at forming the foundation for Rhode Island to confront climate change is one step closer to Gov. Dan McKee’s desk after the House voted its approval Tuesday night.

Hailed by Democrats but assailed by Republicans, Act on Climate would make reductions in planet-warming greenhouse gas emissions mandatory in the state and hold government legally accountable for meeting a net-zero goal in 2050 as well as interim targets along the way.

The bill, which brings Rhode Island in line with Massachusetts, New York and other states that have enforceable climate goals, is seen by environmental groups as the key to tamping down the use of fossil fuels and accelerating the transition to renewable energy.

After four hours of debate, it won passage in the House by a 53-to-22 vote. The House and Senate will reconcile differences between the bills and, assuming no major conflicts arise, then send the bill to Gov. Dan McKee to be signed into law. Read more here.

HPCC with opportunities for collaboration, everyone wins!! Healthy Planet Cleaning Cooperative’s recent collaboration with the City of Central Falls food is a powerful example of how the whole community benefits when cities partner with worker-owned cooperatives. Fuerza Laboral’s network of co-ops has a social justice mission in addition to centering the values of human rights, worker autonomy, and dignity, and thus seek opportunities for collaboration over competition. Central Falls, a city of 1.5 square miles and over 20,000 residents, also has a high ratio of locally-owned businesses, especially food establishments. During the pandemic, many of these food establishments struggled to stay afloat. Dining space is necessarily very small in such a small, densely-packed City.
Meanwhile, Healthy Planet Cleaning Cooperative (HPCC) thrived during the pandemic, as reliable cleaning services were in greater need to disinfect commercial spaces. But members of HPCC were concerned with the dire situation of many of the immigrant-owned food establishments in our neighborhood. HPCC and Fuerza Laboral are members of the City of Central Falls’ Buy Local Campaign, an initiative that seeks to promote local shopping to keep our neighborhoods money within our neighborhood. Our participation in this campaign is a natural fit with the idea of co-ops ensuring that the money made by workers’ labor stays with the workers, instead of going up a long chain of management that doesn’t invest in the local community. Read more.

CNN Business: Here’s why 2021 could be a big year for labor unions 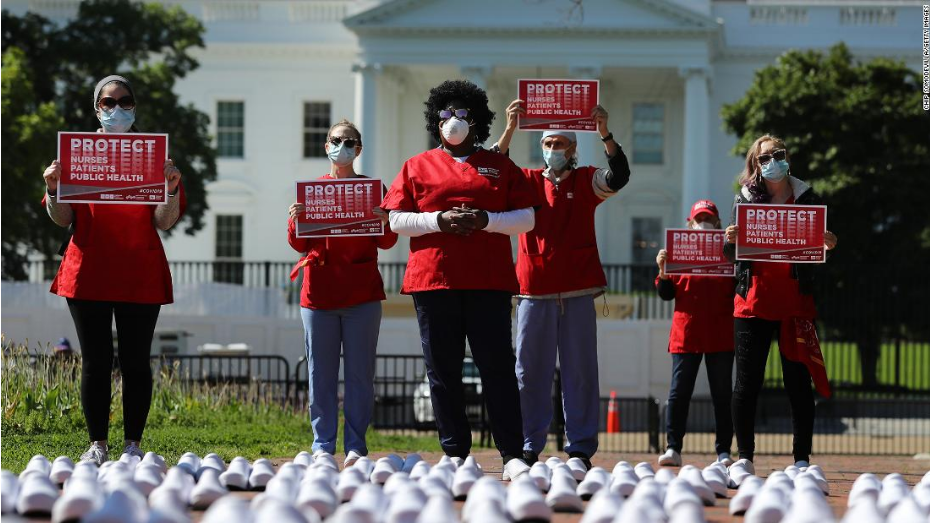 Rarely has the chasm between rank-and-file-workers and the extremely wealthy been this wide. While millions of people have lost jobs, gone hungry and struggled to pay for their basic needs, billionaires’ wealth soared to new heights in 2020.

And although the pandemic made things worse, America’s wealth gap has largely been expanding since the 1980s.

Among the many contributing factors: Far fewer jobholders have a seat at the table in negotiating with upper management than they did decades earlier. In 2020, union membership hit a new modern low.

“There is a direct correlation that when union membership is down, economic inequality is up,” said Kent Wong, executive director of the UCLA Labor Center, a department that studies labor and economic issues.

In cities across the US, and between the walls of some of the world’s largest enterprises, there is a swelling of union organizing activity that has been propelled by the pandemic and the recession.