Please join us in welcoming our new organizer, Autumn Guillotte, to the team at the Rhode Island AFL-CIO. Autumn is a lifelong Rhode Islander, URI alum, Truman Scholar, and Rhodes Scholar Finalist. She earned two masters degrees, in Public History and Human Rights, from the University College Dublin where she focused on international labor issues. Her first introduction to labor was at the age of 12 when she portrayed Mother Jones for the National History Day competition. Since then, she has been tireless advocate for working people and their families in the state of Rhode Island. Her email address is Autumn@riaflcio.com and mobile phone number is (401) 316-1359. 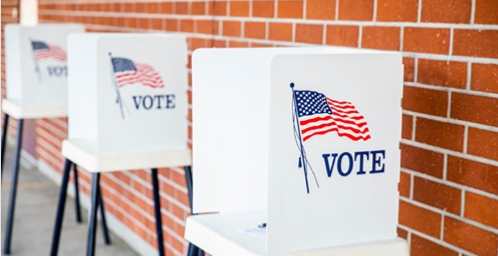 PROVIDENCE, R.I. (WPRI) — Rhode Island voters have approved seven bond questions authorizing $400 million in borrowing to fund projects across the state from beaches to transportation to early childhood education, according to unofficial results posted by the Board of Elections.

The bonds were on the ballot in an unusual March special election, since the questions weren’t approved by lawmakers in time to be on the November ballot.

Roughly 101,000 Rhode Islanders voted in the election, according to unofficial totals. More than 68,000 submitted mail ballots, while 9,400 voted early in person and about 23,700 voted at traditional polling places on Tuesday. 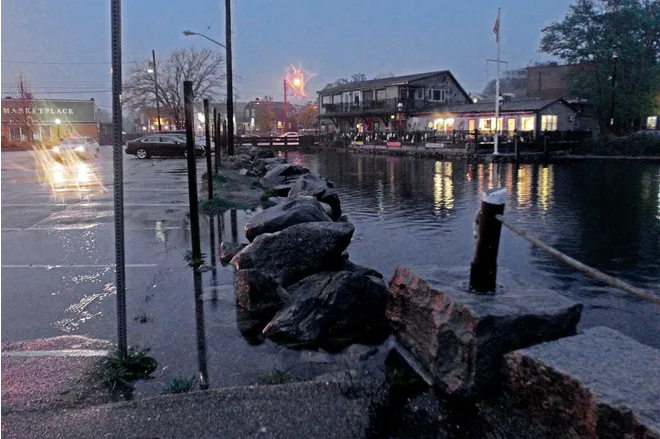 PROVIDENCE — Legislation that major environmental groups in Rhode Island say is key to local efforts in the fight against climate change cleared its first hurdle on Wednesday with committee approval in the Senate.

The Act on Climate bill, which would set mandatory, enforceable goals for reductions in greenhouse gas emissions, passed unanimously out of the Senate Committee on Environment and Agriculture and is now set to be voted on by the full Senate. A date for that vote has not yet been scheduled.

Its supporters describe the act as one of the most important pieces of climate legislation to come up for consideration in the General Assembly because it would make emissions reductions in the state legally binding and would form the foundation of future climate action in the state.

If it’s passed, Rhode Island would be required to reach net-zero emissions by 2050, meaning that any emissions produced at that point would have to be offset by processes that remove carbon dioxide from the atmosphere. Read more here.

EAST PROVIDENCE, R.I. (WJAR) — An East Providence educator who was the recipient of an act of kindness paid it forward, tenfold.

In December, Tabitha Watjen, who’s a “social, emotional learning facilitator” for the East Providence School Department, found out she had won a gift.

“I never win anything,” said Watjen. “We had some work done on our house, which allowed us to qualify for ‘The Roofing Doctor’s’ holiday giveaway.”

Before Christmas, in an effort to show appreciation for customers, owners of The Roofing Doctor gave away five, $200 gift cards.

Recipients were able to choose where they wanted the gift cards from and according to staff there, many of them used their money to give back in some sort of way.

Watjen wanted hers to go to good use.

“Reading is a really big deal for kids, so I wanted to use the money to buy books,” said Watjen. “At that time and especially during these difficult times, I really wanted to make sure that money went to support a small business but also wanted to do something good with it.

POD today at the West Warwick Civic Center. Vaccinating 200 members of our community. Thank you to all that helped!!

United Food and Commercial Workers Union Local 328 Facebook:
Local 328 members are showing support for their union brothers and sisters in the Netherlands! The Dutch Trade Union Federation, FNV, is an alliance of trade unions in the Netherlands and is currently in a contract battle with Ahold and other grocery markets. During the Stop & Shop strike in 2019, members of the FNV visited and spoke during bargaining in support of Stop & Shop workers. In solidarity, Local 328 members shared photos displaying a “high five” (this is a symbol they are using in support of their demand to secure a 5% GWI in their negotiations for a one-year deal) and shared videos of support. Read below to learn more about their campaign to secure a better future.

IBEW: Members Rise to Meet the Challenges of COVID-19 at Work

For most of us, the pandemic of 2020 has transformed our lives. Commutes, gone. Offices, gone. Drop-offs at school, gone. Sadly, too often loved ones gone as well.

But one of the most remarkable aspects of the COVID-19 pandemic for the members of the IBEW was how often and how often we were called on to maintain stability and provide the foundation that kept life and the rest of the economy from collapsing.

For the last 12 months, our members have made it possible for millions of people to work and study from home. The data centers that made billions of video calls possible were built with our hands. The hospitals, permanent and temporary, were built with our hands. Overnight, the 100-year-old model of where and when power is consumed changed completely — offices never lit up, houses never went dark — and we handled it without skipping a beat.

Someone out there coined the term, “The International Brotherhood of Essential Workers,” and it stuck.

It has been a full year since much of North America saw offices and schools shutter. For most of the members of the IBEW, work didn’t stop. Our jobs changed. Policies changed. The people we work with changed along with the shape of daily life. But it was still our work, and we did it with pride and a renewed commitment to safety. Read more here.

On this segment of LaborVision, Michael Perick, CEO, Student Resource Center, sits down with ILSR’s Robert Delaney and Erica Hammond to talk about the No-Cost College Program available to union members across the country. What started as an effort to offer affordable college to members of organized labor turned into a program that now allows for these individuals to obtain degrees without having to take any money out of their pockets. The group discusses what it means for people interested in higher education when barriers such as cost and accessibility are eliminated. Delaney also highlights an exciting new initiative that will allow individuals who have successfully completed some of ILSR’s courses and programs to reap these same benefits. Don’t miss this segment by checking it out on our website and get more information about the No-Cost college program with the contact information below.