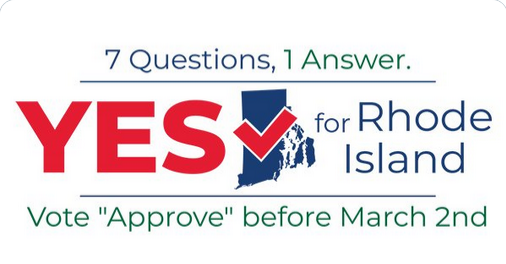 This spring, Rhode Islanders have a chance to carve out our own path to recovery by voting for better schools, clean drinking water, safer roads and bridges, and jobs that sustain our families.

PROVIDENCE – Rhode Island’s voters have been tasked with deciding whether the state will spend $642 million on seven proposed capital improvement projects.

The total amount for financing the capital projects includes $241.9 million in interest, based on 20-year loans and an interest rate of 5%. The principal cost for the projects is $400 million.

On March 2, voters will cast their ballots in the special referenda election, which will authorize the state to borrow money through bonds and temporary notes to finance the capital projects.

The Rhode Island Coalition hosted a virtual meeting on Zoom on Wednesday to provide information about the seven referenda questions. The coalition urged voters to vote “yes” on all seven of the bond questions, emphasizing an “urgency” in investing in the state’s projects for economic recovery amid the COVID-19 pandemic. Read more here.

Drivers and Helpers in Pawtucket Choose Union Representation with Local 251 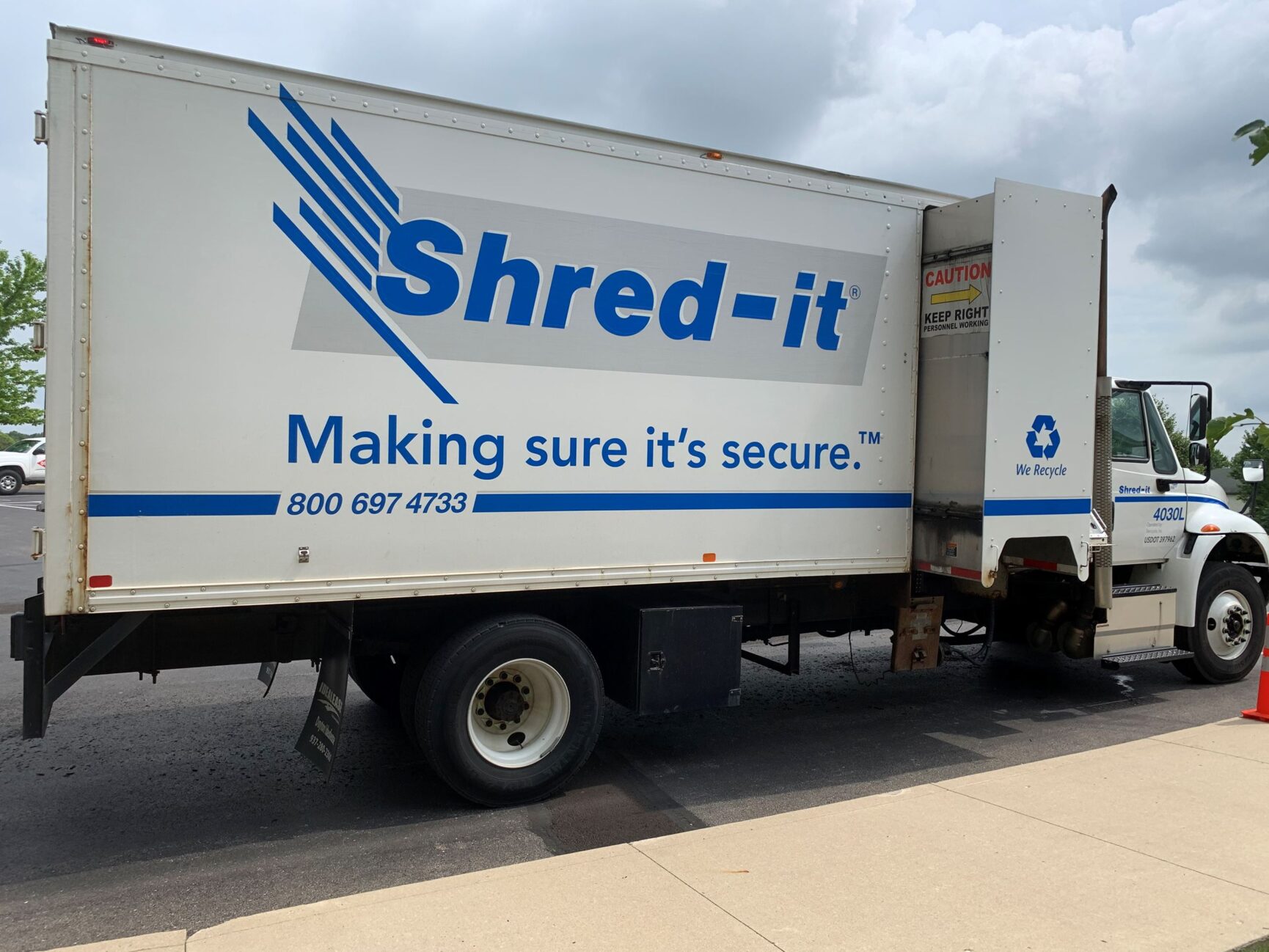 (PAWTUCKET, R.I.) – Drivers and helpers for Shred-it in Pawtucket, RI voted overwhelmingly, 13-2, to join Teamsters Local 251 in Woonsocket on Friday. The 20-worker unit overcame an aggressive anti-union campaign by management throughout the organizing drive.

“We are proud of what we accomplished in this election. Despite the company’s efforts to divide and scare us, we stood strong to win a voice on the job,” said Josh Linton, a Shred-it driver who played a key role in the unionization effort. “We knew better than to fall for the company’s lies. I applaud my co-workers for sticking together.”

A leading voice in the worker-led organizing committee, Linton was terminated illegally in retaliation for his strong support to form a union with the Teamsters. Local 251 is actively working for his reinstatement and has filed two additional unfair labor practice (ULP) charges with the National Labor Relations Board (NLRB) for the company’s attempts to misinform, intimidate and retaliate against workers during the organizing campaign. Read more here.

Exciting news!!! The hardworking team at Greenleaf Compassionate Care Center located in Portsmouth, Rhode Island, have filed for their union election! This group of budtenders, keyholders, online orderers and delivery associates strive to provide the best possible service for their patients. They are proud to call each other a family and are organizing with UFCW Local 328 to win a collective voice on the job to strengthen benefits and secure important workplace protections. On Tuesday, February 16th, a delegation of workers delivered a signed letter and photo collage to management, requesting the company to voluntarily recognize their union. An overwhelming majority of workers have shown support for unionizing. While we wait to hear a response from the company, a union election has been simultaneously filed. We call on the company to do what’s right and to respect the wishes of their employees to organize. The delivered letter from the workers includes, “We collectively made this decision because we love working at Greenleaf, and want to continue to be able to provide excellent services for our patients. We know that it is our hard work and drive to go above and beyond for our patients, and for each other, that has made it possible for us to set this compassion center apart from other medicinal facilities around the Northeast. Through our partnership with UFCW, we know we will have a stronger voice at our workplace, which will benefit all employees, patients and our company.” View more pictures here. 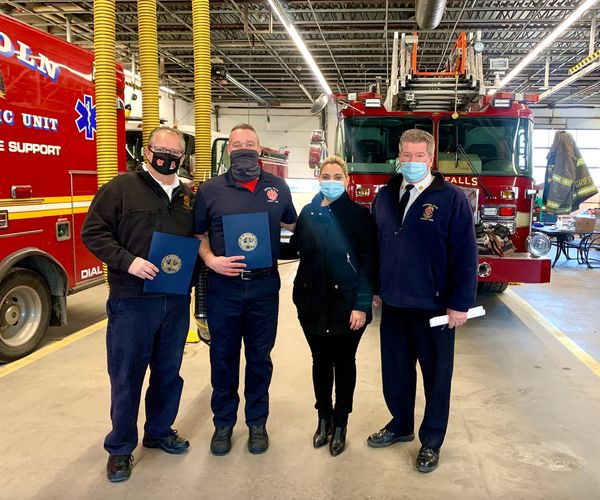 There are true heroes in our Central Falls community. Private Ryan Griffin and Battalion Chief Ken Brousseau with ourCity of Central Falls Fire Department are two of them.
On Sunday, February 7 at 1am, one of our off-duty firefighters, Private Ryan Griffin, was driving to work a night shift at the fire station, and passed by a house on Dexter Street. He immediately noticed unusual smoke coming from a home, pulled over, and called in a fire. As he got closer, Private Griffin could see an orange glow and fire rolling across the second-floor ceiling. He noticed footprints in the fresh snow, indicating someone may be home, and soon heard a young female’s scream for help. He spotted her in the second-floor window, and ran to the back of the home to try to make an entry, but fire at the doorway made it impossible.
Private Griffin knew there wasn’t much time. The young female was too terrified to climb to the fire escape, and scared to leave her dog. Private Griffin’s training and calm demeanor helped calm the young woman in her extreme distress. He convinced her to throw her dog safely onto a snowbank. He then coached her to squeeze through the tiny smoke-filled window onto the fire escape, where she then jumped into his arms to safety. The fire department soon arrived and put out the home’s fire. Read more here.

**Opportunity Alert!** Building Futures’ Construction Pre-Apprenticeship program is recruiting for our next class! Pick up an application from Building Futures, 1 Acorn Street, Providence, 02903, Monday -Friday from 9 am – 4 pm February 22nd – March 12th. Learn more at http://www.bfri.org/orientation-dates/
“The work is interesting- especially if you have the bug for knowing how stuff is put together- working with your hands. If you’re a hands-on learner and hands-on worker. It is definitely something for your future- 100%. I’m already making more money than I did in 2 years working at my last job.” – Jessica Joyce, Apprentice Bricklayer, Local 3

The International Union of Painters and Allied Trades Twitter:

Right-to-work originated in the 1940s as a way to maintain Jim Crow in the South. By passing the PRO Act, we could override right-to-work laws all across the country all at once. Let’s put right-to-work for less into the dustbin of history where it belongs once and for all.

In case you missed it, check out the latest episode of LaborVision on our website LaborVisionRI.org. A converstation with LISC Rhode Island’s, Jay O’Grady and Erin Cox, along with Jenni and Dennis Deloach from Joyful Hearts Child Care Center. The group discusses an important bond question Rhode Islanders will see on their ballots March 2, 2021. Question 5 is a $15 million bond authorization question which will capitalize the Early Childhood Care and Education Capital Fund. With host Erica Hammond, the group will discuss the existing state of childcare facilities in RI what this bond would mean for not only care providers but most importantly, the young Rhode Islanders they work with every day.

Rhode Islanders can vote early, in person, February 10 – March 1 or vote on Election Day, March 2, 2021 at your designated polling location. Find your polling location at vote.ri.gov.

Don’t miss next week’s segment, Erica Hammond sits down with United Way of Rhode Island’s CEO Cortney Nicolato. At the start of the new year United Way of RI introduced its LIVE UNITED 2025 strategic plan. This plan will guide the organization for the next five years from 2020 until 2025. Nicolato highlights the ways 2020 forced them to take a step back, examine the work they’ve been doing for 50 years, and make a conscious effort to improve. The pair will discuss the importance of explicitly addressing systemic inequity in their fight against poverty throughout the state and exactly what their organization is doing to make this happen.