TODAY, Rhode Island caregivers and supporters rallied at the State House to demand safe staffing and fair wages through passage of The Nursing Home Staffing and Quality Care Act. “We’ve faced a staffing crisis for years in our nursing homes, but COVID has only made being a caregiver even more challenging,” said Trish Connley, a CNA at Greenville Center. “Working over the last year has been so emotionally and mentally exhausting, and there are days when I have gone home in tears because I feel like I can’t give our residents the care they need. We desperately need our General Assembly to pass the Nursing Home Staffing and Quality Care Act so we can provide our residents with the compassionate, high-quality care they deserve.” Safe staffing is long overdue; it is time our lawmakers agree!

Providence Journal: Opinion/Blais: Prospect payout to pensioners was no act of good faith 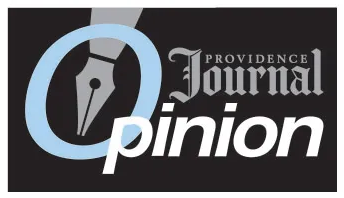 The fact is, Prospect Medical Holdings was sued in state and federal court for the role it allegedly played in the collapse of the St. Joseph Health Services of Rhode Island Retirement Plan. The allegations are horrifying: Prospect was sued for, among other things, fraud through intentional misrepresentations and omissions, conspiracy to injure, willingly/knowingly giving false or incorrect information, and knowingly aiding and abetting in breaches of fiduciary duty.

Doctors Buonanno and Beliveau claim that Prospect “voluntarily settled the pending lawsuit as a gesture of commitment to those who have lost pension benefits.” They further claim that Prospect “has consistently acted in good faith” and “has once again done the right thing.”

AFL-CIO: Increase in Union Density Part of a National Groundswell

Statement from AFL-CIO President Richard Trumka on the increase in union density in 2020:

In 2020, America saw working people in a new light, as the true engines of our economy and the trusted servants who can carry us through a crisis. While last year was filled with unemployment and economic pain because of a deadly pandemic and the incompetent federal response to it, union density rose. We believe this increase is part of a national groundswell. The popularity of unions is at 65%, one of the highest marks in a half-century, and research shows that more than 60 million workers would vote to join a union today if given the chance. The inauguration of President Joe Biden, who showed on his first day he is willing to fight for working people’s safety and to get union busters out of government, presents a once-in-a-generation opportunity to finally create an environment where what workers desire truly drives union density. And that requires passing the Protecting the Right to Organize (PRO) Act so that our labor laws support and protect the freedom to form a union.

Economic Policy Institute Why the U.S. needs a $15 minimum wage

The federal minimum hourly wage is just $7.25 and Congress has not increased it since 2009. Low wages hurt all workers and are particularly harmful to Black workers and other workers of color, especially women of color, who make up a disproportionate share of workers who are severely underpaid. This is the result of structural racism and sexism, with an economic system rooted in chattel slavery in which workers of color—and especially women of color—have been and continue to be shunted into the most underpaid jobs.1

The Raise the Wage Act of 2021 would gradually raise the federal minimum wage to $15 an hour by 2025 and narrow racial and gender pay gaps. Here is what the Act would do:

Union membership data are collected as part of the Current Population Survey (CPS), a monthly sample survey of about 60,000 eligible households that obtains information on employment and unemployment among the nation’s civilian noninstitutional population age 16 and over. For more information, see the Technical Note in this news release. Read more here.

UPCOMING EVENTS:
None at this time.