Back in November 2019, you pledged that education would be the number one priority of your second term. You voiced your commitment to a quality public school education for all Rhode Island students and vowed to “stay the course” to transform Providence schools, saying, “Change is hard. … I’m not going to turn my back on these kids or on these teachers.”1

We are writing to ask you to stand by this pledge and urge the state Board of Education’s K-12 Council to table the proposed drastic charter school expansion it is considering on Dec. 15.

This expansion would financially destabilize the Providence school district, because it would drain money from neighborhood public schools. Districts across the country have been driven into terrible financial distress by charter expansion in recent years.2 Expanding charters could cost affected Rhode Island districts $27 million in unrecoverable costs in the 2021-22 school year alone—and a total of $217 million in lost costs over the next five years.

The damage won’t be just to specific districts like Providence and Central Falls. Already, 23.3 percent of proposed new education aid in the state’s FY21 K-12 education budget has been allocated for charters. This expansion would siphon even more money from the traditional public schools that the vast majority of Rhode Island children attend. And for what? Extensive research over the past decades has failed to substantiate any clear charter “advantage.”

Pres. Sabitoni: Brown’s construction of its Performing Arts Center represents hope and work opportunities for those in the RI Building Trades despite difficult times. We are grateful to Brown and Shawmut for keeping our union workforce safe.

Opinion/Amore: A ‘pause’ is needed in charter school expansion

Rep. Gregg Amore, a Democrat, represents District 65 in East Providence. He is the chair of the Finance Subcommittee on Education and a member of the House Committee on Health, Education and Welfare.

In this, the season of the “pause,” I urge the Rhode Island Board of Education to take a step back and pause before taking up consideration and approving the recent requests to significantly expand charter schools in Providence and throughout the state.

Traditional public schools serve the overwhelming majority of students in their communities and Providence students deserve the opportunity to see the turnaround promised to them fully underway before resources are diverted. Significantly expanding charter schools or seats were not highlighted or even mentioned as a strategy for improvement in the Turnaround Action Plan for Providence Public Schools (TAP).

When Johns Hopkins University released its report regarding the state of the Providence school system, many feared that its findings would be used as a justification to rapidly expand charter schools in the city. I was not among those skeptics.Read more here.

Teamsters Joint Council 10 Facebook:
THE MOST IMPORTANT HOLIDAY DELIVERY Teamsters Local 251 Preload Chief Steward Matthew Knowlton chief steward delivers the vaccine to Rhode Island Hospital. Knowlton and his Teamster sisters and brothers throughout the logistics chain are delivering vaccines to hospitals across the nation. Rhode Island Hospital is the home to nearly 3,000 Teamster Local 251 members who have been on the front-lines in the fight against the pandemic. Thanks to Brother Knowlton and all the Teamsters on the front lines.

“The Teamsters are very happy to help out with this effort to help our homeless brothers and sisters,” said Matt Taibi, Teamsters Local 251 Secretary Treasurer. “We are well aware that the pandemic has not only made the needs of struggling Rhode Islanders greater, but has also made it harder than ever to connect people with the help they need. We are grateful for the opportunity to help make a difference for the most vulnerable people in our state.”

While picking up the full load of coats this afternoon at the RI state House, Gina Raimondo talked briefly with the Director Brian Palmer and trainer Eddy Reis as to the the great job the driving school is doing training our CDL drivers. Without the hard work of the whole Real Jobs team at the RIDLT under the direction of Dir. Jensen, Julie O’Connell and our own grant advisor Keith Murray, those that have had their lives changed for the better with a CDL may not have had the opportunity. We couldn’t be prouder than to be driving around the state with the RJRI and Teamsters logo on the side of all of our trailers and it is a testament to the great work done by the leadership in the state and Local 251 day in and day out. 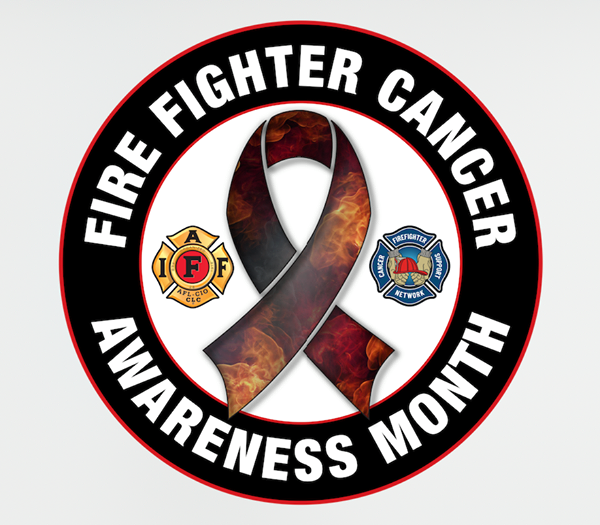 We are so excited to announce our partnership with the International Association of Fire Fighters!

We are teaming up for the entire month of January and beyond to affect positive change and educate firefighters across the nation about occupational cancer and how to stop it. Would you or someone you know benefit from joining us on this month-long journey? Sign up for the email list here: https://buff.ly/3miM5TN.

The campaign, which kicks off January 4th, draws attention to the scope of the cancer problem in the fire service, and focuses on education, best practices for prevention and helping survivors of occupational cancer. Resources include safety stand downs, daily training briefs, fact sheets and other tools for prevention and mitigation.

We invite you to share the link to sign up for our email list, follow our social media outlets, listen to our podcasts, participate in our Safety Stand Downs, and follow our training briefs and help us win this fight against cancer. Together we can make a difference!

On the latest episode of LaborVision, RI AFL-CIO’s President George Nee and Secretary-Treasurer Patrick Crowley discuss a handful of the legislation on RI Labor’s agenda for next year’s legislative session. President Nee discusses the work that will continue to increase the minimum wage with a path to $15/hour over a span of three years. He also highlights the ongoing campaigns to increase the wages and working standards of both Direct Service Providers and individuals working in the nursing home industry. Secretary-Treasurer Crowley highlights labor’s concerns with the current continuing contract legislation and the benefits of extending this legislation to all public-sector workers. The group also discusses the Revenue for Rhode Island campaign which will add one new tax bracket for top 1% of earners on adjusted gross income above $475,000. The pair also discuss an exciting new project in Rhode Island involving green infrastructure and green manufacturing.

Don’t miss this segment and stay up to date on all LaborVision’s latest episode’s by visiting our website:www.laborvisionri.org.