RI Federation of Teachers & Health Professionals: Stop the Board of Education from rubber-stamping a drastic charter school expansion

The time is short. The Board of Education has plans to approve eight charter school applications (for either new charter schools or expansions of existing ones) on Dec. 15. We’re trying to stop them, because this dramatic charter school expansion is the opposite of what our students need right now.

So, please, click on the link below to email your state representative and senator today. There isn’t much time. Your help now will affect the future of our schools going forward.

We know what this charter expansion will cost, and we know that it will hurt every school district in the state. Here’s why: Charters drain money from individual school districts. Charter expansion could cost affected Rhode Island districts a whopping $19.6 million in unrecoverable costs in the 2020-2021 school year—and a total $217 million in lost costs over the next five years. What’s more, charters siphon money from the entire state funding pool—no matter which school district you’re in: 23.3 percent of new money in the state’s K-12 education budget this school year went to charters, leaving less for the vast majority of kids who attend regular public schools. So whatever your school district, charter proponents are making the funding pie much smaller. Wherever you teach or your kids go to school, charters want that funding and will do what it takes to get it—if we don’t stop them. Read more here.

National Education Association RI:
RELEASE: NEARI Executive Committee votes for statewide distance learning by week’s end and urges testing for all upon return, thanks superintendents who have taken action.
The NEARI executive committee yesterday voted unanimously for Governor Raimondo to close all Rhode Island school buildings by Friday, December 11 and for a statewide move to distance learning for all students through the end of the common calendar winter break on January 4. Additionally, the committee calls for a coordinated effort by RIDE and RIDOH to ensure all students and staff are tested prior to returning to school buildings in 2021. The Governor at her weekly press conferences urges Rhode Islanders to get tested and frequently indicates that testing is key to the state’s overall strategy. Because public schools are an integral component woven into the fabric of our cities and towns, the NEARI executive committee insists that students, education professionals, and staff must be tested for COVID-19 to further safeguard our communities and curb the spread of this rampant disease.
The committee thanks all the superintendents who put the health and safety of our students, educators, and staff first and made the decision to close buildings. The committee encourages other administrators to take this crucial step in keeping the Ocean State safe through the holiday season.
The NEARI executive committee is comprised of elected officers and local union presidents representing the 12,000 NEARI members across Rhode Island’s K-12 districts, higher education institutions, state and municipal workers, and retired members.

(RICHMOND, R.I.) – Workers at Riverhead Building Supply have ratified their first Teamsters contract providing for wage increases and health care benefits. The drivers, yardmen and forklift operators will be joining their coworkers at North Kingstown and Middletown who already have contracts with Teamsters Local 251.

“Negotiations moved slow and steady for a while and then came to a halt over health benefits,” said Matt Taibi, Teamsters Local 251 Secretary-Treasurer.

“Pay and health benefits were the two main issues raised by the workers when they reached out to me,” said Teamster Organizer Mike Simone. “We already had two other Riverhead locations covered by a good contract when the company purchased the Richmond location,” he said.

“We called the Teamsters when we realized the company was not going to raise our pay and benefits up to what our coworkers got at the other Teamster facilities in Rhode Island,” said Dan Hannuksula, a 20-year driver at the Richmond location. “The company kept giving us the runaround whenever we would ask about raises or better health benefits.” Read more here. 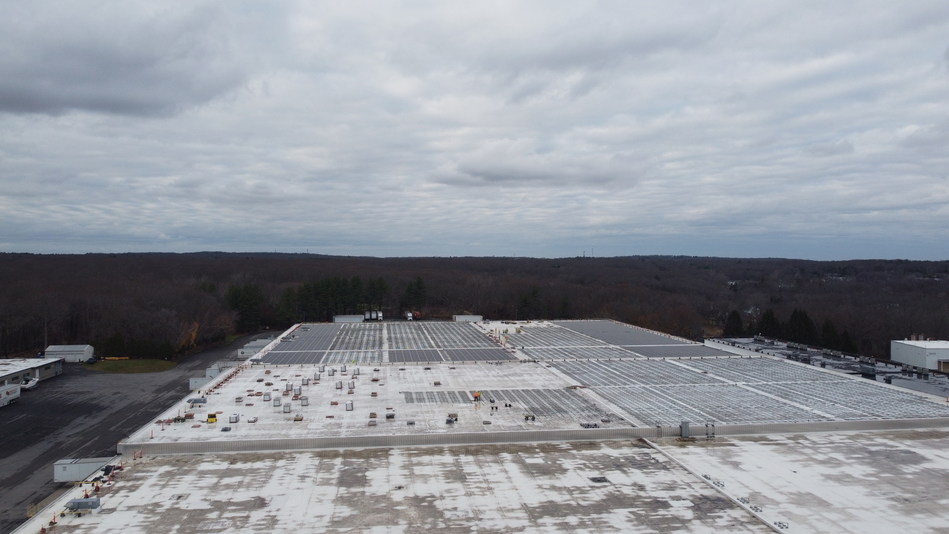 WARREN, R.I., Dec. 7, 2020 /PRNewswire/ — NuGen Capital Management, LLC (NuGen) starts construction of a 6.76 MWdc rooftop solar power system in the company’s home state of Rhode Island. The project, comprised of over 16,000 solar panels, is being installed by AUI Partners on a 560,000 square foot warehouse in East Greenwich, Rhode Island. Full commercial operation of the project is expected in early 2021.

“The AUI team is excited that NuGen Capital has selected us as their EPC partner for the Briggs Solar project. Over the past 15 years, AUI has worked on more than 3 GW of renewable energy projects across the United States, and Briggs is by far our largest rooftop installation. We are now in full operations mode, and look forward to successfully delivering the project safely, on schedule, and under budget,” said Mario Carbone, Partner with AUI Partners, LLC. Read more here.

“Apprenticeships provide Rhode Islanders with an opportunity to gain real, practical job training and a pathway to a stable, good-paying career,” said Rhode Island General Treasurer Seth Magaziner. “I am pleased to announce that Rhode Islanders can now use their CollegeBound funds, Rhode Island’s 529 savings plan, to pay for costs associated with apprenticeships.”

Apprenticeships are valuable job training programs for workers who are at the beginning of their career or are considering a career change. These programs provide practical hands-on training for workers through paid, relevant workplace experience. Through apprenticeships, Rhode Islanders can access stable careers in a variety of fields including health care, where workers are currently in high demand due to the Covi-19 crisis. Read more here.

Providence, RI -The International Alliance of Theatrical Stage Employees (IATSE) Local 23 of RI, in partnership with CCRI, is hosting its second Annual Toy Drive to benefit families in need, whose parents are attending the Community College of Rhode Island (CCRI) as students. This year, in an effort to assist more families, support small businesses, and to follow current health protocols, IATSE Local 23 has partnered with Henry Bear’s Park, located at 736 Hope Street in Providence, and their It Takes a Village Program by providing care packages, in the form of gift cards to children in need. Henry Bear’s Park matches 25% of all total donations. Donations are accepted until December 11 in order to distribute all donations digitally in time for the holiday season.

If you are interested in donating to the It Takes A Village Program, please visit https://www.henrybear.com/Donate-A-Care-Package?location=3&quantity=1 Please select the IATSE button and indicate how many care packages you’d like to donate. All transactions are tax-free and secure using Henry Bear’s Park website. Read more here.

AFL-CIO: On the Anniversary of the AFL-CIO Merger, Listen to How It All Began

On this day 65 years ago, the American Federation of Labor and the Congress of Industrial Organizations, the country’s two leading labor federations, joined together to consolidate working people’s goals and activism in pursuit of a better tomorrow. The AFL-CIO’s first president, George Meany, spoke to the new federation’s first convention in New York on Dec. 5, 1955.

As we look forward to another year of fighting on behalf of the hopes and aspirations of working people, let’s take some time to look back at how it began and keep in mind the many who came before us, those who built the foundation upon which we now stand.

Courtesy of the University of Maryland, we can listen to Meany’s speech at that first convention, presented in two parts:

It’s not too late yet to find that perfect holiday gift that carries a union label and is made in America. Below is a wide range of gift possibilities, from clothes to games to sports equipment and more, made by members of UNITE HERE, Boilermakers (IBB), Bakery, Confectionery, Tobacco Workers and Grain Millers (BCTGM), Machinists (IAM), United Steelworkers (USW), Teamsters (IBT), UAW, United Food and Commercial Workers (UFCW), the Retail, Wholesale and Department Store Union/UFCW (RWDSU/UFCW) and United Farm Workers (UFW).

This list is compiled from Union Plus, the AFL-CIO Union Label and Service Trades Department (UL&STD) and the BCTGM website. Check them out for even more gift ideas.

Now showing on Labor Vision … Now playing on the At Home edition of Labor Vision, Principal Officer Matt Taibi and Chief Organizer Mike Simeone of Teamsters Local 251 sit down with Erica Hammond to talk about recent, and not so recent, organizing victories; that have led to contracts, and even more organizing victories by extending leads within the same employer, or same sector or work unit that has been bought out. These guys could give a master’s class in how to organize a workplace, and this is the video to watch for some of their tips.
Also in this segment, Erica is joined by National Education Association of Rhode Island (NEARI) President, Lawrence Purtill, and Children’s Fund Coordinator, Valerie Staples. They talk about NEARI’s Children’s Fund and how it came to fruition over thirty years ago. The pair also highlight some of the Fund’s incredible work in the community, including the annual Gingerbread Express. The group discusses how the COVID-19 pandemic has, for the first time in 30 years, stopped the Gingerbread Express in its tracks and now the Children’s Fund is finding alternative was to help children in need this holiday season. And as Val says, the best way to make a difference this year, is to go to www.neari.org/gingerbread and pick the most convenient way to donate.