“These recent votes show the confidence student transportation workers have in the leadership of Local 251 to represent them well and negotiate a good contract for them,” said Rick Middleton, Teamsters Passenger Transport Division Director. “This group joins over 1,000 other student transportation workers at nine other school bus yards represented by our union throughout Rhode Island.”

“When workers organize collectively to join our union in the numbers we have seen in Rhode Island’s student transportation industry, it increases our ability to negotiate better standards for the workers in this field,” said Matt Taibi, Secretary-Treasurer of Local 251. “These workers safely transport our most precious cargo, our children, to school every school day. When companies realize the importance of these jobs to our communities; recognize and respect their workers with fair wages, benefits and safe working conditions – everybody wins.”
Read more here.

In 1934, workers across Rhode Island went on strike as part of one of the largest industrial actions in American history – the General Textile Strike. In the mill village of Saylesville, workers fought with deputy sheriffs and eventually the national guard. Two workers were killed in an event known as “The Saylesville Massacre.”

The Providence Journal: Opinion/Ruggerio and McCaffrey: The time for action is upon us

First in, last out. That refrain became ingrained in our state’s collective psyche after our failure to quickly recover from the Great Recession.

The COVID-19 pandemic is as much an economic crisis as it is a public-health crisis. If we fail to take bold action now, then Rhode Island will slog to recovery just as it did in the aftermath of the Great Recession. That is why we are working diligently to chart a new course for Rhode Island in 2021.

Some of our priorities remain the same. During this time of unprecedented need, we will protect and foster the most fundamental socioeconomic needs of Rhode Islanders. The Senate will continue to fight for the codification of the Affordable Care Act, affordable housing, and a strong Equal Pay Act to address the gender wage gap. Read more here. 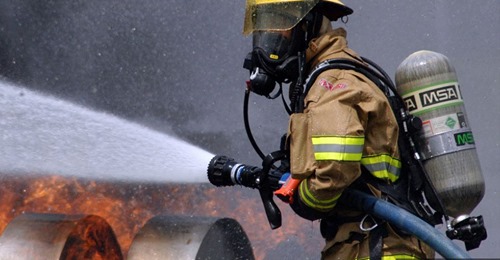 The union sent a letter to the National Governors Association on Thursday, making the request.

ROCKFORD, Ill. (WIFR) – The International Association of Fire Fighters requested governors include them on the highest priority tier in states like Illinois’ COVID-19 vaccine distribution plan.

The union representing 322,000 professional fire fighters and emergency medical personnel, sent a letter to the National Governors Association on Thursday, making the request.

“The virus not only places the lives and health of responders at risk, it also poses a risk to the larger community as well as to fire fighters responding to emergencies in homes, businesses and elsewhere before they may be aware of an infection,” the IAFF said.

You can read the entirety of the letter from IAFF General President Harold A. Schaitberger here.

The Washington Post: Workers call on Walmart, Amazon and other retailers to bring back hazard pay ahead of holiday rush

Though many grocery and retail chains offered extra pay — typically an additional $2 per hour early in the pandemic, most have done away with those bonuses.

Workers at Walmart, Amazon, Kroger and other major retailers are calling on their employers to reinstate hazard pay and strengthen safety protocols ahead of the busy holiday shopping season as coronavirus infection rates skyrocket.

The United Food and Commercial Workers Union (UFCW), which represents 900,000 grocery employees at chains such as Kroger, Safeway and Giant, on Monday urged retailers to do more to protect workers from the virus that has sickened more than 12.3 million Americans. Separately, the workers rights group United for Respect called on such employers as Walmart, Amazon and Petco to pay an extra $5 an hour for the duration of the pandemic. Although many grocery and retail chains offered extra pay — typically an additional $2 an hour — early in the pandemic, most have since done away with the premium. Read more here.

Ready to serve a scrumptious Thanksgiving dinner this year? We have what you need to prepare your intimate family feast, from union-made cookware to our favorite recipes.

Make Thanksgiving extra special and one of big flavor with these festive dishes made with union-made ingredients. Also, check out the ways you can virtually connect with loved ones on Thanksgiving and even share those treasured family recipes!

***Remember to buy Union-Made for Thanksgiving. Remember to buy at Stop &Shop, Shaws and East Side Marketplace where our union brothers and sisters work.