The legislation was introduced by City Council Majority Leader Jo-Ann Ryan at a City Council meeting earlier this month.

Any hotel worker who was laid off or furloughed because of the pandemic will have first priority at being rehired before other candidates.

“We don’t yet know how long this current pandemic will impact our hospitality industry, but this important piece of legislation ensures that our hospitality industry employees will have jobs to come back to when their hotel reopens,” said Ryan. “It also gives our hardworking hospitality professionals peace of mind that they will get their jobs back and reclaim their livelihoods as we return to normal business operations.”

This will apply to those workers when city hotels reopen.

The union had tried to revert the school — or any school in the district in a similar situation — to remote learning due to a high number of staff absences and quarantines due to the pandemic. And while the judge’s ruling focused only on the temporary restraining order, union president Maribeth Calabro said it was unlikely the teachers would move forward with the overarching legal challenge.

The R.I. Department of Education, which controls Providence schools, has filed a motion to dismiss the suit in Providence Superior Court.

“I am disappointed, but I understand what happened,” Calabro said in a news conference following the decision. “I am concerned given the urgency and the uptick of COVID and COVID-related issues within the state.” Read more here.

According to a news release, “an overwhelming majority of workers” were officially certified by the Massachusetts Department of Labor Relations to join United Food and Commercial Workers Local 328, which now allows the employees to negotiate a union contract. Cresco Labs, a multistate marijuana company based in Chicago, operates a cultivation and processing facility as well as Sunnyside Dispensary in Fall River.

In unionizing, the Fall River workers join Cresco employees in Chicago as well as workers at other cannabis companies in Massachusetts.

This latest move to unionize by Massachusetts workers comes as the marijuana industry in the state surpassed $1 billion in sales since adult-use sales began two years ago.

“We applaud cannabis workers for forming unions to make sure that, as this industry grows, workers are able to share in the success,” said Timothy Melia, president of UFCW Local 328.

In 1934, workers across Rhode Island went on strike as part of one of the largest industrial actions in American history – the General Textile Strike. In the mill village of Saylesville, workers fought with deputy sheriffs and eventually the national guard. Two workers were killed in an event known as “The Saylesville Massacre.” 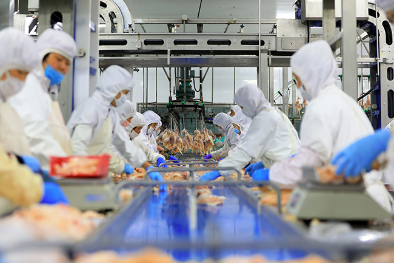 For months, public health organizations and labor groups have criticized OSHA for failing to issue an emergency temporary standard for COVID-19. Federal OSHA has stuck by its strategy of only issuing guidance based on ever-changing CDC recommendations, claiming that existing standards and the general duty clause are strong enough to allow them to protect workers and hold employers accountable.

The problem with this approach was that, despite receiving over 4,100 whistleblower complaints between February and June, federal OSHA wasn’t actually issuing any citations to employers who put the safety and health of their employees at risk. According to its COVID-19 Response Summary, the agency didn’t issue its first COVID-19 citation until the middle of July, and only issued four total in July and August. By comparison, WorkSafeBC, which oversees workplace safety and health in British Columbia, issued over 330 orders for health and safety violations related to COVID-19 by the middle of July – and that’s in a small province of roughly five million people. Read more here.

Good afternoon. Thank you for joining this call.

More than that, thank you for your role in making our democracy strong.

I am hopeful that the end of the Trump presidency will bring a newfound respect for the institution of journalism.

A year of anger and sorrow and civil unrest. A year of unfathomable loss. Loss of jobs and economic security. Loss of life.

The U.S. just reported more than 100,000 new COVID-19 infections, the most cases in a single day since pandemic’s start.

But during this trying year, union members have delivered for America—every day in every way. Stocking the shelves. Moving goods and people. Fighting the fires. Healing the sick.

The resilience of unions is the story of 2020. It’s been on display all year. Read more here.