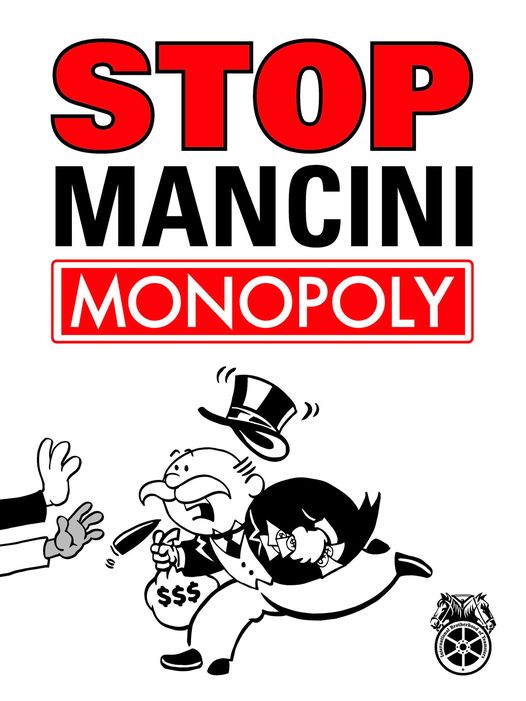 Recently our members at McLaughlin & Moran, the lone Budweiser distributor in Rhode Island, were told the distributor was being sold to one of the companies owned by the Mancini family. Mancini Beverage also owns the lone Miller/Coors distributor in Rhode Island. If this sale is approved by regulators, the combined company will essentially have a monopoly, as they’ll have the exclusive right to distribute the major beer brands that make up 76% of the national market share, as well as products from 300 other producers.

Not only could this sale hurt local restaurants, bars, and the rest of the hospitality industry, but it is bad for workers, too. Mancini Beverage has refused to honor the two years remaining on our members’ current labor contract at McLaughlin & Moran. This means that Mancini will cut our members’ pay by up to $7.00 per hour and will end their defined benefit pension plan.

We do not believe such a sale is in the best interests of our members or the citizens of Rhode Island.

This Friday, October 30 at 11:00 am, the RI Department of Regulations (DBR) has scheduled a virtual hearing for public comment on the transfer of McLaughlin & Moran’s license to the Mancini family business.

SAY NO TO MANCINI MONOPOLY IN RI! Click here.

Teamsters Joint Council 10 Facebook: Rogers Corp. Workers Ratify First Teamster Contract
Teamsters Local 251 members at Rogers Corporation voted by 90 percent to ratify their first contract with the Narragansett-based manufacturing facility. The more than 100 production, maintenance, inspection and shipping/receiving workers will now have a three-year contract that improves wages, healthcare, retirement, and vacation time. Additionally, the new members have strong contractual protections that creates just cause in discipline, automatic union representation, grievance and arbitration procedures, seniority rights on bidding and displacement and other strong Teamster protections. “A union contract is the only way for a U.S. worker to have real protections on the job that are not subject to the whim of management,” said Matt Taibi, Local 251 Principal Officer. “A Teamster contract not only provides the the legal protections, but it gives workers a strong, fighting force behind them.” 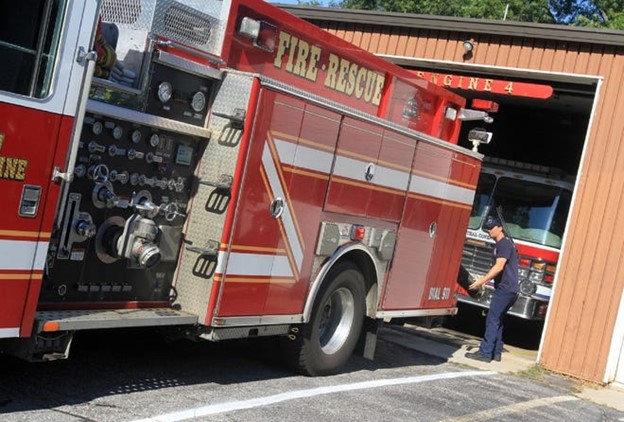 The intersection of controversial financial turnaround guru Gayle Corrigan and firefighters is once again playing out in Rhode Island, this time in a lawsuit in U.S. District Court.

Coventry firefighters are accusing the Central Coventry Fire District, under the oversight of its manager, Corrigan, of violating federal fair labor standards by failing to pay them more than $139,000 in overtime over two years.

Capt. James Almagno sued the district last week in U.S. District Court on behalf of 25 current and former firefighters. The firefighters ask the court to declare that the district willfully violated the Fair Labor Standards Act, a federal law that sets minimum wage and overtime pay standards in the workplace. They are seeking back wages and unspecified damages. According to the lawsuit, the contract reached between Coventry Firefighters Union Local 3372 and the district in 2015 specifies that once the district pays out $120,000 in overtime any given fiscal year, the district “shall pay firefighters … their straight hourly rate” for any hours worked in excess of 53 a week or 212 over a 28-day period. The firefighters contend that cap violates federal law. Read more here.

In the United States of America, labor unions create democracy in the workplace and a voice for working families. Joe Biden has always shown up for labor – and now labor will show up for Joe.

Together, we will elect a Biden / Harris administration that will value the rights of union members, and that will build our nation back better.

On Sunday, November 1, 2020, at 7:00 P.M. EST, Joe will stand with us again during a special online “GOTV” event to rally union members across New England in one last big push to VOTE!

Organized by union members and leaders from across New England, this special online event hosted by Boston’s Mayor Marty Walsh will unite top leaders and voices from across the region and beyond.

Please join with us by RSVP’ing today and you’ll receive special access to this historic event with Presidential nominee and former Vice President Joe Biden.

Economic Policy Institute: Raising the minimum wage to $15 by 2025 will restore bargaining power to workers during the recovery from the pandemic

The 1963 March on Washington for Jobs and Freedom demanded a federal minimum wage that would, as economist Ellora Derenoncourt has observed, be the equivalent in inflation-adjusted terms of almost $15.00 an hour today. While organizing efforts such as the “Fight for 15” have led to many minimum wage increases at the state and local level, the current $7.25 federal minimum wage stands at less than half of that 57 year-old goal.

In spite of national grassroots efforts, Congress has failed for more than a decade to raise the federal minimum wage. Most recently, opponents have argued that the pandemic means that we still can’t afford to raise the minimum wage to the level sought by the Civil Rights movement back when John Kennedy was president.

In 1963, the applicable minimum wage varied by industry between $1.00 and $1.25 per hour, and there was no minimum wage at all for agriculture, nursing homes, restaurants, and other service industries that disproportionately employed Black workers. The March on Washington’s demands were for a $2.00 national minimum wage “that will give all Americans a decent standard of living” and to extend its coverage “to include all areas of employment which are presently excluded.” Read more here.

Did you know that when you do your Halloween shopping, you can use the power of your paycheck to support good jobs that pay well and respect the rights of working people? Here is a handy guide to the union-made treats that will make your holiday not only fun, but will help working people, too.  See list.

**Remember to purchase your food where your union brothers and sisters work: Stop & Shop, Shaws and Eastside Marketplace.

▪ Labor Vision goes on location to learn about the pre-apprenticeship program at Building Futures as Director Andrew Cortés gives a tour of the Building Futures training facility and discusses how they give back to the community. Here, in partnership with One Neighborhood, Building Futures helps to improve the neighborhood in Riverside Park by constructing five net-zero emissions homes for low income residents. We also meet recent graduate, Lius Terrero, who gives insight into the skills he learned and how, now, as a union carpenter his family’s situation has dramatically changed for the better.