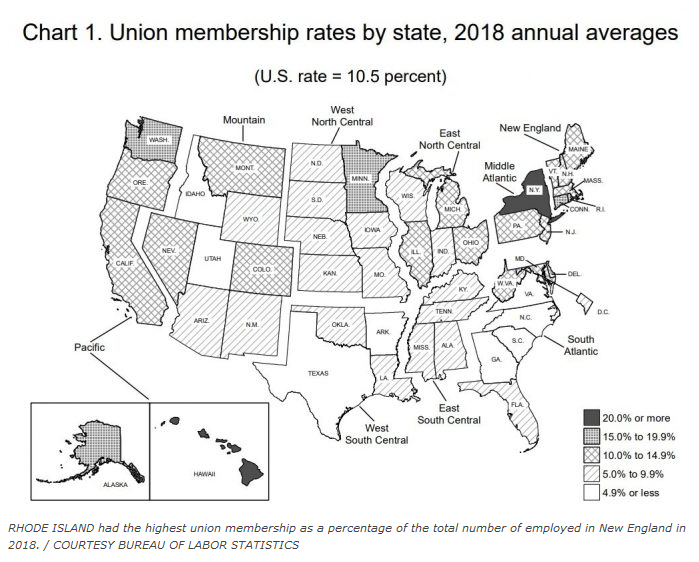 PROVIDENCE – In 2018, 17.4 percent of Rhode Island workers were members of a union, or 83,000 workers, a year-over-year increase of 5,000 union members, according to the Bureau of Labor Statistics Friday.

Roughly 89,000 workers in Rhode Island were represented by unions, or 18.5 percent of employed workers. 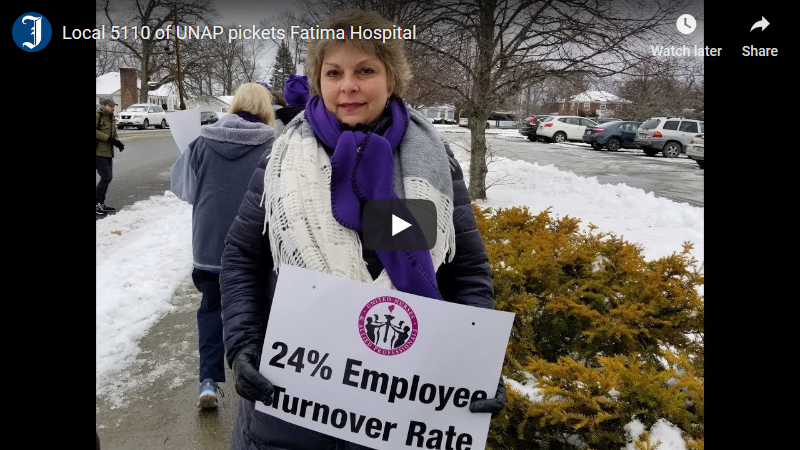 With their current contract set to expire on Jan. 31, members of Local 5110 of the United Nurses and Allied Professionals at Our Lady of Fatima Hospital on Wednesday picketed outside the hospital to call attention to what the local’s leadership described as an “abhorrent record on patient and worker safety” by owner CharterCARE Health Partners.

NORTH PROVIDENCE — With their contract set to expire on Jan. 31, members of Local 5110 of the United Nurses & Allied Professionals at Our Lady of Fatima Hospital on Wednesday picketed outside the hospital to call attention to what the local’s leadership described as an “abhorrent record on patient and worker safety” by owner CharterCARE Health Partners.

“I am a 40-year employee of Fatima Hospital, and we are proud of the work we do putting patients first, but Prospect CharterCARE — they don’t seem to worry about prioritizing patient care and employee safety,” Cindy Fenchel, president of UNAP Local 5110, said outside the hospital at the 2 p.m. the start of the picket, which was scheduled to continue until 5 p.m. 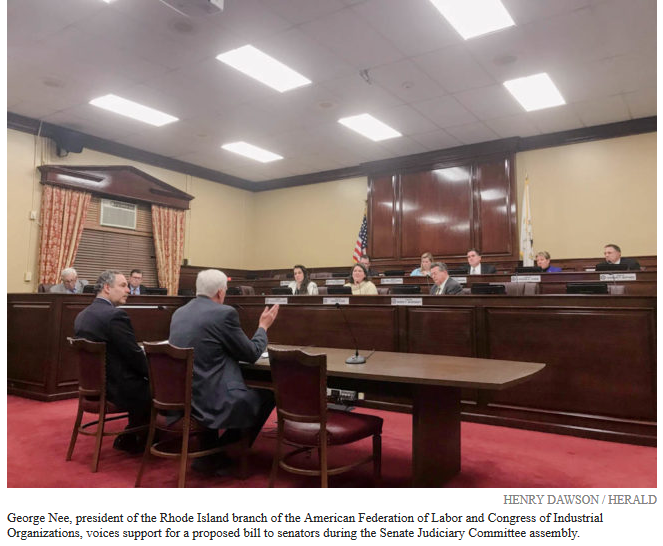 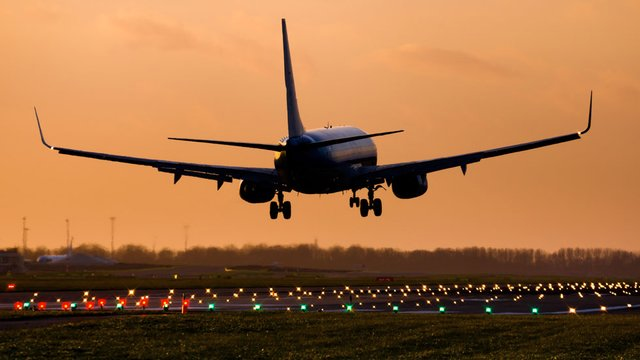 In a joint statement, the heads of the National Air Traffic Controllers Association, the Air Line Pilots Association and the Association of Flight Attendants-CWA wrote of their “growing concern for the safety and security of our members, our airlines, and the traveling public.”

“In our risk averse industry, we cannot even calculate the level of risk currently at play, nor predict the point at which the entire system will break,” they wrote. “It is unprecedented.”

The statement comes on the 33rd day of the partial government shutdown, which has lasted longer than any other shutdown in U.S. history. -READ MORE

We’re proud to produce this video for Demanding Dignity, a group of concerned Rhode Islanders who are fighting for a $15 minimum wage for direct support professionals in our state.

62%: The proportion of Americans who approve of unions. 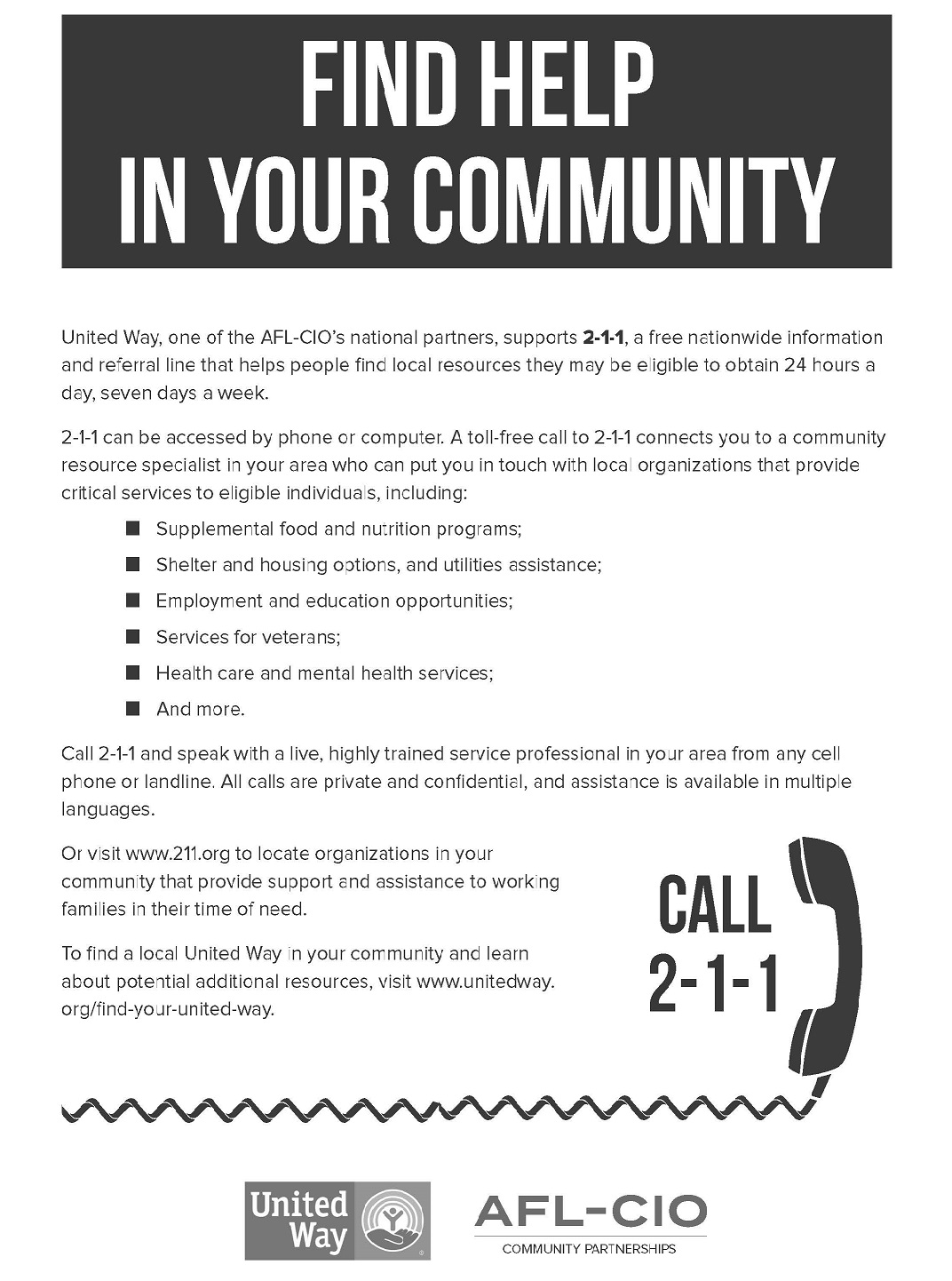 What: Informational Picket at T.F. Green International Airport (upper deck, front). When: Friday, January 25, 4–7 p.m.   Why: To bring attention to the government shutdown, its effects on aviation safety and Rhode Island residents who work for the Federal Aviation Administration.

Informational Picket for living wages, fair benefits, and quality patient care.
While the BVCHC CEO gave himself a 30% raise according to most recent publicly available tax filing, workers aren’t earning enough to take care of their own families. And low wages mean high turnover, which reduces the quality and consistency of patient care.

The PICKETING will take place on Tuesday, January 29 at the following times and locations: 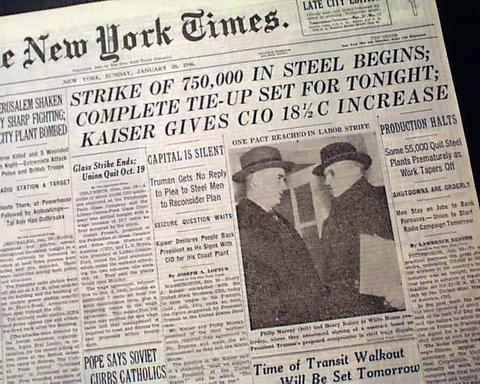 Postal workers begin four-day strike at the Jersey City, N.J., bulk and foreign mail center, protesting an involuntary shift change. The wildcat was led by a group of young workers who identified themselves as “The Outlaws”- 1974

Because it’s such an important topic, we’re extending the run of the interview and presentation by Erin McDonough from the Rhode Island Disaster Medical Assistance Team’s Medical Reserve Corps demonstrating what to do, and giving practical advice to anyone if ever confronted with someone in an opioid-induced emergency. Erin also teaches how to get Narcan over-the-counter, how bystanders are covered by the “Good Samaritan,” law, and other hands-on tips that are useful to know and could just help save a loved one’s life.