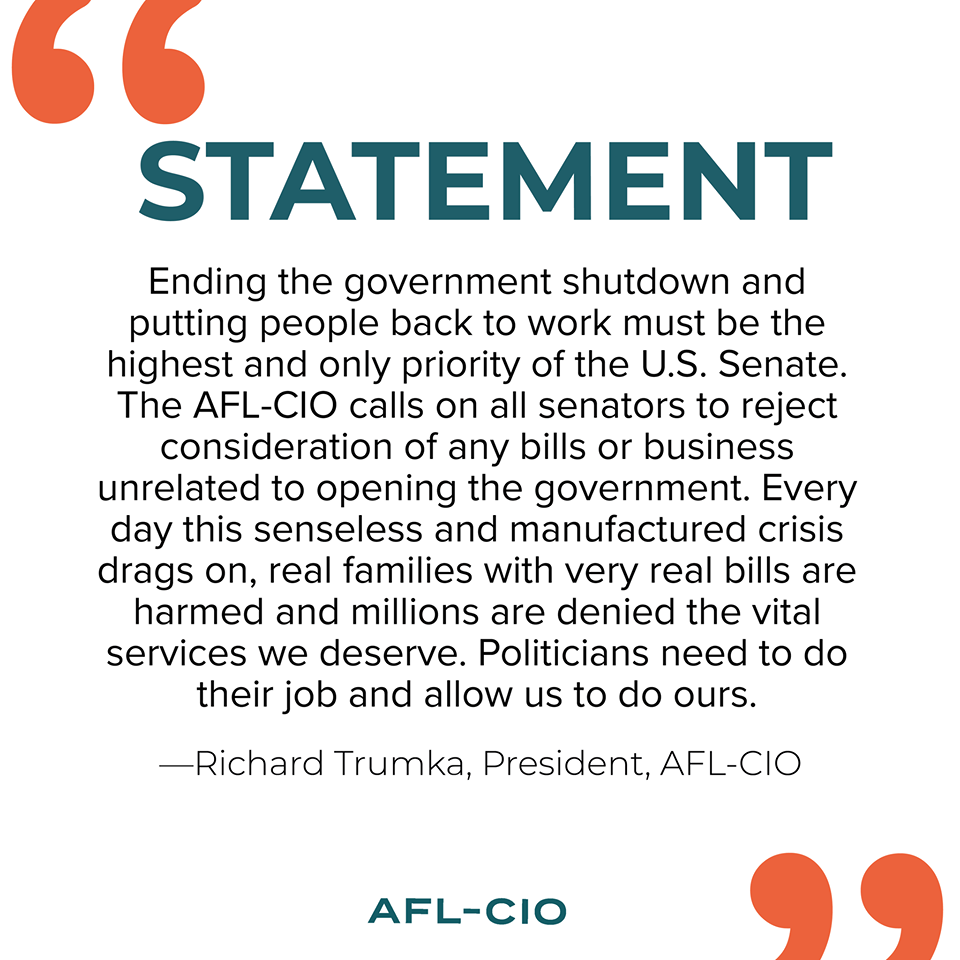 Providence Journal: A first in R.I.: Counselor of the year is deaf 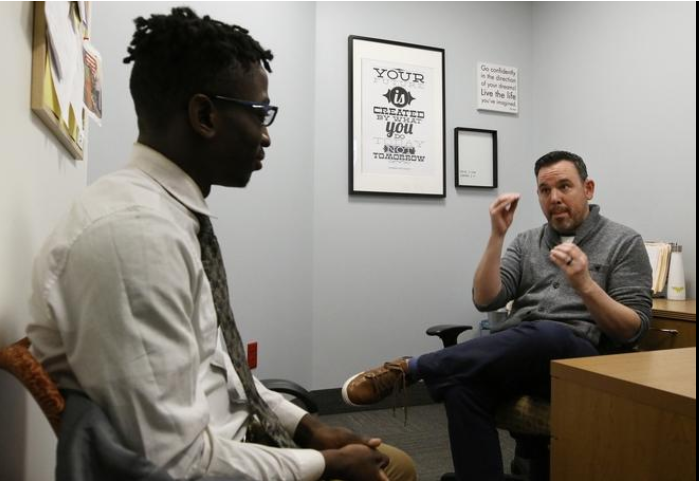 Batiano is uniquely qualified to talk with these students. He’s deaf. And so are they.

Batiano, who uses American Sign Language, is the school counselor at the Rhode Island School for the Deaf.

Finalists for the state and national contests are judged for initiating innovative programs, making presentations at conferences and becoming leaders in their schools.

School counselors are not the same as guidance counselors, Batiano said. School counselors look after a student’s academic progress, social and emotional health and career readiness, sometimes by connecting teachers, parents, administrators and members of the community to solve a problem together. -READ MORE 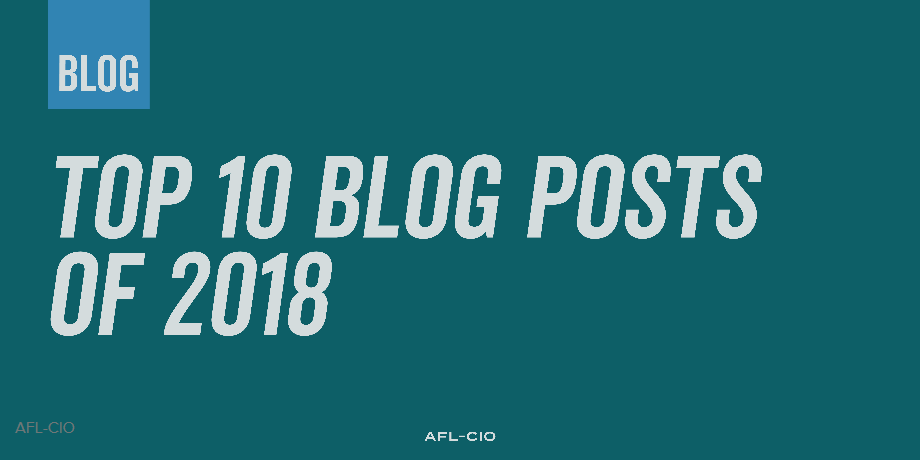 Today, we are taking a moment to reflect on a historic year for collective action by highlighting the top 10 most-read posts on the AFL-CIO blog in 2018. Throughout the year, working people across the country joined together to build a better America. These are our stories.

1. If You Live in Missouri, Vote ‘No’ on Proposition A: “On Aug. 7, Missouri voters will have the chance to vote against Proposition A, a divisive attack on working people funded by big corporations and their wealthy allies. The misleading measure is a direct attack on the rights of the working people of Missouri. Here are the key reasons why Proposition A is wrong for Missouri….”

2. What You Need to Know About the Vote on Missouri’s Prop. A Today: “While Missourians are headed to the polls today, working people are mobilizing across the Show-Me State in a massive final push to defeat Prop. A.”

New York Times: For Some, the Shutdown Isn’t About Politics. It’s About Bills and Groceries. 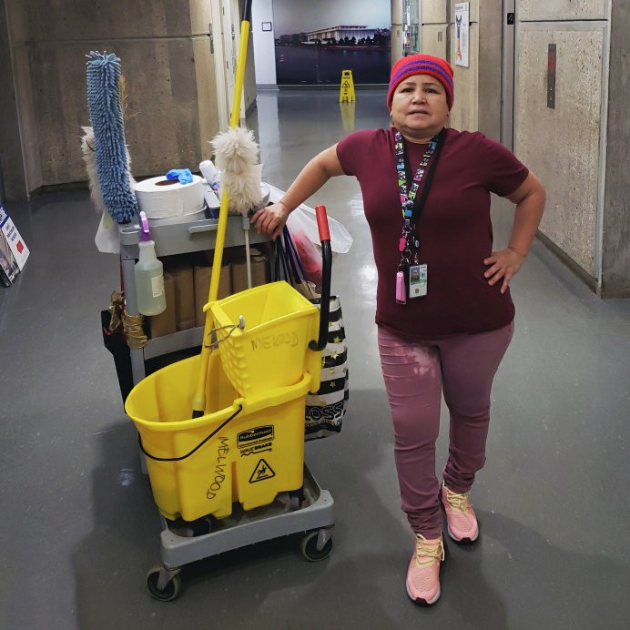 For Júlia Quintana, a janitor at the Department of Agriculture, the government shutdown isn’t about building a border wall or standing up to President Trump. It’s about groceries.

More specifically, it’s about being able to feed the three people living in her home: Ms. Quintana, her disabled mother and her 3-year-old grandson.

“I had put a lot of food in the freezer and we’re taking it all out. The last fish and the last shrimp and the last chicken is all we’re eating now,” said Ms. Quintana, 54, who’s worked for nearly three decades cleaning government offices since she came to the United States from El Salvador. “I’m worried about not having food this week.”

“Today our members voted overwhelmingly to ratify a new, six-year agreement with National Grid. This contract provides a significant wage increase and a number of other crucial protections for workers. Just as important, the agreement safeguards the future workforce and includes a number of provisions that will enhance the safety of our communities — including the creation of dozens of public-safety related jobs.

Telecommunications giant AT&T eliminated more than 10,000 U.S. jobs last year and outsourced some of those positions to contractors overseas, the Communications Workers of America (CWA) said in a report released Monday.

CWA for months has raised questions about AT&T’s layoffs following the 2017 tax-cut law, which the union says resulted in roughly $20 billion in tax savings for the telecom company.

“Iconic U.S. telecom giant AT&T received an unprecedented windfall from the Tax Cuts and Jobs Act of 2017, which President Trump signed into law in December 2017,” CWA said in its report.

CWA estimated that AT&T has eliminated 10,700 jobs across the country, saying the cuts have come by way of closing or shrinking dozens of call centers. The union said AT&T is replacing U.S. workers with low-wage contractors overseas.

248,400: Veterans in the federal workforce who are not receiving their paychecks. 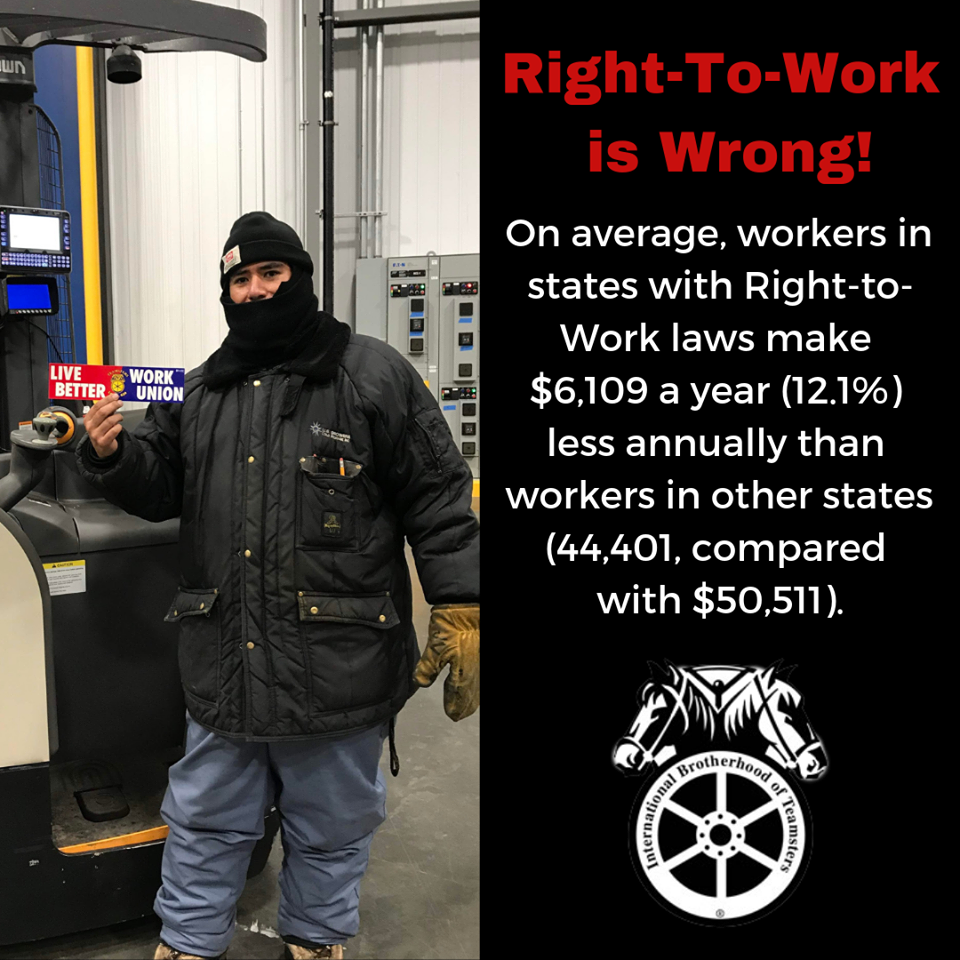 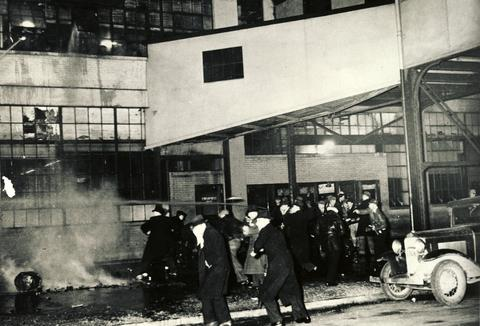 Nearly two weeks into a sit-down strike at GM’s Fisher Body Plant No. 2 in Flint, Mich., workers battle police when they try to prevent the strikers from receiving food deliveries from thousands of supporters on the outside. Sixteen strikers and spectators and 11 police were injured. Most of the strikers were hit by buckshot fired by police riot guns; the police were injured principally by thrown nuts, bolts, door hinges and other auto parts. The incident became known as the “Battle of the Running Bulls” – 1937

Former AFL-CIO President George Meany dies at age 85. The one-time plumber led the labor federation from the time of the AFL and CIO merger in 1955 until shortly before his death – 1980

In the first half of the show, Matt Taibi and Matt Maini from Teamsters Local 251 sit down with Jim Riley to discuss the state of the contract between UPS drivers and the company. While drivers may still be on the road, not all are happy at how the contract got ratified nationally or some of the provisions contained therein. Matt and Matt explain.

And in the second half of the program, Jim Riley interviews Raul Figeroua of Fuerza Laboral about the new legislation enabling worker co-operatives to operate as corporate entities in the state, and their first endeavor into the business world, the Healthy Planet Cleaning Co-op.