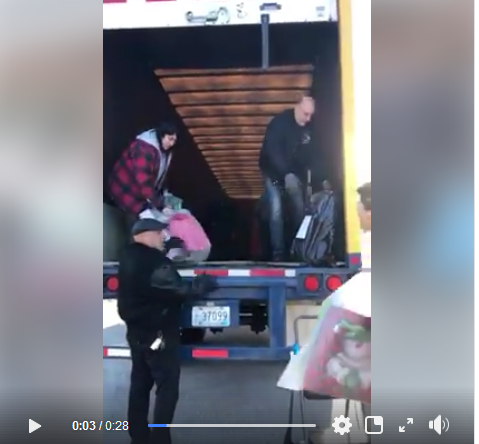 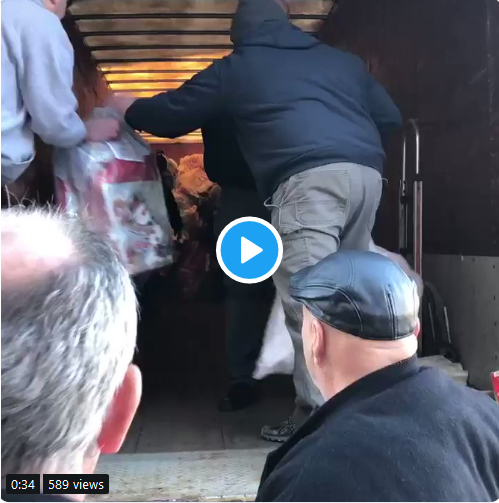 NEARI: A sea of Santa hats atop the heads of sweet kiddos anxiously awaiting Gingerbread to begin! 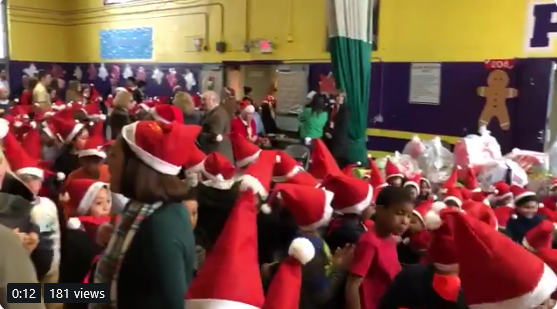 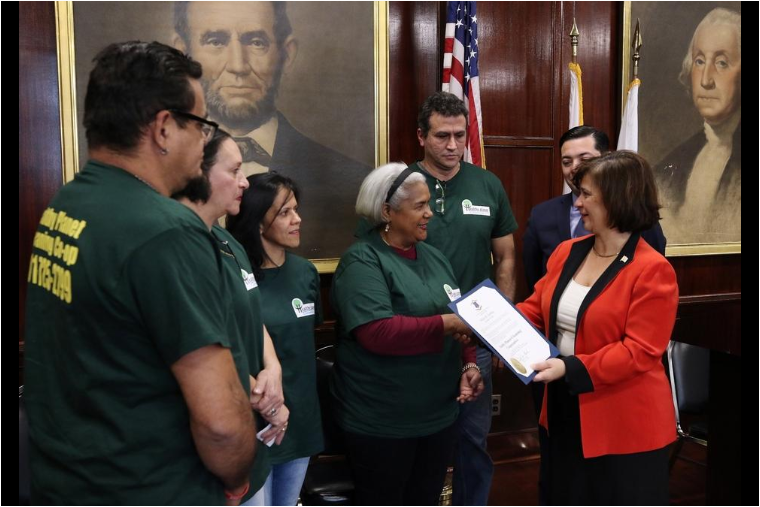 “I am an owner and a worker,” said Daisy Salvador, an immigrant from Honduras and one of the founding members of the Healthy Planet Cleaning Cooperative, in Spanish. “As an owner of a cooperative, I am excited to have the opportunity to build a better life for myself and my family.”

The worker cooperative — consisting of five members, all from Spanish-speaking countries — focuses on providing cleaning services in an environmentally sensitive way. It is the first under a law signed last year that provides the framework for workers to create cooperatives where they function as both labor and ownership. -READ MORE

Dozens of Amtrak employees and their supporters rallied in front of South Station Monday morning to protest changes to the rail company’s dining service, and the possible outsourcing of 1,700 union food and beverage jobs.

The demonstration was the latest in a series of actions across the country denouncing reductions in Amtrak meal service and the job losses that could ensue.

Protesters called for Amtrak president Richard Anderson, the former chief executive of Delta Air Lines, to be fired, holding up posters of Anderson wearing a top hat with a cartoon-villain mustache drawn on his face. They passed out fliers of Anderson in a chef hat under the headline, “All aboard the cold cut express!” -READ MORE

Statement from AFL-CIO’s Safety and Health Director, Peg Seminario on the 2017 Department of Labor’s Bureau of Labor Statistics Census of Fatal Occupational Injuries:
“The BLS report shows that too many workers are being killed on the job. While in 2017, there was a small decline in the number and rate of job deaths, 5,147 workers lost their lives on the job. That is an average of 14 workers dying each and every day. This does not include the deaths from occupational diseases like black lung and silicosis, which are on the rise.

Instead of increasing life-saving measures aimed at protecting working people at their workplaces, the Trump administration is rolling back existing safety and health rules and has failed to move forward on any new safety and health protections. -READ MORE

VICE: Amazon’s Anti-Union Past Is Coming Back to Bite It

“We have asked the company to provide air conditioning for us, but they told us that the robots inside can’t work in cold weather.” 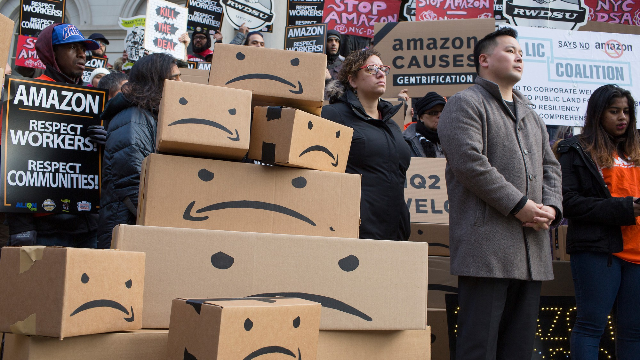 After weeks of protest and public debate, Amazon executives representing the company’s plans to set up a headquarters in America’s largest city actually faced off against the masses on Wednesday. It was not pretty.

Members of the New York City Council, led by Speaker Corey Johnson, grilled the Amazon reps, as well as James Patchett, president of the New York Economic Development Corporation (EDC) contracted by the city that’s helping coordinate the project. This went on for several hours, interrupted a handful of times by protest chants and angry New Yorkers—hordes had assembled inside and outside of City Hall. -READ MORE 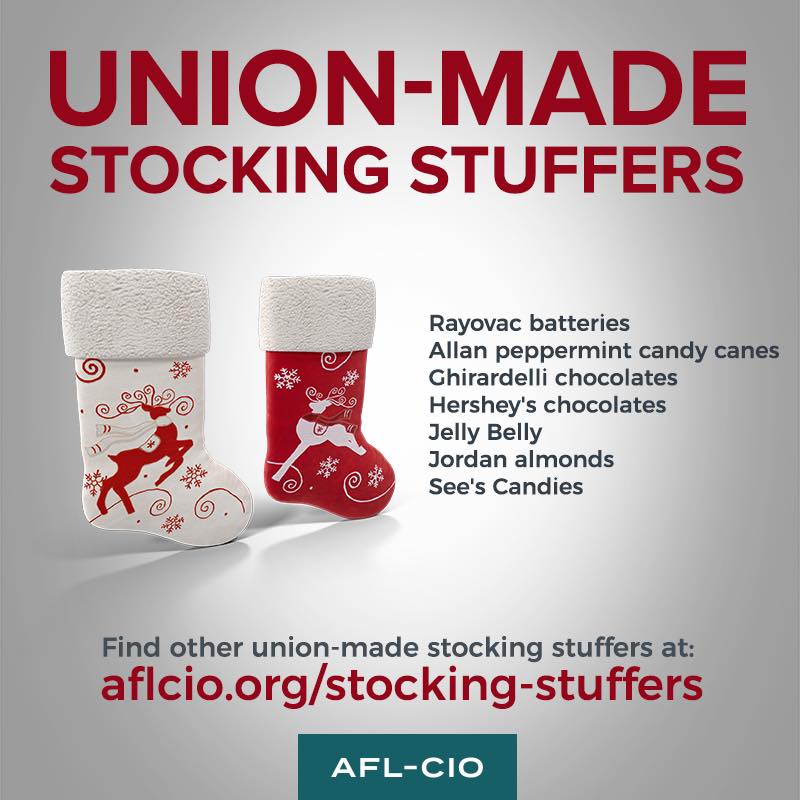 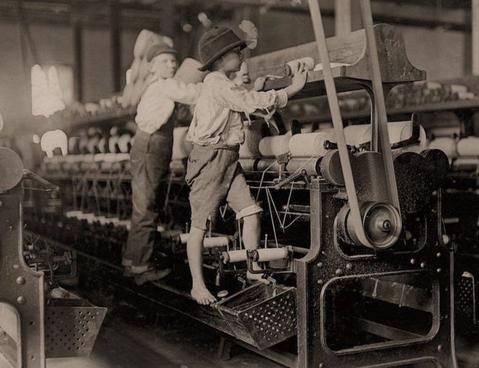 Powered by children seven to 12 years old working dawn to dusk, Samuel Slater’s thread-spinning factory goes into production in Pawtucket, R.I., launching the Industrial Revolution in America. By 1830, 55 percent of the mill workers in the state were youngsters, many working for less than $1 per week – 1790

Construction workers top out the North Tower of the World Trade Center at 1,368 feet, making it the tallest building in the world – 1970

After so much positive feedback from the first segment we ran, and with so much extended footage, we decided to run another extended half-hour edition of our usual format, from author Mary Ann Mayer’s compelling lecture to the Rhode Island Labor History Society at the former Slater Mill on, “Kissing the Shuttle,” the title of her new book of poetry, photos and contextual summaries. It describes the common weaving practice of sucking thread through the eye of a needle, and in the act, passing all sorts of communicable diseases among the workers, especially tuberculosis. She also describes how Rhode Island pioneered visionary solutions, like open-air schools, the first formal school hot lunch program, outdoor recess, and factory sanitation laws.