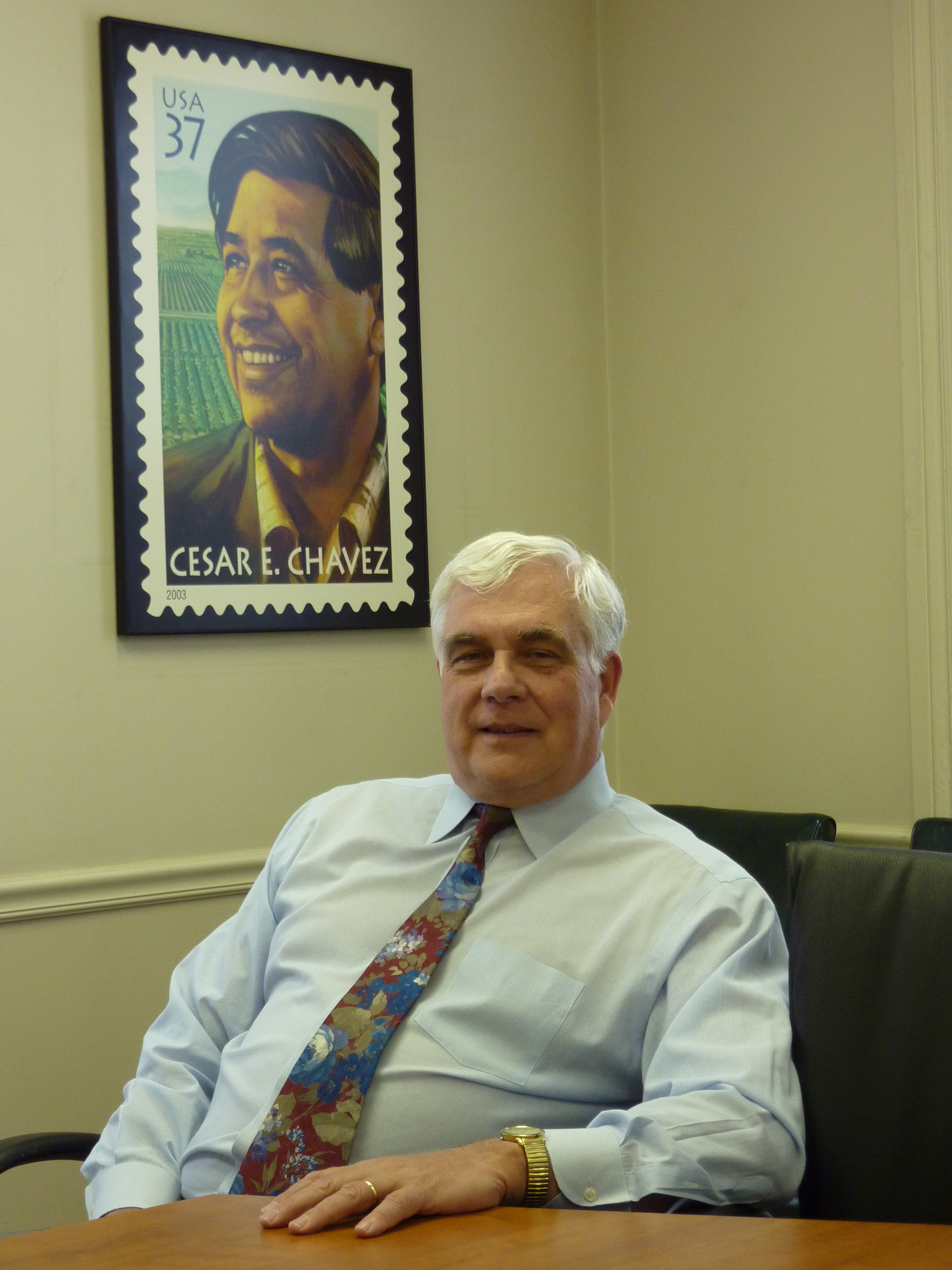 What initiatives have you introduced as president to promote both justice and peace in the workforce? The goal of the legislative agenda of the Rhode Island AFL-CIO is to improve economic security for all workers – union or nonunion. Our initiative in creating and maintaining a strong social safety net – unemployment insurance, workers’ compensation, temporary disability, temporary caregiver insurance, and paid sick leave – are part of this effort. Working for a just minimum wage and ensuring workers are properly classified as employees and protected from wage theft are additional parts of this effort. 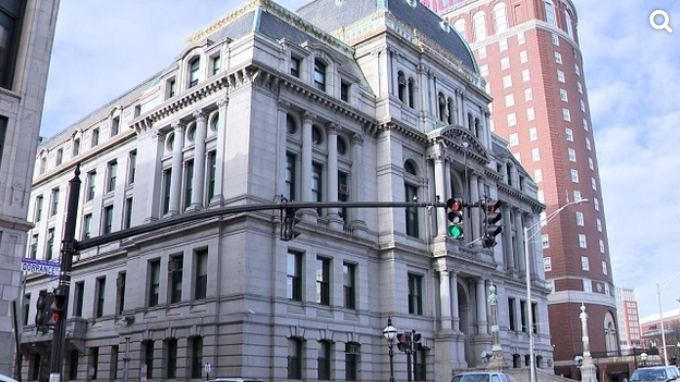 PROVIDENCE, R.I. (WPRI) – Members of one of Providence’s largest municipal employee unions have struck a deal with the Elorza administration that guarantees them small pay raises in exchange for more management flexibility over the next four years.

“I’m pleased to report that the city and the Local Union 1033 have reached a tentative agreement that is truly beneficial to all parties,” Elorza said in a statement last week. “This agreement allows for structural savings and long-term investments in our employees while putting Providence on a sustainable path in future years.” -READ MORE 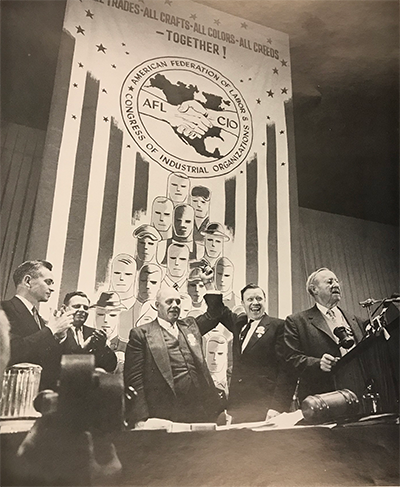 Sixty-three years ago today on Dec. 5, 1955, American Federation of Labor President George Meany (UA) and Congress of Industrial Organizations President Walter Reuther (UAW) stood before a packed crowd of union leaders and labor activists at the 71st Regiment Armory in New York City. Together, they held up a massive walnut gavel and hammered it against the dias, bringing to order the first Constitutional Convention of the AFL-CIO. “I feel that this is the most important trade union development of our time,” reflected Meany. “Let us face the future confident beyond question that the cause we espouse is a good cause—confident beyond expression that the things we ask for are just and proper.”

Message of the Day—Carrying Our Legacy Forward

In the years since, the AFL-CIO has advanced our cause in every corner of the country, living up to those first delegates’ vision of their new federation as “an expression of the hopes and aspirations of the working people of America.”

Joining together under one banner, the convention delegates pledged themselves to the fight ahead in the preamble to the AFL-CIO’s first constitution—a commitment that still drives us today:

“We pledge ourselves to the more effective organization of working men and women; to the securing to them of full recognition and enjoyment of the rights to which they are justly entitled; to the achievement of even higher standards of living and working conditions; to the attainment of security for all the people sufficient to enable workers and their families to live in dignity; to the enjoyment of the leisure which their skills make possible; and to the strengthening and extension of our way of life and our democratic society.”

Take a moment today to embrace our history as a movement and listen to Meany’s 1955 address—then help carry that legacy forward by taking action alongside your union brothers and sisters.

AFL-CIO: Infrastructure Matters. It’s Time to Get Serious About Funding It 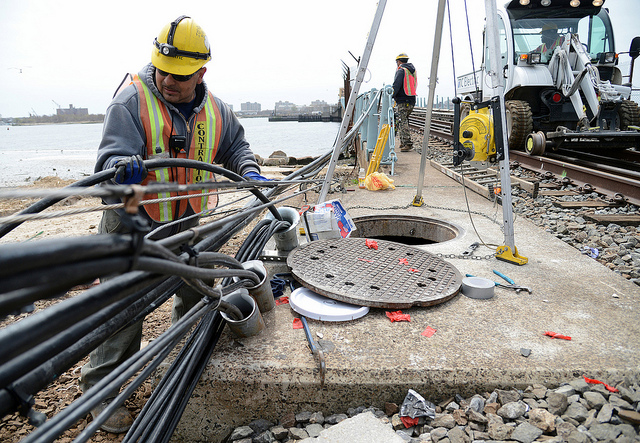 One hundred billion dollars is a lot of money. With that much cash you could buy four Starbucks lattes for every living human on the planet. (That’s 33 billion lattes in total, if you’re counting.) If coffee is not really your thing, consider buying every single NFL team three times over. Don’t like sports? You and the record-holding Powerball winner can compare piles of cash and together marvel at how yours is 63 times taller.

Or, if you are the federal government, you can pitch in your annual share of the cost to build and maintain our highway, water, mass transit, aviation and rail infrastructure. (It’s worth noting the actual amount we spend as a country is much higher, though states and local government chip in for most of it.)

But here’s the kicker: Even if you weigh your options and pick infrastructure over a monopoly on football, your $100 billion comes nowhere close to how much we should be spending each year if we want to achieve world-class infrastructure that boosts the country’s economy and grows the middle class. -READ MORE 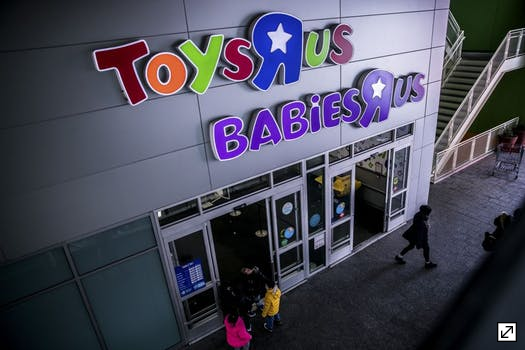 Retail employees across the world are fighting for better wages and working conditions — most of them without unions.

In May, more than 30,000 Toys ‘R’ Us workers were laid off — without severance — as the company started the process to shut down all its stores. Meanwhile, CEO David Brandon received $2.8 million in the form of a retention bonus right before the company filed for bankruptcy.

“This corporate greed is hurting me and my family — and it’s unacceptable,” wrote Colleen Kleven, a Toys ‘R’ Us worker in the Bay Area, as part of a petition she started demanding that the private-equity firms that used to own the company start a severance fund for the laid-off workers.   -READ MORE

AFL-CIO: Johns Hopkins nurses issued a series of damming reports they say reveals why a union is needed to improve patient safety and community commitment

13.2%: The average pay difference between union members and our nonunion peers. 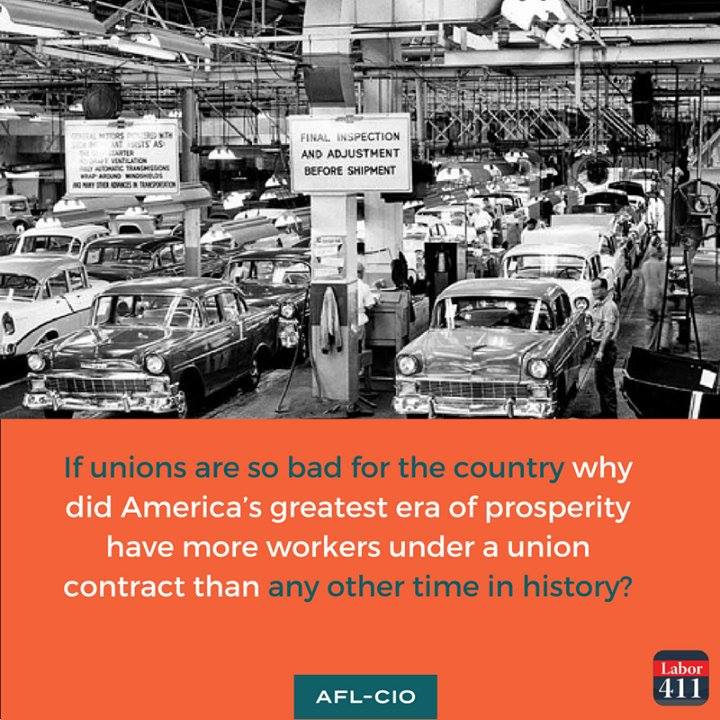 DETAILS: Caregivers at Crawford Health and Rehab in Fall River are planning to go on a three-day Unfair Labor Practice Strike. Workers have been negotiating for months to improve the quality of care for residents and win living wages for caregivers. Management has spent that time violating the law and committing unfair labor practices. In addition to fighting for dignity and respect, workers have been bargaining for months to address poverty wages where several workers earn less than $12 per hour. 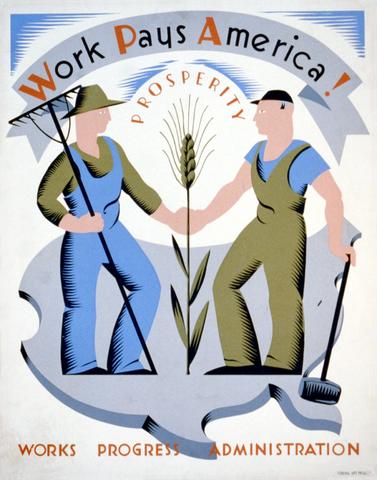 President Roosevelt announces the end of the Works Progress Administration (WPA), concluding the four-year run of one of the American government’s most ambitious public works programs. It helped create jobs for roughly 8.5 million people during the Great Depression and left a legacy of highways and public buildings, among other public gains – 1943

Ending a 20-year split, the two largest labor federations in the U.S. merge to form the AFL-CIO, with a membership estimated at 15 million – 1955

AFL-CIO President John Sweeney welcomes the collapse of World Trade Organization talks in Seattle, declaring, “No deal is better than a bad deal.” – 1999

In the first half of the show, Jeff Partington of the Woonsocket Teachers’ Guild sits down with Thom Cahir to talk about the stalemate his union has experienced in negotiations with the city, the historic lack of funding the mayor and council have been willing to overlook, the way it affects state contributions, and how the mayoral academy in the city is hurting the public system even further; all while the teachers have gone without a raise for almost a decade.

And in the second half of the show, Nancy Iadeluca of UNITE-HERE, Local 26 elevates our spirits with the uplifting news of how her local survived a 46-day strike with the support of the local labor community, the steadfastness of her members, using the public teachers’ strikes in right-to-work states as inspiration; to gain the best contract in her union’s history, bringing up the standard for all hotel workers in the city of Boston.