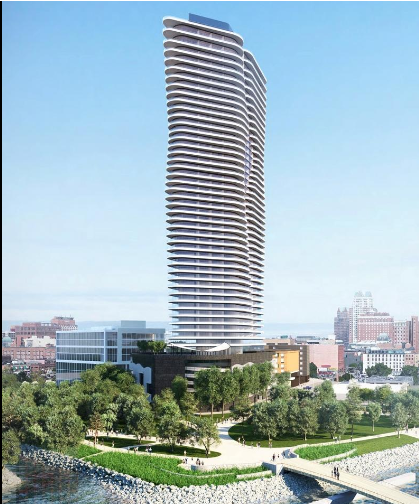 PROVIDENCE, R.I. — A City Council committee has approved a zoning change that could clear the way for the controversial 46-story Hope Point Tower proposed by New York developer Jason Fane.

The Committee on Ordinances voted 3-1 Thursday night to recommend approval of a height-exemption requested by the developer of the proposed luxury apartment tower on former Route 195 land, according to Bill Kepner, City Council spokesman.

The City Council will vote on the matter at its regular meeting on Thursday. The zoning change will need two votes before it can be passed or denied.

The 540-foot tower proposed by Fane has stirred up passionate opinions on both sides.

The labor and trade unions want the construction jobs it will bring, and some residents say it will give Providence a much-needed economic boost. But neighbors say they don’t like the design, and community activists say the last thing Providence needs is a luxury apartment tower when it’s starving for affordable housing. -READ MORE

This is an opinion piece from Richard Trumka, President of the AFL-CIO. 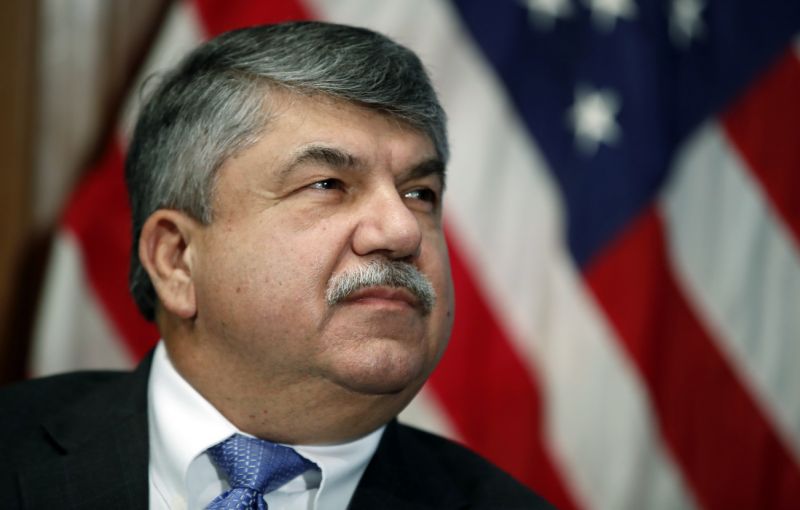 There was plenty of punditry plastered across cable news last week. But, as the dust settles, there is one story that has come to define this election: working people standing together to make a difference. The labor movement unleashed an unprecedented political program this year. Across the country, union members made the difference, fighting for our issues, for union candidates and for our proven allies.”

Over the last few months, we knocked on more than 2.3 million doors and distributed 5 million fliers at more than 4,600 worksites. That represents millions of conversations between fellow union members, talking earnestly about the opportunity we embraced in this election—a chance to stand up and demand the fairer economy and more just society that we deserve. -READ MORE 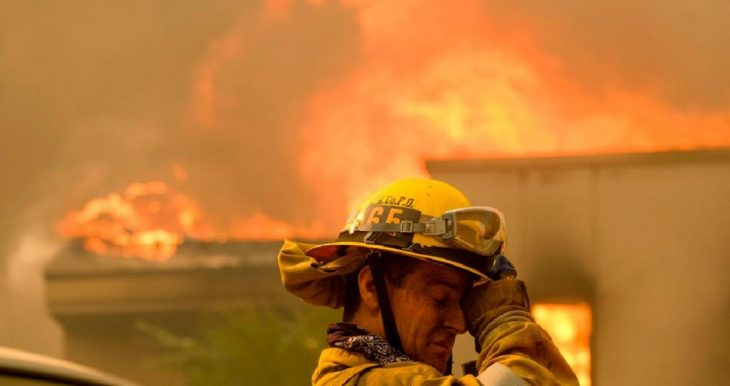 There are politicians and groups out there who thrive on attacking public employees and unions. They are the first to advocate for the cutting of funding for government services that are crucial in times of need.

But the reality is that many of the real heroes in this world are first responders, firefighters, and other emergency personnel.

When Mother Nature brings catastrophe, it’s these public servants, many of whom are union, who are putting their lives in danger to save others. -READ MORE

Some things never change, and that can be said for almost all of the entries on OSHA’s 2018 top 10 Most Frequently Cited Violations list. In fact, eight of the most violated standards by all industries were on last year’s list, and the top four — fall protection, hazard communication, scaffolds and respiratory protection — have been on the list since the agency started compiling it in 2015.

The list covers violations that OSHA issued during fiscal year Oct. 1, 2017 through Sept. 30, 2018, but the data is preliminary. Here is a breakdown of the total number of violations per standard (includes all industries) as well as details about each standard. -READ MORE 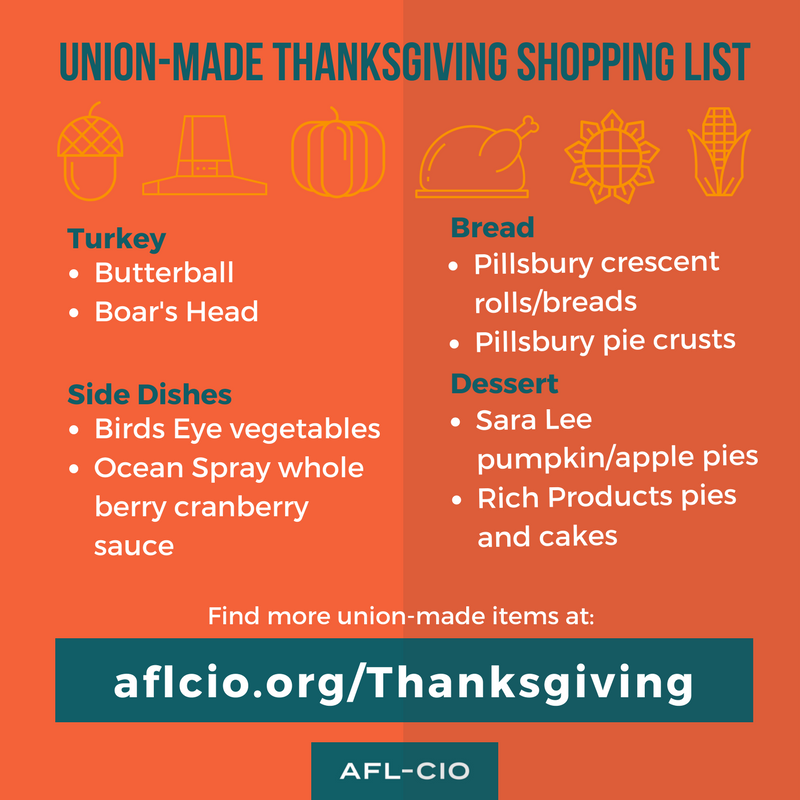 Before you put together your Thanksgiving dinner shopping list, check our list of union-made in America food and other items that are essential to a traditional family Thanksgiving feast. Speaking of thanks, a big thank you to the Union Label and Service Trades Department (ULSTD), Union Plus and the Los Angeles County Federation of Labor’s resource site, Labor 411, for compiling their extensive catalogs of union-made products.

1.2 million: The number of working veterans represented by unions.

AFL-CIO: The number of union members elected to office around the country continues to rise. 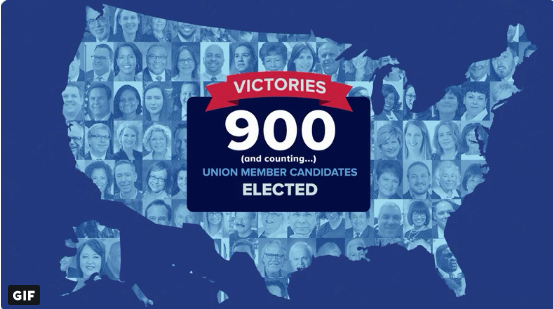 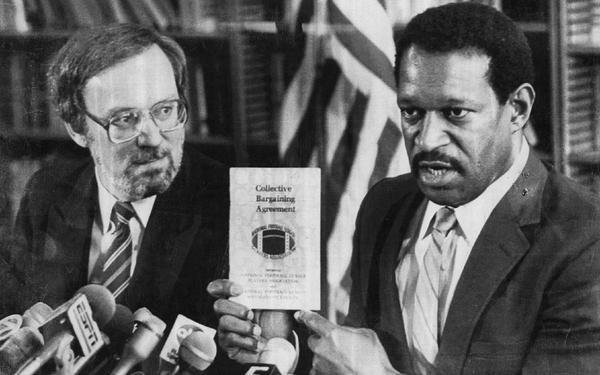 The National Football League Players Association ends a 57-day strike that shortened the season to nine games. The players wanted, but failed to win until many years later, a higher share of gross team revenues – 1982

Founding convention of the Federation of Trades and Labor Unions is held in Pittsburgh. It urges enactment of employer liability, compulsory education, uniform apprenticeship and child and convict labor laws. Five years later it changes its name to the American Federation of Labor – 1881

With the elections over, it’s time to focus on jobs, and in the first half of the show, we reprise the RI Building and Construction Trades press conference at Electric Boat in Quonset with Governor Raimondo and the Congressional delegation announcing their Project Labor Agreement to expand the footprint there by a million square feet to increase jobs by more than 1300 and make infrastructure improvements in the range of $14 million.

And in the second half of the show, a second press conference with the Governor at the Port of Providence with the Building Trades and Deepwater Wind touting the two sides’ commitment to building renewable energy with union labor for years to come; and President Michael Sabitoni making a call for more students to take technical classes to replace skilled tradesmen that have been lost to the recession and attrition.