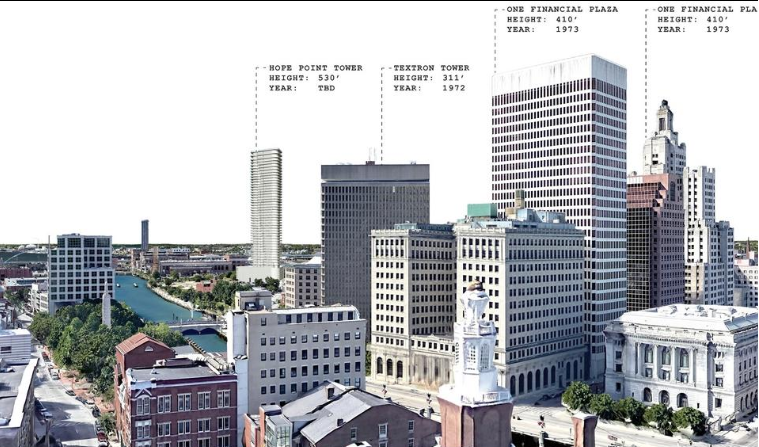 “You have four good planning reasons to approve the tower,” he said.

But many residents who testified said the project, known as the Hope Point Tower, doesn’t fit with the rest of the city, ignores the city’s dire need for affordable housing in favor of luxury condominiums, and goes against a comprehensive zoning plan approved by the City Council three years ago.

“The zoning laws are a way for you to communicate to developers what you want to build,” said Olin Thompson, a Providence resident who testified Monday night. “What happens here, now, today, is an issue of respect. The one who does not respect our zoning laws is Mr. Fane. -READ MORE

The matter will go before the full City Council for approval.

The $25-million contract that will go before the City Council still contains language that relieves First Student of a responsibility to cover services in the event of a strike. -READ MORE 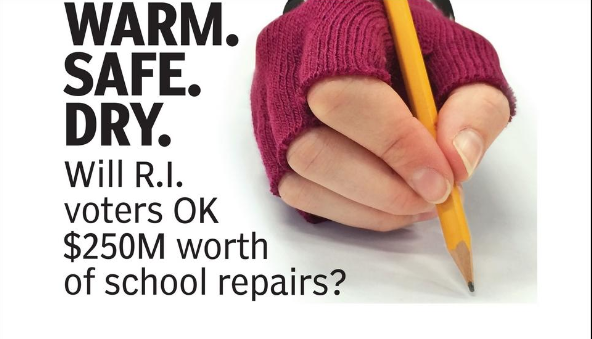 Championed by Gov. Gina Raimondo as a “once-in-a-generation investment” in the state’s decaying schools, Question 1 asks voters to take the first step toward making $2.2 billion worth of renovations needed to make schools safe and equip them for the 21st century.

Rhode Island’s schools face a tidal wave of need, according to an independent statewide analysis. Classrooms are too hot or too cold. Science labs are woefully outdated. Rain seeping in through leaky roofs puddles on the floor or collects in makeshift buckets. Ceiling tiles collapse, pipes burst and mold grows on damp surfaces.

Earlier this month, students walked out of classes at Newport’s Rogers High School to protest what they described as Dickensian conditions: mold, slippery floors, even mice falling from the ceiling. -READ MORE 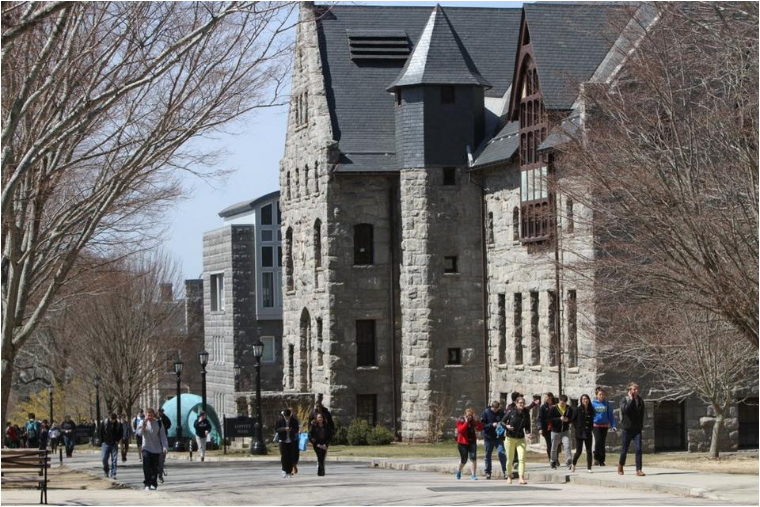 SOUTH KINGSTOWN, R.I. — The University of Rhode Island has reached agreement on a new contract with its faculty members, according to the state Office of Postsecondary Education.

Jay Walsh, the executive director of the faculty union, the American Association of University Professors (AAUP), said his members ratified the contract, voting overwhelmingly in favor on Oct. 17. The new three-year agreement calls for 2.5-percent salary increases in January 2019, July 2019 and July 2020. It also includes the same health insurance agreed to by other state employees.

More than 750 full-time faculty belong to this union. –READ MORE 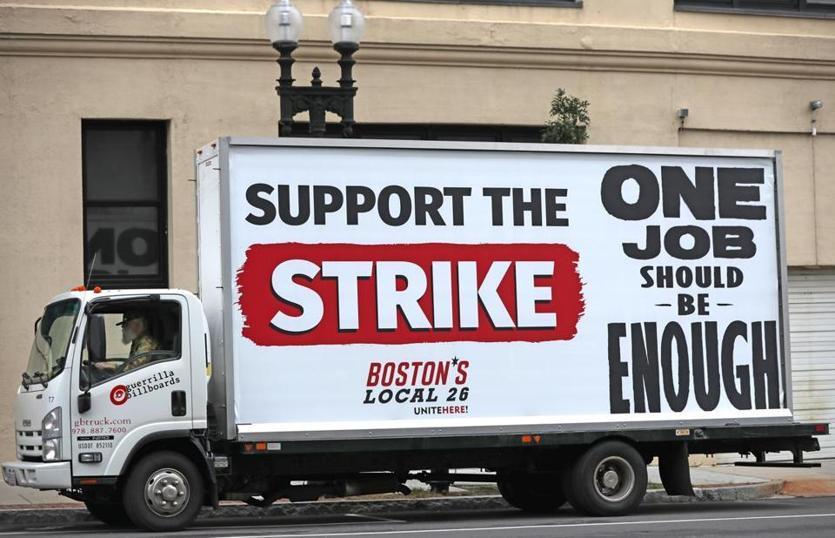 They’ve been standing on a picket line for almost all of October, employees of some of Boston’s most posh hotels who are calling for more generous treatment from their corporate overlords. Their protests have brought together activists, allies from other labor unions, and the city’s labor-friendly mayor.
The epicenter of the activity has been outside the Ritz-Carlton — or, as I stubbornly continue to think of it, the “new’’ Ritz — on Avery Street. On Sunday, the picketers suffered the indignity of watching many of the players and staff of the Los Angeles Dodgers stroll past them as they checked in for the start of World Series. -READ MORE

After a partial building collapse in Pawtucket sent three workers to the hospital Monday, questions are now being raise about the working conditions by a union representative who claims to have been at a site inspection three weeks before the accident.

76%: The percentage of new union members under the age of 35.

AFL-CIO: If you want your Halloween to be all treats and no tricks, make sure all your candy is union-made in America. The Los Angeles County Federation of Labor’s resource site, Labor 411, has a list of union-made candies, as does Union Plus. Here are some highlights, featuring sweets made by the Bakery, Confectionery, Tobacco Workers and Grain Millers (BCTGM) and the United Food and Commercial Workers (UFCW): 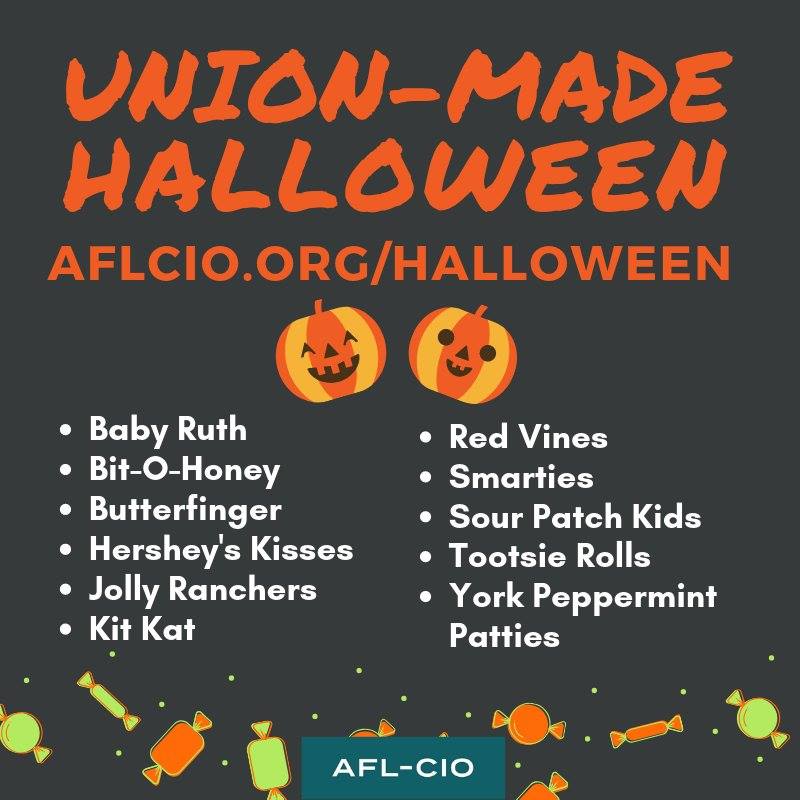 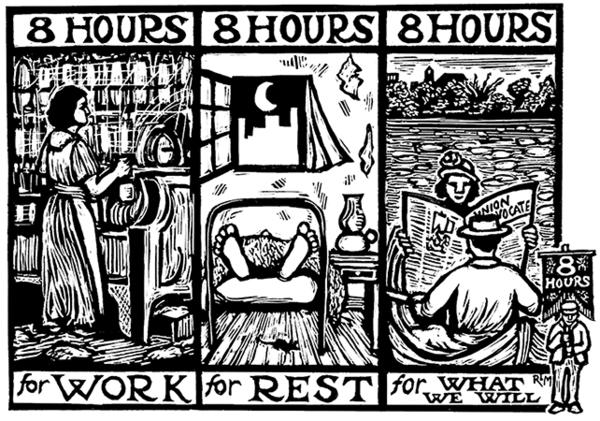 In the first half of the program, Governor Gina Raimondo, General Treasurer Seth Magaziner, and state and local leaders speak at Stephen Olney Elementary School in North Providence to remind Rhode Islanders how important it is to invest in our public school buildings, and to encourage everyone to vote YES on Statewide Bond Question 1 on November 6.

And, in the second half of the show, Bob Delaney sits down with President Frank Sanchez of Rhode Island College and RIC Alumni Board member and Rhode Island Dept. of Education member, Dr. Colleen Callahan, to discuss the importance of Statewide Bond Issue 2 and how the improvement to infrastructure at RIC will vastly improve the way both educators and medical professionals move into their careers of the future.