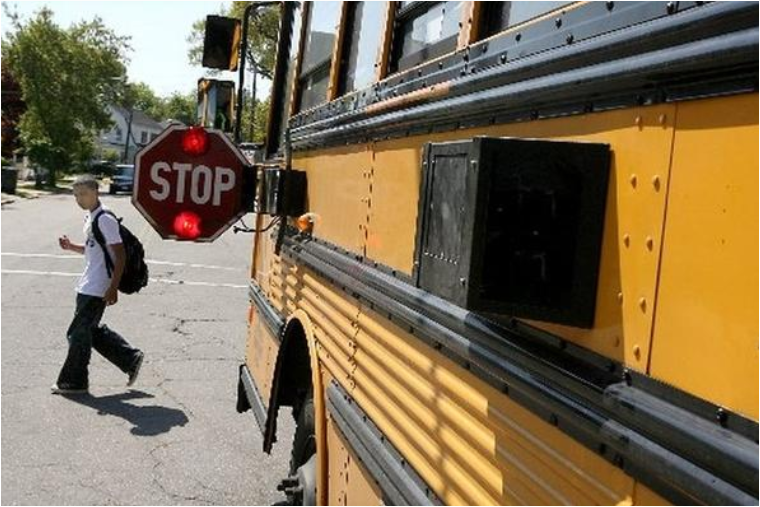 PROVIDENCE, R.I. — School bus drivers and monitors will return to work Monday after voting Saturday to approve a new contract resolving the pension dispute that prompted their 11-day walkout.

Members of Teamsters Local 251 cast their votes at the local’s East Providence union hall. With 101 members present, the vote was 100 in favor with one abstention, union business agent Nicholas Williams said.

First Student, the bus company that had been locked in a dispute with the drivers’ union for more than two weeks, agreed to contribute to a Teamsters pension, which is what the union has been demanding. The compromise is that the pension is a “defined contribution” plan rather than a “defined benefit” plan, which the Teamsters were fighting for.

First Student will contribute 50 cents per hour worked into the New England Savings and Investment Pension Fund for the first two years of a driver’s employment. After that, the company’s contribution will increase to $1 per hour worked. Drivers can contribute on a voluntary basis. -READ MORE

AFL-CIO: Introducing the ‘State of the Unions’ Podcast 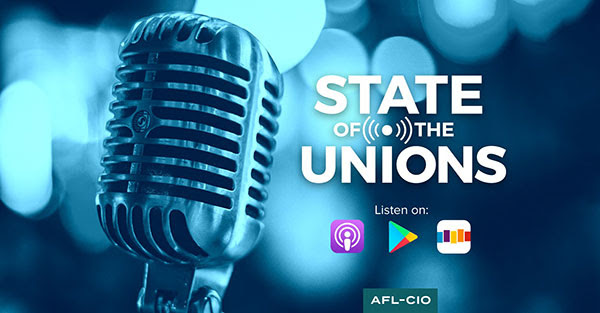 The AFL-CIO has launched another tool to bring you the issues and stories that matter to working people. Our new podcast, “State of the Unions,” officially debuted today with an interview with Dr. Mona Hanna-Attisha, the pediatrician who helped expose the Flint, Michigan, water crisis.

One in four Americans listen to podcasts on a monthly basis. “State of the Unions” will capture the stories of workers across the country. It’s hosted by two young and diverse members of the AFL-CIO team: Political Mobilization Director Julie Greene and Executive Speechwriter Tim Schlittner. A new episode will drop every other Wednesday featuring interesting interviews with workers and our allies across the country, as well as compelling insights from the podcast’s hosts. -READ MORE

The American Prospect: Fighting for $15 – and a Union

A wave of fast-food worker protests and strikes, led by the Fight for $15, unfolded across the country two weeks ago. But more than just fighting for a raise, the movement has an additional goal, though their name doesn’t suggest it: winning unions. Specifically, getting unions at low-wage employers; the recent protests targeted fast-food giants like McDonald’s, Wendy’s, and Burger King.

At the beginning of the month, the Fight for $15 hosted a week of actions in the Midwest explicitly focused on demanding union rights, which led to about 100 arrests of workers as well as allied elected officials. Workers went on strike in Detroit and Flint, Michigan, on Tuesday, October 2, and workers in Milwaukee shut down a McDonald’s during the lunch hour on October 3 and then marched to the interstate, closing lanes. On Thursday, October 4, more than 1,000 workers descended upon McDonald’s headquarters in Chicago. -READ MORE 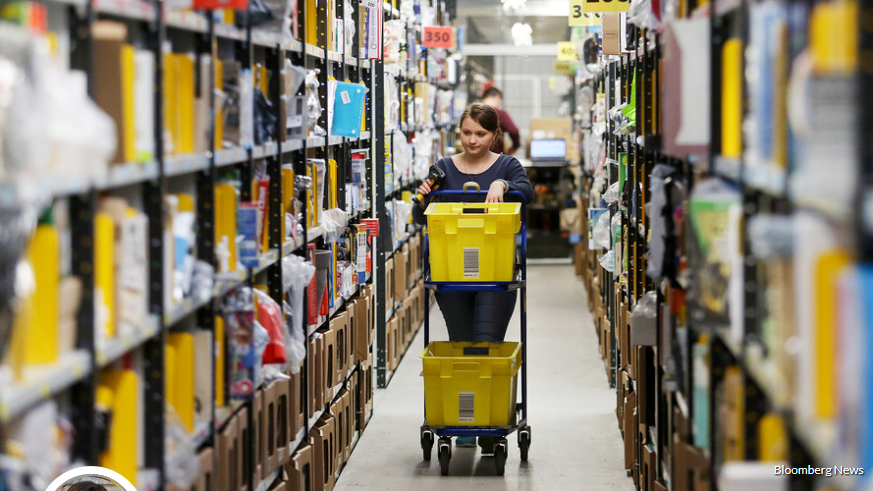 Raising the minimum wage can do more than put more money in the back pocket of workers. It can, in some ways, change their lives.

Amazon announced Tuesday it will raise its minimum wage to $15 an hour from Nov. 1, giving hundreds of thousands of U.S. workers a pay raise. The federal minimum wage has been at $7.25 since July 2009 and, according to The Wall Street Journal, starting pay for U.S. workers ranged from $10 per hour to $14 per hour.

“We listened to our critics, thought hard about what we wanted to do, and decided we want to lead,” said Chief Executive Jeff Bezos. “We’re excited about this change and encourage our competitors and other large employers to join us.” -READ MORE

Indy Star: Has your teacher or career counselor talked to you about trade jobs? 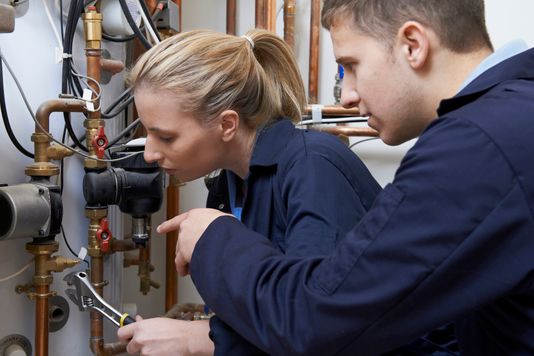 Looking for a career track with opportunities to advance quickly? Look no further than the skilled trades.

While the many benefits of skilled trade work sometimes seem like the best-kept secret of the employment world, some career counselors, like job search consultant Debra Boggs, have already gotten the message.

“Now is a great time to consider a trade job,” said Boggs, who lived in Indiana for over 30 years before moving to another state in 2017. “The economy is strong, so building projects are up and many trades are hiring more than normal.”

Data from the Department of Labor backs up that sentiment. The Department’s Bureau of Labor Statistics characterizes a number of trade jobs including HVAC technicians and plumbers as jobs that are expected to see “much faster than average growth” over the coming years. -READ MORE

100% Union Strong
Did you know that approval for labor unions is at a 15-year high? A whopping 62% of the public approves of unions according to an August Gallup poll!

22 million: The number of Americans lifted from poverty because of Social Security. 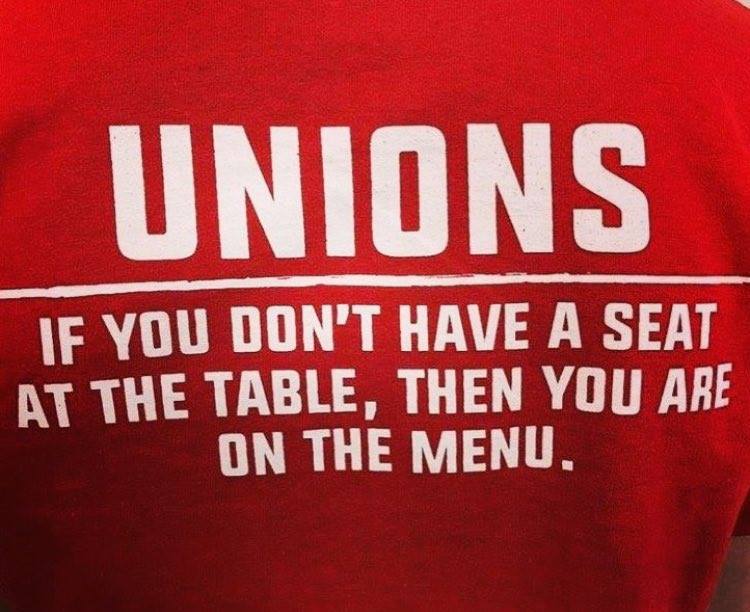 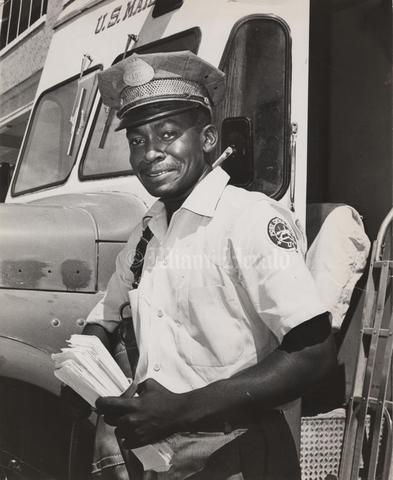 The National Association of Letter Carriers achieves equalization of wages for all letter carriers, meaning city delivery carriers began receiving the same wages regardless of the size of the community in which they worked – 1949

In the first half of the show, Bod Delaney sits down with President Frank Sanchez of Rhode Island College and RIC Alumni Board member and Rhode Island Dept. of Education member, Dr. Colleen Callahan, to discuss the importance of Statewide Bond Issue 2 and how the improvement to infrastructure at RIC will vastly improve the way both educators and medical professionals move into their careers of the future.

And in the second half of the show, Secretary of State Nellie Gorbea sits down with Thom Cahir and outlines how her office has made it easier for voters to find information on voting through her department’s streamlined website. She talks about how to apply for emergency and mail ballots, and how individuals can vote at their home board of canvasser’s the weekend before the election if they’ll be out of town. All things to enfranchise as many voters as possible.