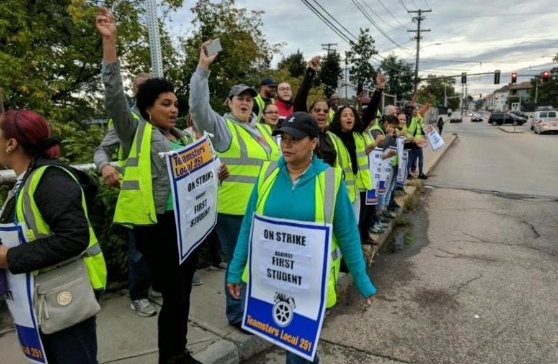 The drivers are chanting as cars drive by, some drivers honking their horns.

“We’re staying strong,” one of the strikers chanted.

Juan Arias, a school bus driver, said, “This is precious cargo. This job brings a lot of responsibilities. Parents believe and trust us.”

After mediation failed Wednesday afternoon, the drivers announced they would strike Thursday. First Union was hired by the city to drive students to and from school.

Nick Williams, business agent with the Teamsters, said union members have made it clear to First Student that they want a pension.

“I don’t know how much clearer we can make it,” he said.

I write in response to the Aug. 31 Commentary piece (“Public employees deserve to know their rights”) by Stephen Skoly, the recently elected chairman of the Rhode Island Center for Freedom and Prosperity. All you need to know about this right-wing group is that on its web page it talks about the importance of complete government transparency, yet it will not release the names of its donors.

Mr. Skoly is a classic example of do what I say, not what I do. Council 94 members know that this group is only concerned about the prosperity of its donors, not the prosperity of our members. Our members also know that the Friedrichs and Janus cases before the Supreme Court were never about First Amendment rights. They were only about zealots and billionaires trying to silence the voice of middle-class Americans.

Council 94 and other public-sector unions will not let this happen. We have been representing and fighting for our members for almost 50 years. We will continue to fight. Where have Stenhouse and Skoly been for the last 50 years? -READ MORE

Bloomberg: How Unions Can Solve the Housing Crises 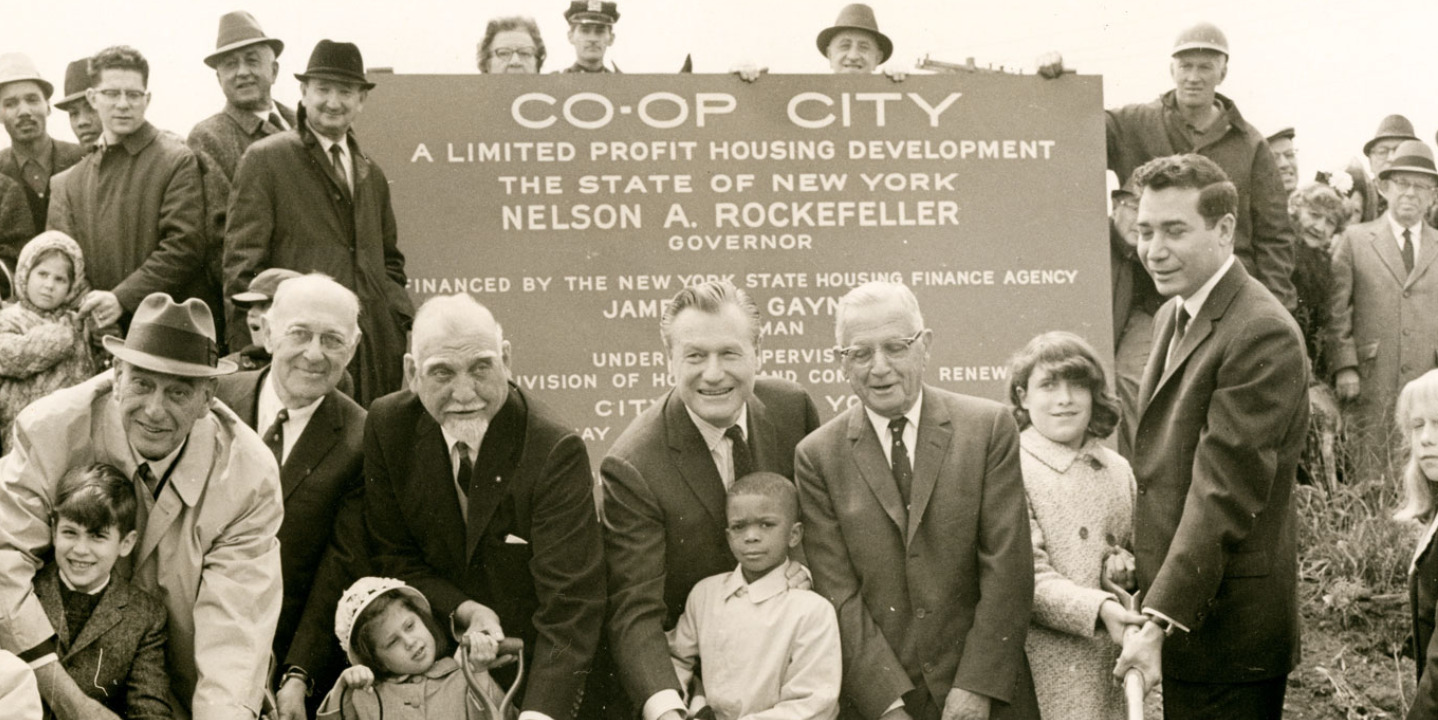 Dr. James Peter Warbasse opined in the journal Co-operation, “Once the people of New York City lived in their own houses, but those days have gone. … The houses are owned by landlords who conduct them, not for the purpose of domiciling the people in health and comfort, but for the single purpose of making money out of tenants.” That was in 1919.

A century later, things have gone from bad to worse. A quarter of U.S. households pay more than half their income in rent. In New York City, homelessness has hit record levels.

Most activists can reel off a list of demands to address the housing crisis: rent control, community land trusts, affordable housing development. But one of the most effective strategies has been forgotten. A century ago, the labor movement in New York City planned and executed a bluntly practical solution to the problem of housing: Build it. -READ MORE 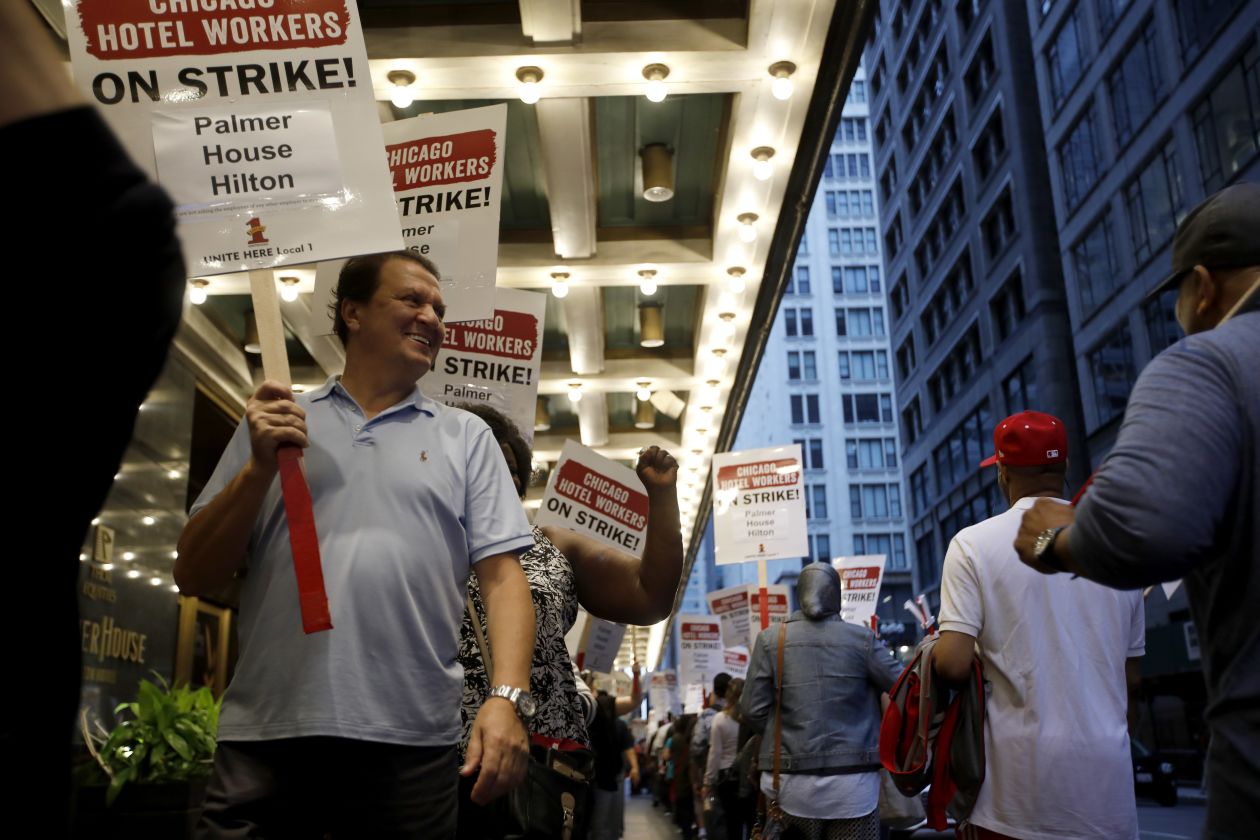 In recent weeks, unionized hotel housekeepers in Chicago, distillery workers in Kentucky and crane operators in Seattle have all walked off the job to pressure employers for better pay and benefits.

Some 31,000 teachers in Los Angeles are threatening to strike, and union members at ArcelorMittal SA and U.S. Steel Corp. have given the authority to strike if negotiations break down.

With the national unemployment rate at 3.9% in August, just above an 18-year low, and skilled workers in scarce supply, union officials say they have more leverage at the bargaining table and that workers are more comfortable with the risks associated with striking. -READ MORE

Bloomberg: Unions Did Great Things for the Working Class 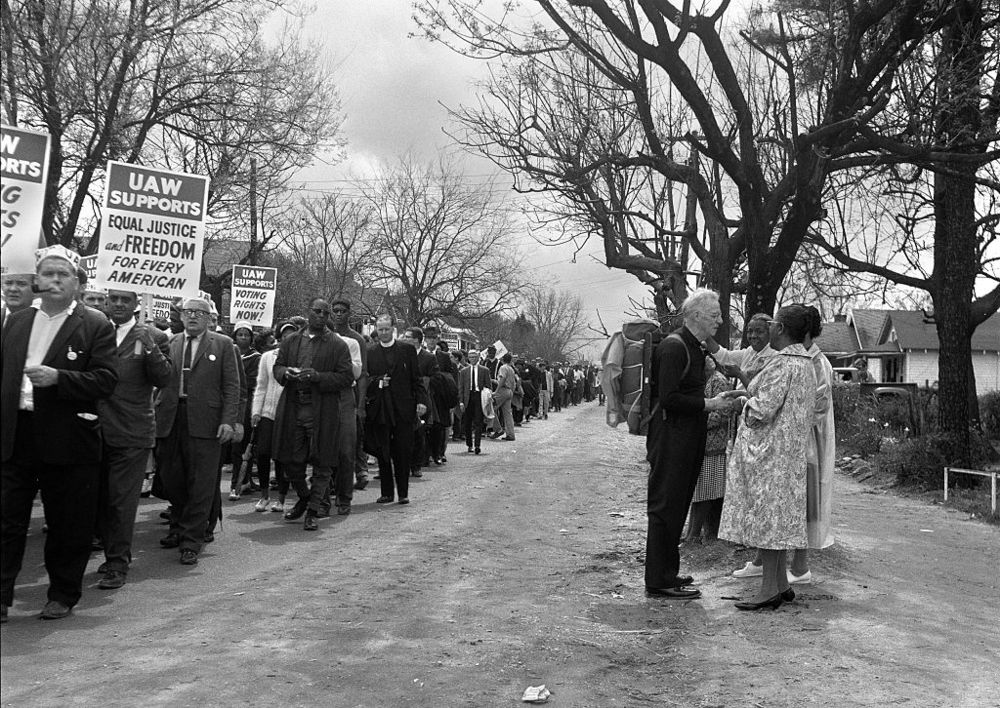 Politically and economically, unions are sort of an odd duck. They aren’t part of the apparatus of the state, yet they depend crucially on state protections in order to wield their power. They’re stakeholders in corporations, but often have adversarial relationships with management. Historically, unions are a big reason that the working class won many of the protections and rights it now enjoys, but they often leave the working class fragmented and divided between different companies, between union and non-union workers, and even between different ethnic groups. -READ MORE

Delivered moments ago at the @wisaflcio convention, “We’re fighting together and marching together. We’re organizing and striking and voting for the dignity that we deserve! We’re showing every robber baron and corporate hack that we’re here to stay! 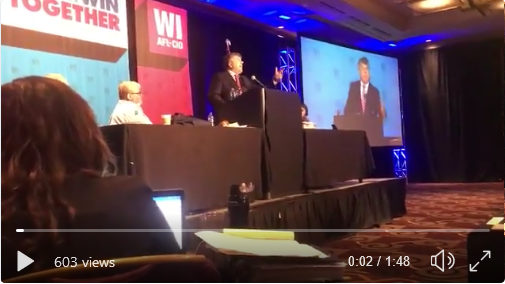 65%: The approval rating of unions among 18- to 34-year-olds, the highest of any age group surveyed by Gallup. 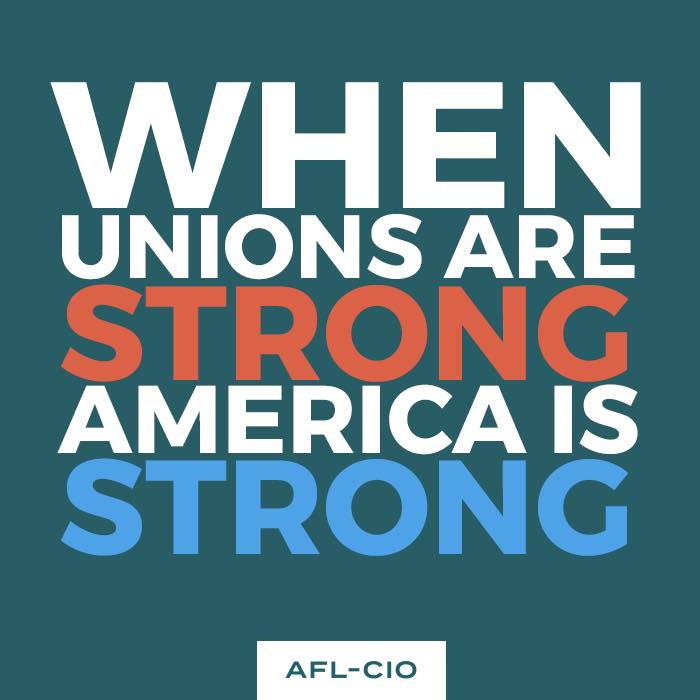 When: Saturday, September 29th @ 4:30 – 6:00 p.m. Where: Omni Providence Hotel Details: These determined, steadfast workers will not stop their efforts for a fair contract. Please take some time on Saturday to join in and show your support!!! Your help is always appreciated! 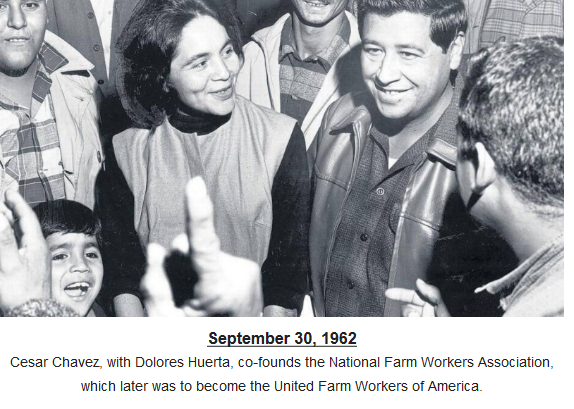 HIS WEEK ON LABOR VISION:

In the first half of the show, Bob Delaney sits down with David Cookson and Michael Whittaker of Beacon Mutual Insurance to talk about fall protection on the job site and general safety measures put in place by employers; if they’re being followed and if they’re aware of OSHA standards.

And in the second half of the show, Patrick Crowley receives his award from the Rhode Island Labor History Society and gives a rousing speech about the need for more organizing in the workplace.