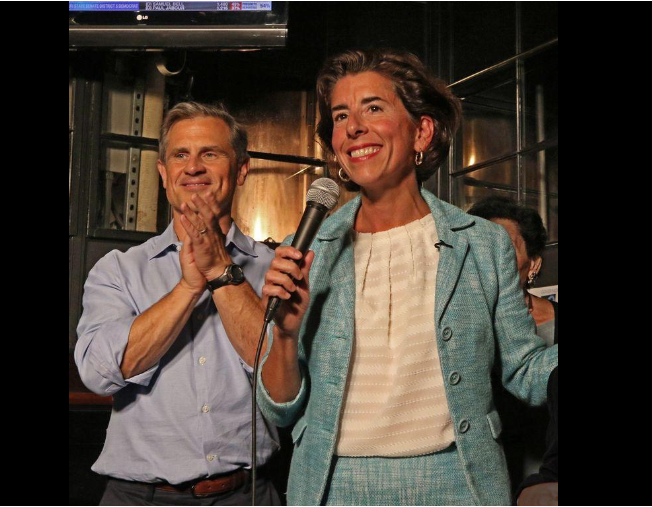 LINCOLN — The AFL-CIO federation of labor unions endorsed Gov. Gina Raimondo’s reelection bid Wednesday night, taking sides in a gubernatorial race for the first time since 2006.The endorsement was not unanimous, but AFL-CIO president George Nee said Raimondo had the “overwhelming support” from the group’s member unions, which span a broad swatch of organized labor, from construction workers to government employees, teachers and health-care workers.

Raimondo has received strong support from the building trades and social service unions, which appeared to have overcome any lingering resentment from state government workers and teachers about pension cuts she engineered as general treasurer. -READ MORE

ROVIDENCE, R.I. — The Providence Public Schools has distributed information to help families prepare for a possible strike by school bus drivers and monitors that could happen as soon as Friday.

School officials have asked Teamsters Local 251 to give five days’ notice if its members decide to walk off the job.

Answers to frequently asked questions about a possible bus strike were posted in English and Spanish on the district’s website Wednesday evening. Bilingual information will also be sent home with students on Thursday.

On Thursday, the last day before a 21-day cooling-off period expires, a federal mediator will try to elicit an agreement between negotiators for First Student and about 200 Teamster drivers, monitors and trainers responsible for transporting 9,000 students a day, mostly to Providence schools.

The Teamsters Local 251 contract expired in June and was extended until Aug. 30. When the sides could not agree to extend it again, First Student requested a 21-day cooling-off period as negotiations continued. -READ MORE 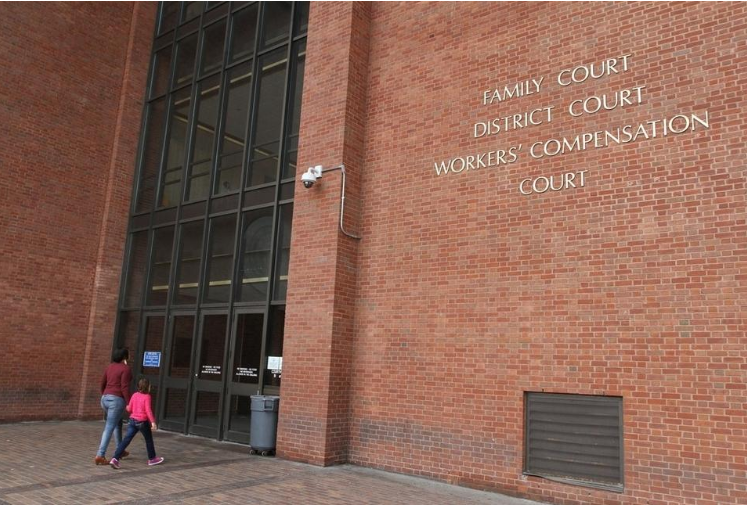 PROVIDENCE, R.I. — Rhode Island court officials continue to monitor the appearance of bedbugs at the Garrahy Judicial Complex and opted not to close the courthouse in response to concerns, a spokeswoman said Wednesday.

“To date, although there have been 5 bed bugs found in areas of the 5th and 3rd floors that have been immediately treated, the situation at Garrahy is NOT an infestation warranting closure of the courthouse,” Kara Picozzi said in an email. “As of this morning, there were zero bedbugs found after treatment of an area on the third floor.”

Picozzi said there would be an information-sharing workshop on Thursday at 3:30 p.m. in Courtroom 5C at Garrahy for all employees assigned to that building “in order to answer the inquiries raised by staff, and to continue to update staff with accurate information and findings.” The meeting is for employees only, she wrote. -READ MORE

PROVIDENCE – Rhode Island received an A- grade for its workplace protections from the National Partnership for Women & Families, the nonprofit announced Monday in a report called “Raising Expectations.”

Rhode Island was one of six states that received an A- or an A in the report, ranking fourth in a ranking of states and the District of Colombia. No state received an A+ this year. States received credit for laws affecting private- and public-sector workers that provide access to workplace leave that goes beyond the baseline set by the Family and Medical Leave Act. 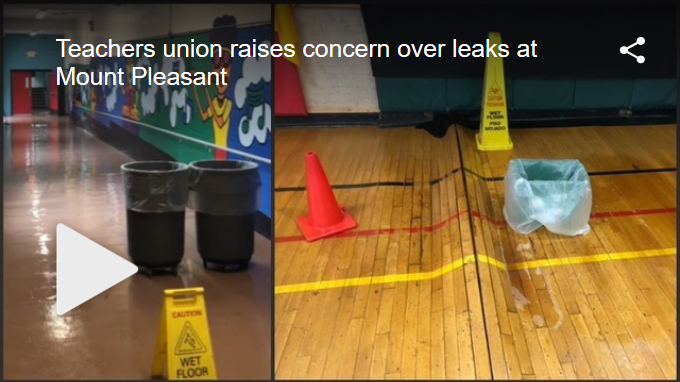 PROVIDENCE, R.I. (WPRI) — The Providence Teachers Union is raising concerns after images of significant leaking at Mount Pleasant High School have been creating a buzz on social media.

The school has been under construction for months and in order to use the front door, visitors must walk through a plywood tunnel as scaffolding towers above.

But despite all the work, a teacher at the school shared a photo of trash cans in a hallway catching water dripping from light fixtures during the height of Tuesday’s storms. Another image shows a portion of the gymnasium floor warped by flood waters. -READ MORE

NFL Players Association YouTube: Former NFL player Israel Idonije visits Horween Leather Co., the Chicago-based union shop that has produced all of the NFL’s footballs for the past 60 years. 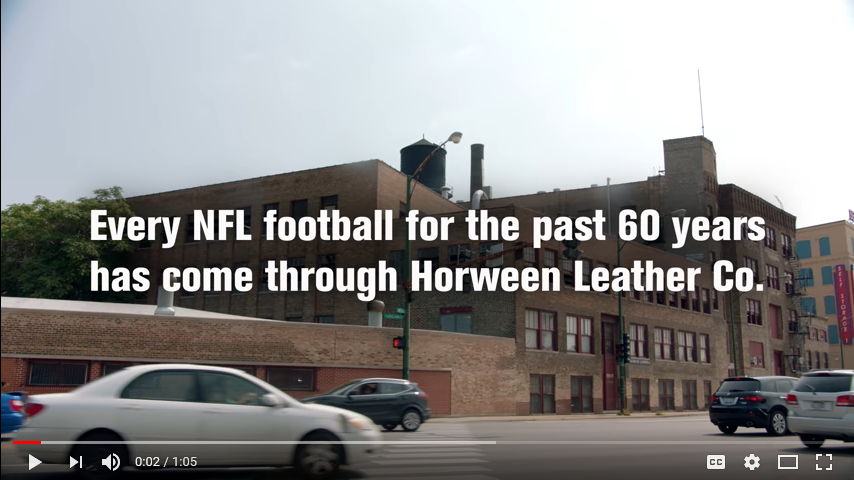 59% higher: The rate of worker fatalities in right to work states. 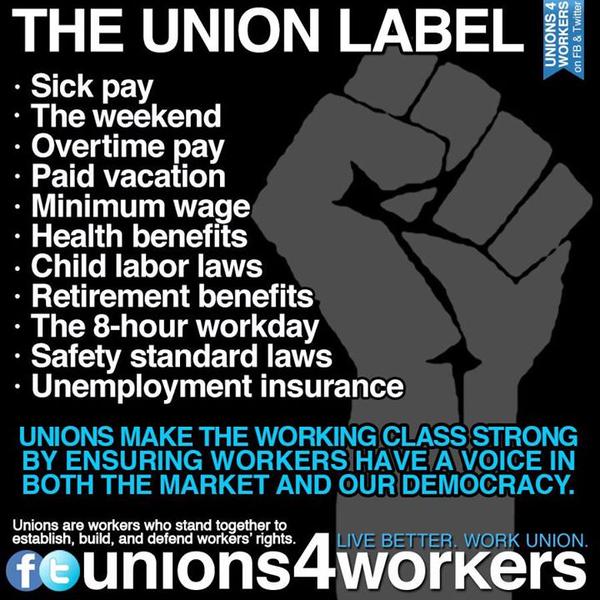 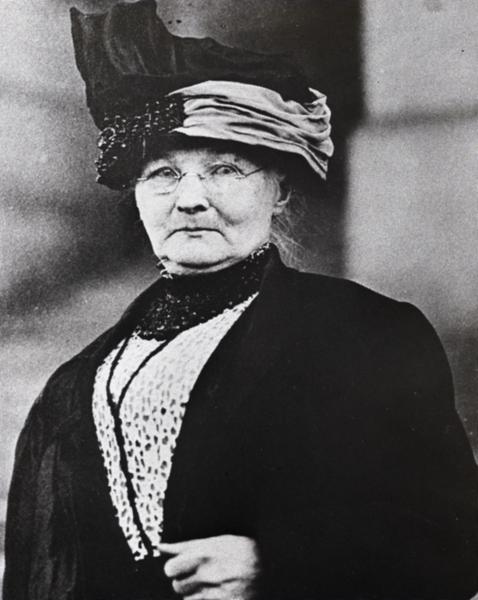 Mother Jones leads a march of miners’ children through the streets of Charleston, W. Va. – 1912

National Football League Players Association members begin what is to become a 57-day strike, their first regular-season walkout ever – 1982

Members of five unions at the Frontier Hotel-Casino in Las Vegas begin what was to become the longest successful hotel strike in U.S. history. All 550 workers honored the picket line for the entirety of the 6-year, 4-month, 10-day fight against management’s insistence on cutting wages and eliminating pensions – 1991

In the first half of the show, Secretary of State Nellie Gorbea sits down with Thom Cahir and outlines how her office has made it easier for voters to find information on voting through her department’s streamlined website. She talks about the final dates for getting registered for the general election, how to apply for an emergency and mail ballot, and how individuals can vote at their home board of canvasser’s the weekend before the election if they’ll be out of town. All things to enfranchise as many voters as possible.

And in the second half of the show, Dr.Okurowski from the OEHCRI sits down with Jim Riley to talk about proper ergonomics in the workplace and how we should all take better stock of how we position ourselves, whether it be in an office or standing on a shop floor or construction site.