CAPITOL HILL. August 28, 2018—For the first time a Rhode Island Labor leader will be honored with the World Peace Prize.

The World Peace Prize Awarding Council (WPPAC) has announced that George  Nee president of the Rhode Island AFL-CIO,  will receive the  prestigious prize of “Roving Ambassador for Peace.” 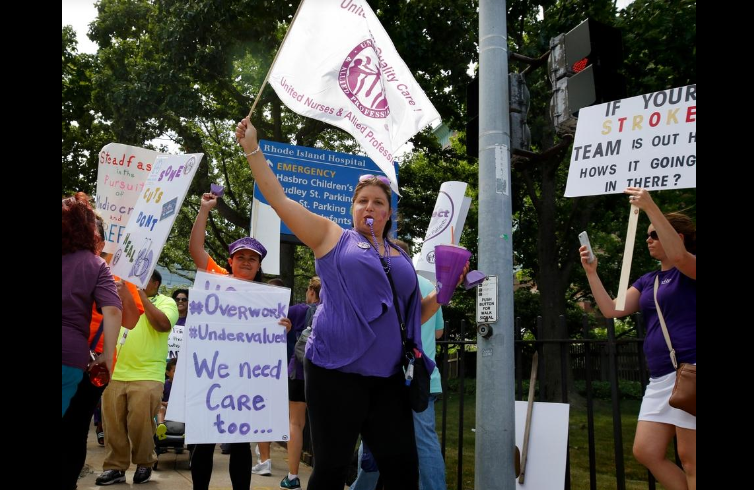 PROVIDENCE — Wednesday’s vote by United Nurses and Allied Professionals Local 5098 to approve a five-year contract with Lifespan’s Rhode Island Hospital closed the book on a long summer of labor strife in the capital city — and, the parties told The Journal last week, promises to open a new chapter of cooperation to the mutual benefit of all.

“Rhode Island Hospital is a very special place to people in the state and beyond,” said Peg Van Bree, president of Rhode Island Hospital and Hasbro Children’s Hospital, a unit of the larger entity. “Our caregivers are highly skilled and compassionate, so I’m very pleased that our new contract forms a strong foundation for us all to build upon as we work together toward an excellent work environment and continuing excellent patient care.” 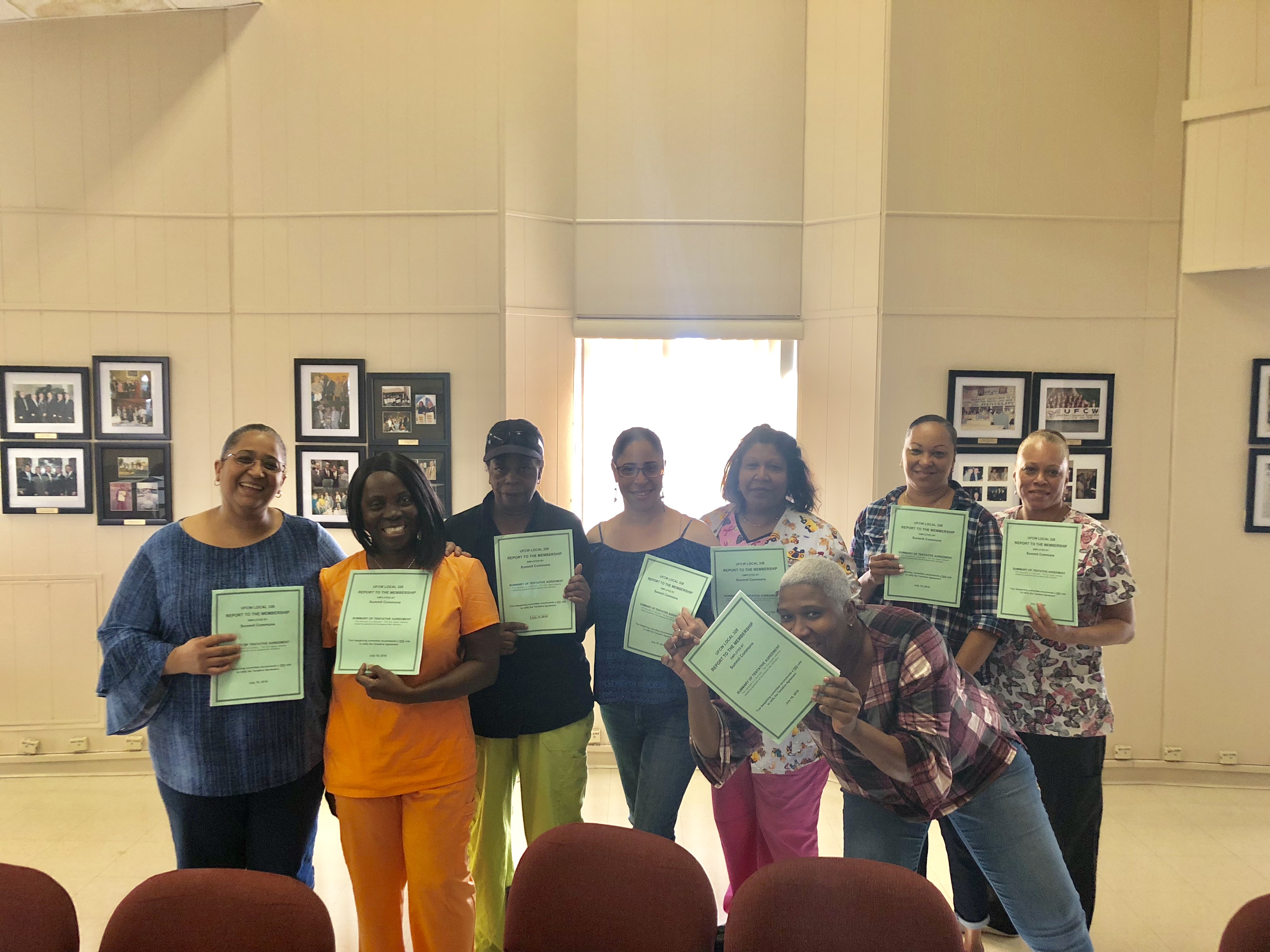 We are proud to announce that on Friday, July 27th, the hardworking certified nursing assistants, med-techs, dietary, activities, physical therapy aides, laundry and housekeeping workers at Summit Commons nursing home, located in Providence, Rhode Island, unanimously voted to approve their first union contract. Summit Commons, which is owned by Athena Health Care Systems, becomes the first nursing home in the company to organize and be covered by a collective bargaining agreement. Athena Health Care Systems operates more than 50 nursing homes across New England. The workers voted to join UFCW Local 328 in November 2016, despite the fact the company waged an aggressive anti-union campaign to discourage workers from voting yes. -READ MORE

A strike authorization was approved by the membership of Teamsters Local 251, but it’s not clear when, or even if, it would happen.

“A strike is not imminent at this time,” Nick Williams, business agent for the Teamsters Local 251, said in an email. “Both sides are currently following the process of bargaining in good faith. Due to the extremely sensitive nature of these negotiations, the last thing either side wants is a false panic in the community. We will give as much notice as possible to the media and the community if the situation should change.” -READ MORE 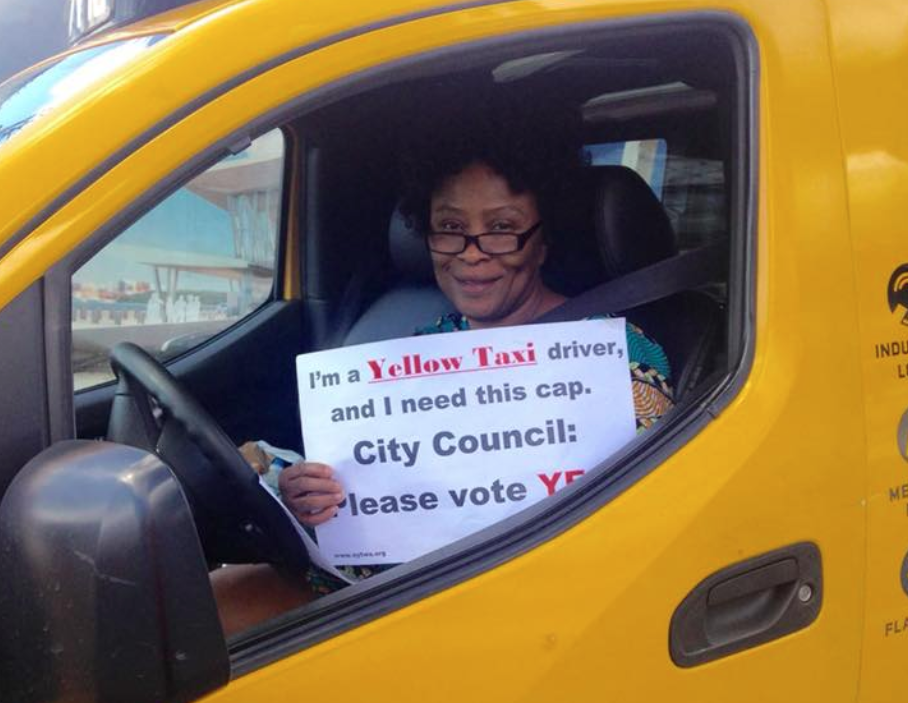 Our latest roundup of worker wins begins with New York taxi drivers fighting to save lives and includes numerous examples of working people organizing, bargaining and mobilizing for a better life.

: After months of non-stop campaigning, the National Taxi Workers Alliance (NTWA) secured first-of-its-kind legislation to regulate the app-dispatch sector, which includes companies like Uber and Lyft. The over-saturation of the roads by the vehicle-for-hire industry has led to crushing poverty that is responsible for six suicides in recent months. NTWA Executive Director Bhairavi Desai said: “This victory belongs to Douglas, to Abdul, to Nicanor, to Alfredo, to Kenny, to Danilo. This victory belongs to the thousands of [NTWA] members scraping by to feed their families, who took time away from their cars, losing precious and hard fought income to be on the streets standing together and standing up for each other….And this victory belongs to New Yorkers and our allies who have stood with us to say, not one more death, not one more fallen driver crushed by poverty and despair.” -READ MORE

On Labor Day, we carve out time to recognize and honor the wonderful achievements of America’s working people. Many of us will spend the day with close family and dear friends at a barbecue, picnic or other community event. While we enjoy the fellowship of our loved ones, it is important to reflect on what strengthens and nurtures the lives and communities of working people and how we can continue to protect our ability to make a good living that will sustain our families.

This Labor Day, we are asking working families across the country to take action and commit to improving the lives of all working people by Voting. For a Better Life. On November 6, 2018, working people will flock to the polls to support policies and candidates that are dedicated to creating fundamental, lasting change for everyone, not just the wealthy few.

Find an event near you.

48%: Nonunion workers who would vote to join a union if given the chance. 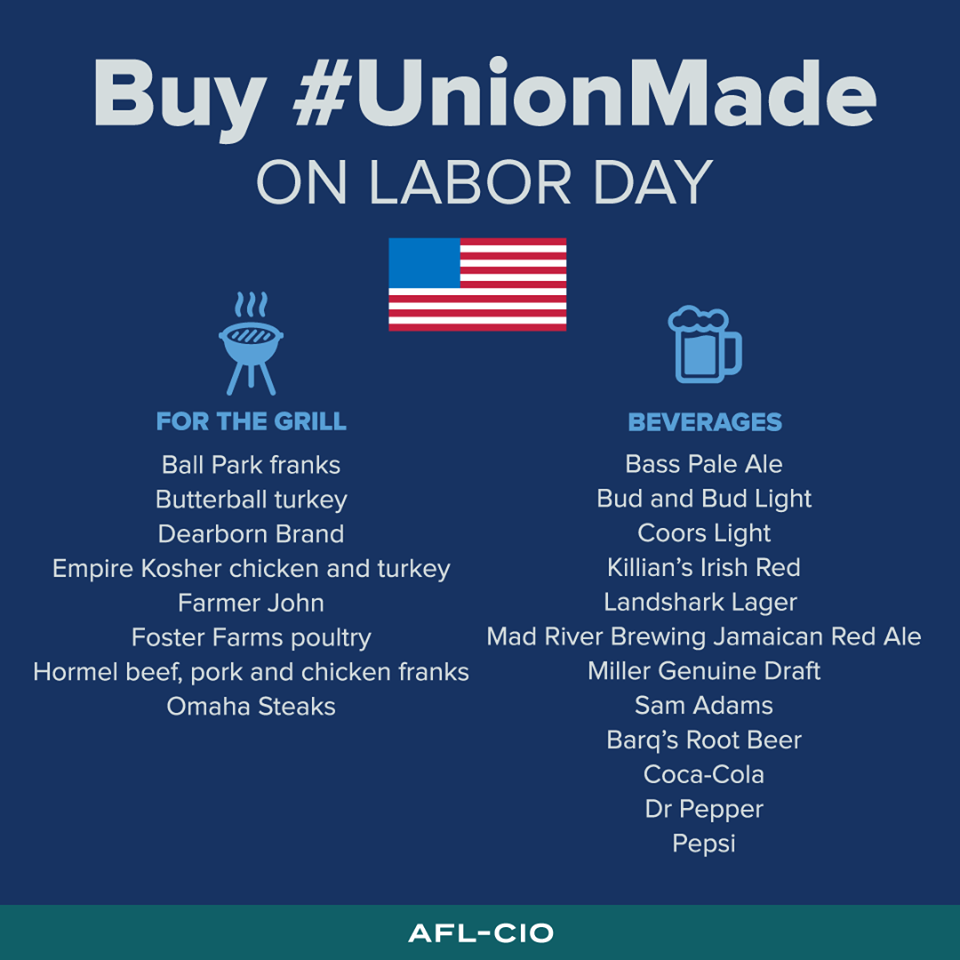 **Remember to purchase your food and beverages from Stop & Shop, Shaws and Eastside Marketplace.

When: Labor Day, September 3 @ 10 a.m.
Where: Moshassuck Cemetery, 978 Lonsdale Ave., Central Falls, RI
Details: Quenby Olmsted Hughes, Professor of Rhode Island College and President of RIC/AFT will discuss Considering the Faces of Janus: The Past, Present, and Future of the Labor Movement.

With summer reminding us it wasn’t over this past week, we decided to run one last re-run to remind you of the hazards of being outdoors as Jim Riley interviews Dr. Okurowski of the OEHCRI about the deadly complications that can occur from Lyme Disease going left untreated in the first half of the show.

And with Woonsocket teachers mulling a work-to-rule vote after getting a zero percent pay offer last week, Frank Flynn once again gives his take on the recent spate of teacher strikes around the country for better wages for our childrens’ educators.