PROVIDENCE, R.I. — The Providence Teachers’ Union is having its first negotiation session with the city in seven months.

PTU President Maribeth Calabro said she was meeting with representatives from the mayor’s administration Tuesday at 2 p.m.

The union’s relationship with the mayor’s office has deteriorated since mid-January, when contract talks broke off, according to the union, when a so-called “gentleman’s agreement” calling for pay increases fell apart.

Since then, the union protested Mayor Jorge Elorza’s State of the City speech in February, staged an informational picket of an education forum this spring and asked the president of the American Federation of Teachers, Randi Weingarten, to speak out on the stalled talks during a visit to Providence in June.

PROVIDENCE – The president of the Rhode Island Building and Construction Trades Council has asked the Providence City Council president for another hearing by the city’s ordinance committee on a request to change zoning for the Hope Point Tower.

In a letter, Michael Sabitoni, the Building Trades president, cited the absence of a representative for developer Jason Fane at the recent hearing held by the council’s ordinance committee.

After listening to public comment for several hours, the committee voted July 18 to recommend the City Council deny a zoning request needed for the project. -READ MORE

When talks ended for the day on Wednesday night, the federal mediator set Aug. 15 for the next session. A UNAP spokesman said the union plans an informational picket from 2 to 4 p.m. that day outside The Miriam Hospital in Providence.

“All of us are eager to settle this contract as quickly as possible and get back to focusing 100 percent of our attention on providing world-class care for our patients,” local president Frank Sims said. “We’re fighting for a fair and competitive deal, and to make important changes to improve patient safety and working conditions for front-line caregivers. We’re ready to talk, but won’t be bullied by Lifespan into a contract that devalues or disrespects our members.” –READ MORE

New York Tines: The Wind at Labors’ Back 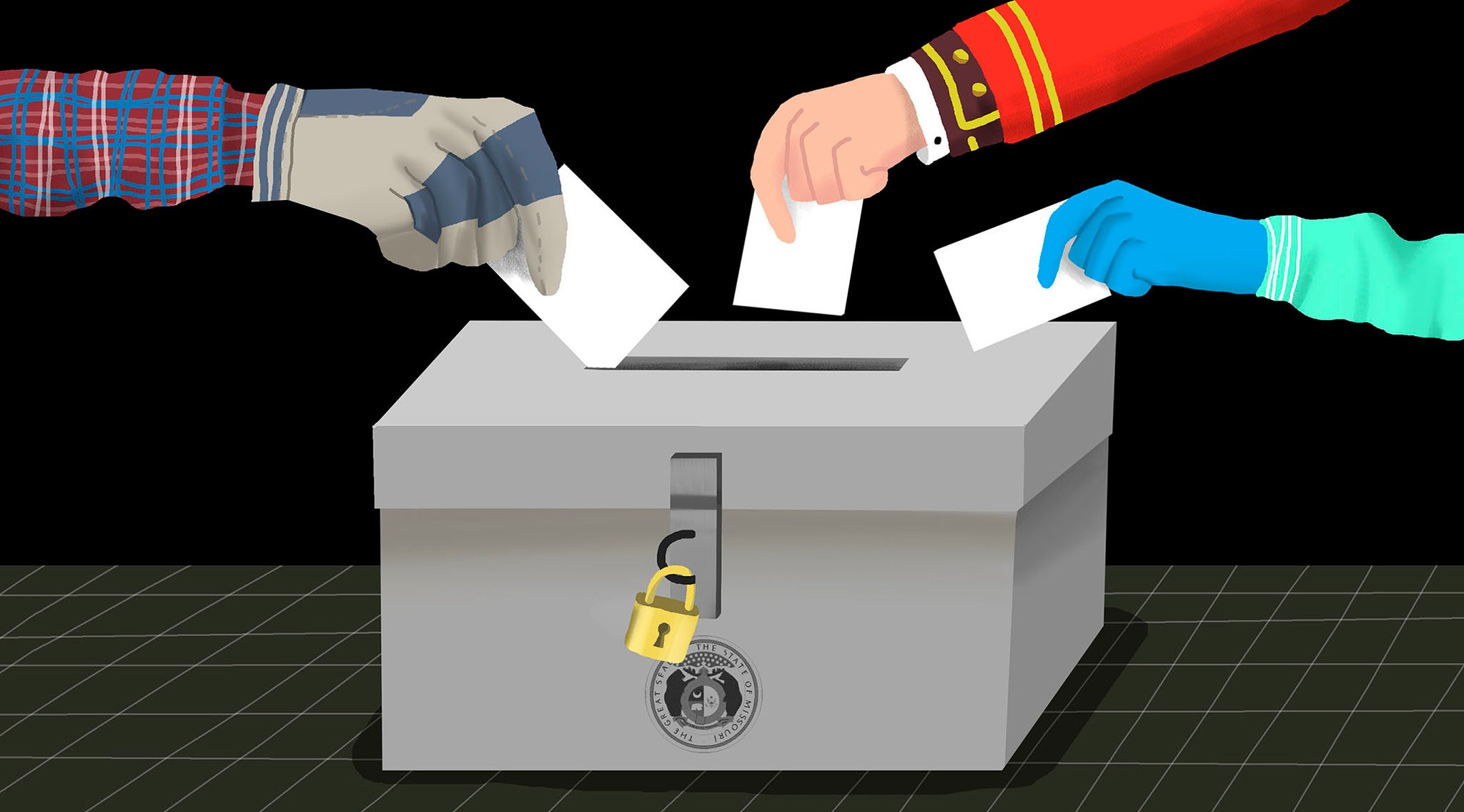 In recent decades, conservative activists and lawmakers have turned labor unions into convenient punching bags. In Missouri on Tuesday, however, unions seemed to figure out at least one way to punch back: Voters there resoundingly defeated an anti-union law via ballot proposal.

There’s always a danger in over-interpreting the results of a single election, but the two-to-one margin by which Missouri voters overturned the so-called right-to-work law appears to be the latest sign of resurgent and effective labor activism. The vote comes months after teacher strikes around the country forced Republican-controlled legislatures in states like West Virginia and Oklahoma to hand out big raises to overworked and underpaid workers for the first time in many years. -READ MORE

Eleven members of the Chicago #1 local iron workers took it upon themselves to recreate an iconic image from 20th century pop culture by posing for lunch on a girder dangling hundreds of feet above the Loop. As a modern touch, the recreation swaps out the original photo’s flask of whiskey for a soft drink and has the two men on the far left sharing an image on a smartphone rather than a cigarette.

The image recently reappeared on Reddit’s “Old School Cool” sub accompanied by the original Lunch atop a Skyscraper photo where it quickly climbed the ranks. While the black and white original dates back to the 1932 construction of Manhattan’s 850-foot 30 Rockefeller Plaza (now officially known as the Comcast Building), the re-staging was taken from atop Chicago’s new CNA Center. -READ MORE

Richard L. Trumka Twitter: Working people have spoken: “NO on Prop A.” Missouri is the latest sign of a true groundswell. And working people are just getting started. 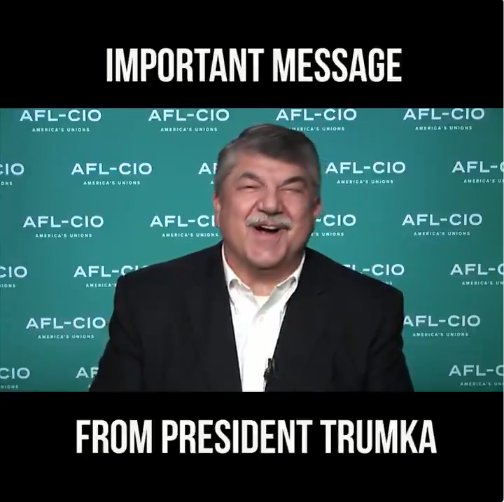 771,000: The number of doors knocked by working people in Missouri. 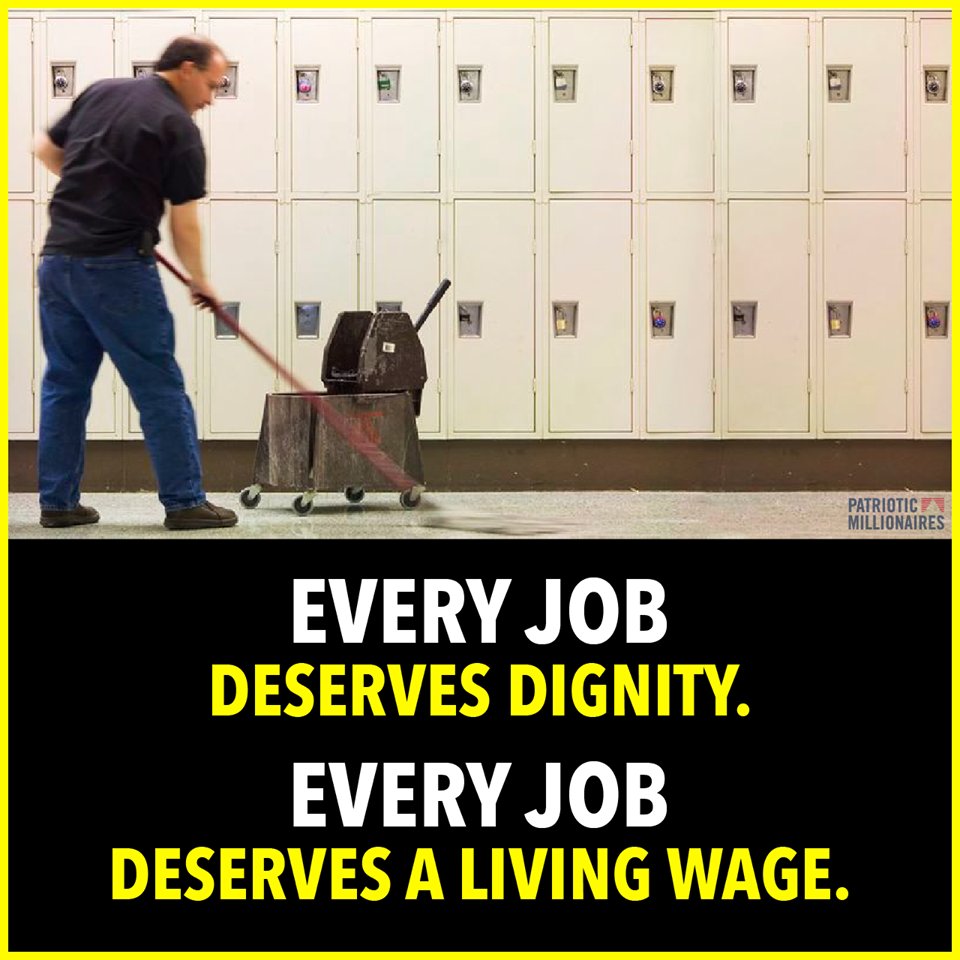 No upcoming events. Check the ENews next week.

After a three-day strike and one-day lockout at Lifespan properties, R.I. and Hasbro Children’s hospitals, UNAP members and management got back to bargaining last week under the threat of the membership giving authorization for another strike. Jim Riley sits down with Executive Vice-President Norman Farias and Vice President Tracie Galloway, both e-board members of UNAP Local 5098, to hear just what the issues are separating the two sides.
And in the second half of the show, we’re replaying this segment again, because it can’t be stressed enough for our active and members who work outdoors, the need to stay protected from carriers of the deadly Lyme Disease; as Jim Riley sits down with Dr. Okurowski from the OEHC of Rhode Island to learn all the facts of this slow-acting, neurological disease.