PROVIDENCE, R.I. — For the last two weeks, the president of one of the AFSCME locals at the University of Rhode Island has been on a campaign to win over potential union members who had, at some point in their work-lives, made a decision to opt-out of their union.

His target: a relatively small cluster of state workers in a professional staff unit at the university who have been paying a “fee” instead of union dues to Council 94, American Federation of State, County & Municipal Employees.

The campaign was prompted by the June 27 U.S. Supreme Court decision that prohibits labor unions from compelling payments from non-union members.

Janus v. AFSCME was decided by a 5-4 majority in favor of Mark Janus, who argued that he should not have to pay a fee to the union that represented employees at his workplace on First Amendment grounds. -READ MORE

Providence Journal: Another ‘no’ vote for proposed 46-story tower in Providence 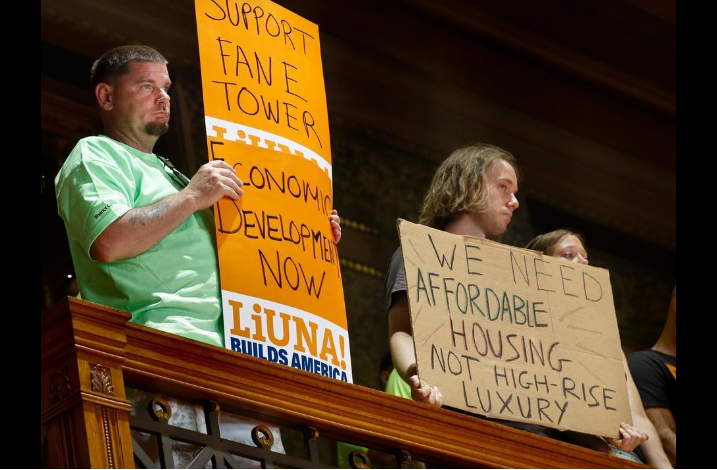 PROVIDENCE, R.I. — The Providence City Council’s Committee on Ordinances voted Wednesday night to deny recommending a zoning change that would allow for a 46-story tower to be built on former Route 195 land.

The zoning change question will now go before the City Council with the committee’s recommendation, likely sometime in September.

The project proposed by New York City-based developer Jason Fane for the 600-foot luxury apartment tower at parcel 42, requires a zoning change to exempt it from that area’s 100-foot height limit. The City Plan Commission in May voted not to recommend the zoning change, but the decision to approve the change ultimately lies with the City Council. -READ MORE

Providence Journal: Lifespan spends $10 million to prepare for strike, will reduce offer by that amount. 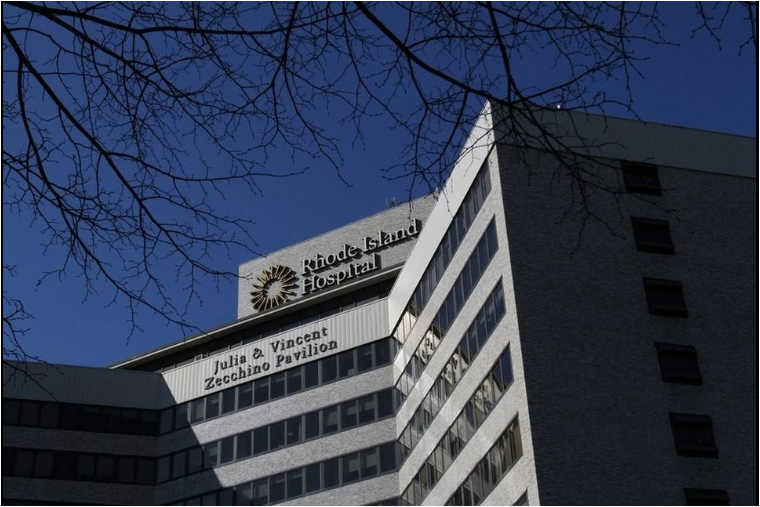 PROVIDENCE, R.I. — A second day of federal mediation ended Tuesday with management of Rhode Island and Hasbro Children’s hospitals initiating costly preparations for a strike by the union representing more than 2,400 nurses and other healthcare professionals that could begin at 3 p.m. on July 23, according to a statement issued early Tuesday evening by the hospitals’ parent, Lifespan.

“Late Tuesday afternoon, the leadership of the United Nurses and Allied Professionals made the decision to move ahead with its intent to strike,” Lifespan said. “In order to provide continuous, quality patient care in the event of a strike, we have now paid $10 million to a temporary staffing agency, which enables them to mobilize people, make travel arrangements and secure accommodations.” -READ MORE

AFL-CIO: Trumka on Crooked Conversations Podcast: ‘Collective Action Is on the Rise’ 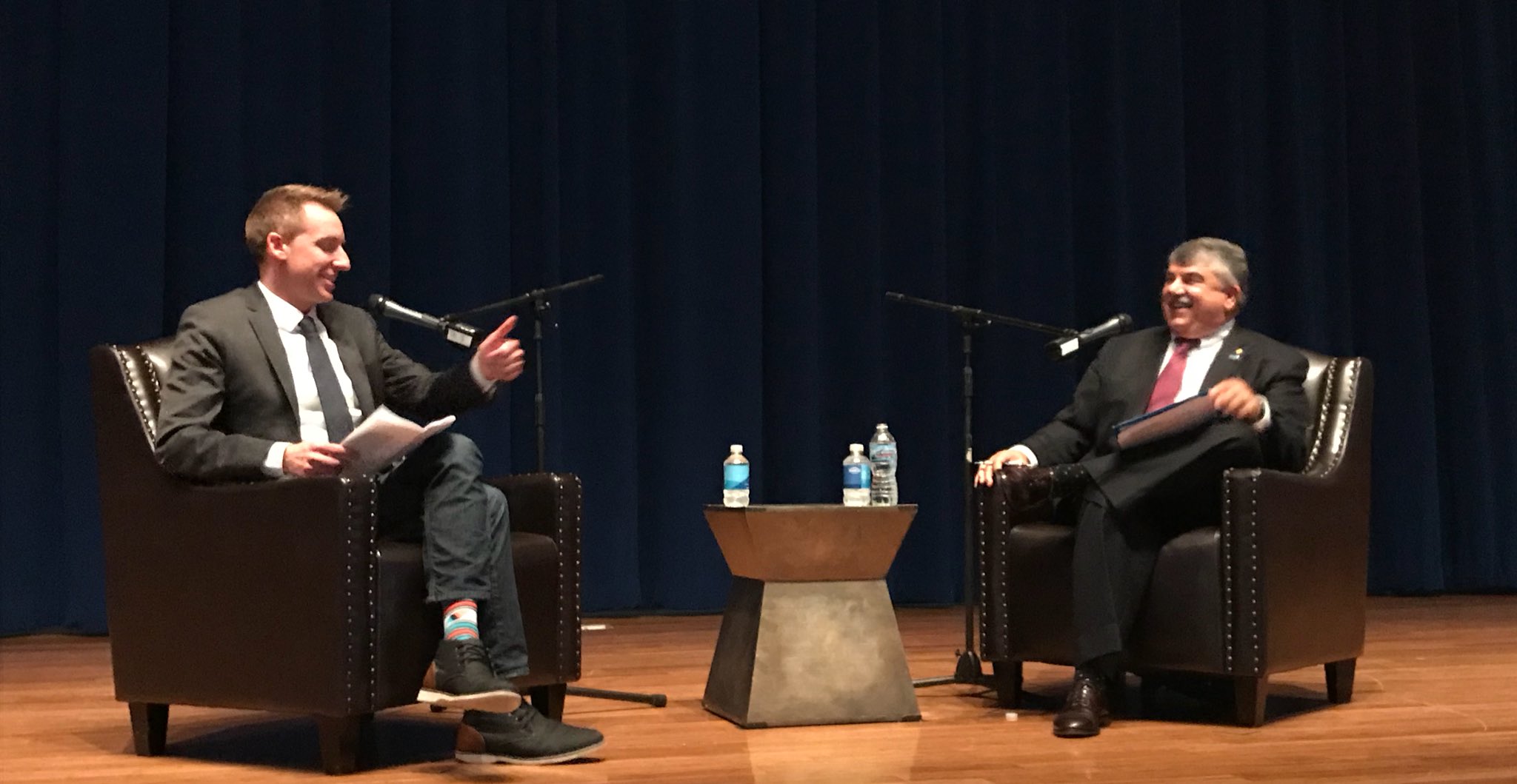 On this week’s episode of Crooked Conversations, AFL-CIO President Richard Trumka sat down in Missouri for a live recorded conversation with Let America Vote President Jason Kander. The pair discussed the importance of unions, the rise of collective action and the future of the labor movement.

See a few highlights below, and check out the full episode here.

Trumka: My son was about 4 years old at the time, and we were in the backyard. And he had one of those little motorized jeeps. He and his buddy were riding around in the back, and I was on the phone talking to somebody about the union, and he heard me say that. So he pulls up in the jeep and he said, “Dad, what’s a union?” -READ MORE

The Hill: Unions aren’t a thing of the past. Unions are our future 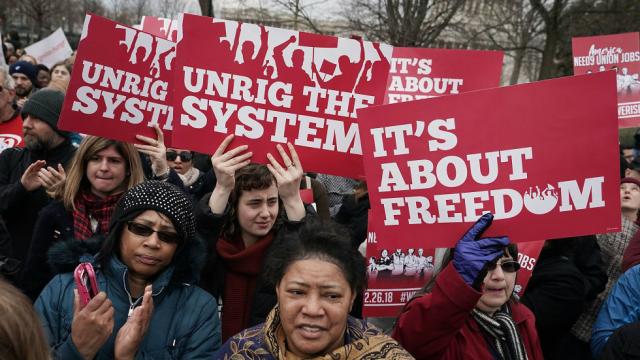 I have an embarrassing confession to make: I underestimated how much anti-worker extremist groups really hate organizations that empower working people. After all, I have a good union job. Plus, my employer respects and supports collective bargaining.

Five U.S. Supreme Court justices reminded the country on June 27 that groups like the Freedom Foundation not only detest labor unions; they want them to be a thing of the past.

However, working people are more determined than ever to continue to fight for our right to stand together in unions now and in the future. -READ MORE

AFL-CIO: Collective Action on the Rise: How the Labor Movement Can Sustain the Momentum of Change

3.1%: Cut in hourly wages for the average worker in a “right to work” state. 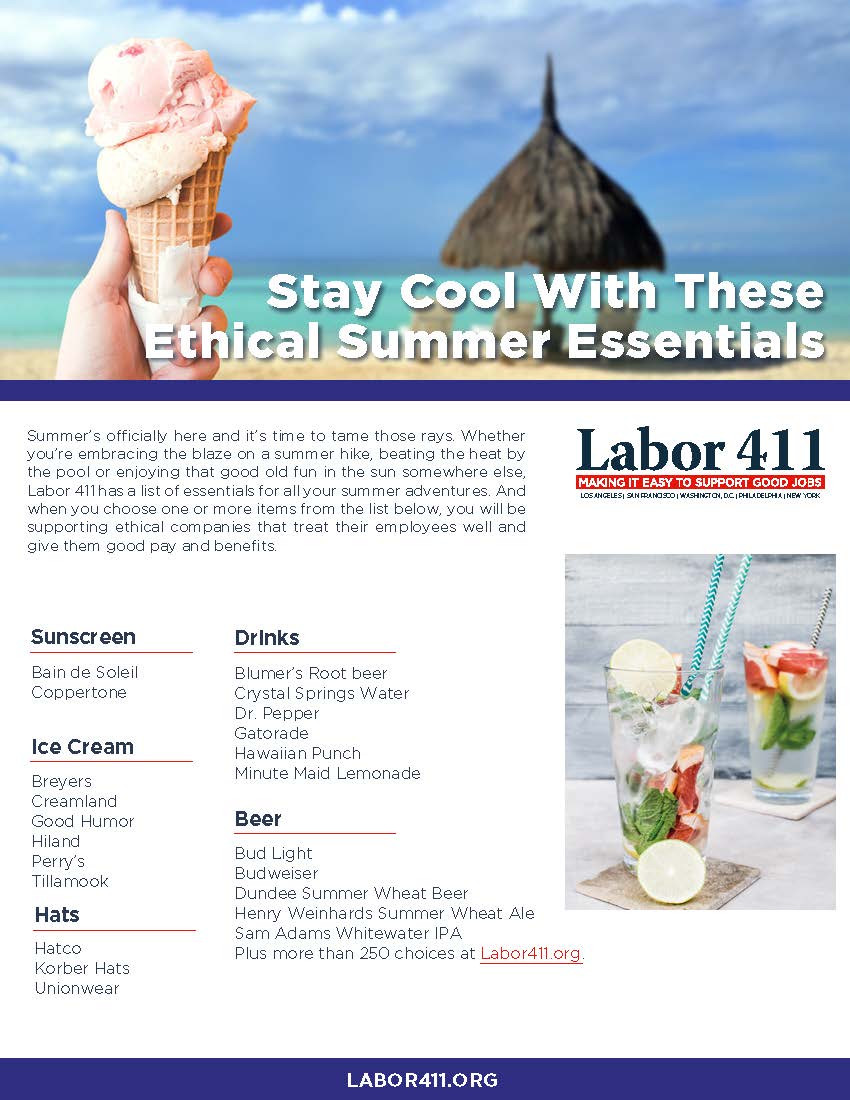 In the first half of the show, Bob Delaney sits down with David Cookson and Michael Whittaker of Beacon Mutual Insurance about the dangers of heat-related illness that can take place on the job at this time of year, especially the construction industry, where more than 40 percent of these events occur. They discuss what can be done, options for employers, and even an app put out by OSHA and NIOSH to help workers know if heat conditions are safe.
And in the second half of the show, continuing on the topic for our members who work and enjoy being outdoors, we’re replaying Dr. Okurowski from the OEHCRI talking about Lyme Disease, its long-lasting implications if left untreated and what everyone needs to know to take protections against this silent neurological disease so prevalent in our area.