In his June 10 Commentary piece (“Uninspired teachers hurt R.I. students”), Portsmouth teacher Michael Marra criticized the effects of teacher tenure and seniority. As president of the Rhode Island Federation of Teachers, I find that Mr. Marra’s remarks are uninformed and misdirected.

Rhode Island General Law §16-2-11 confers on the superintendent of each school district the “care and supervision of public schools” and “the appointment of employees of the district.” In fact, no teachers’ union official in Rhode Island has ever had the authority to hire or terminate a single teacher. -READ MORE

(EAST PROVIDENCE, R.I.) – By standing together, Teamsters Local 251 members at DHLNH fought and won a first contract that demonstrates the power of a union.

“This is a strong first contract for workers willing to fight for one,” says Matt Maini, Teamsters Local 251 Business Agent. “These brave workers went on strike for nine weeks and demanded the respect that they deserve.”

THE PROVIDENCE JOURNAL EDITORIAL BOARD

No session of the General Assembly ends with a perfect record, but the 2018 session did produce some victories, and one of them was the approval of a plan that could finally provide some of the money needed to fix Rhode Island’s public school buildings.

According to last year’s study, addressing all the serious deficiencies would cost $2.2 billion, and just making the buildings warm, safe and dry would cost $628 million.

The plan, which now goes before voters on the November ballot, will not address all of these concerns.

If approved by voters, it would allow the state to borrow $250 million, which would go to cities and towns that choose to participate and contribute to the costs. Then, if all goes as planned, a second $250 million bond would go before voters in 2022. -READ MORE 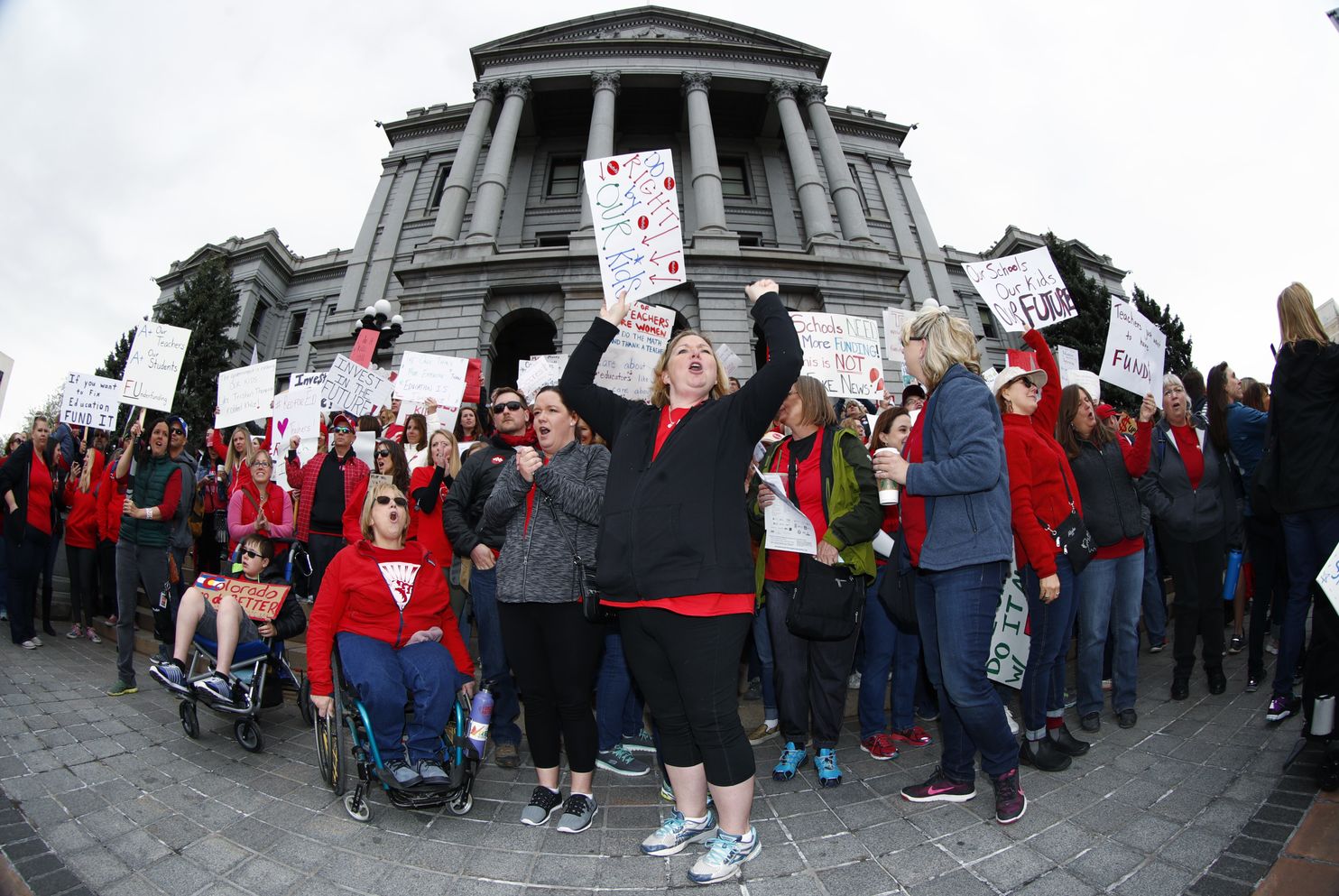 Their membership has been declining for decades. They’ve been bedeviled by crippling new laws, and by a devastating U.S. Supreme Court decision just this week. From all appearances, it would seem that labor unions are an endangered species.

But here’s the surprise: Organized labor is showing new signs of life.

Last year, labor netted 262,000 new recruits. The movement notched several high-profile wins this spring, organizing 5,000 teaching assistants and graduate students at Harvard and winning an election in a small unit at Boeing in South Carolina, the state with the lowest union density in the nation.

It’s no secret that the waning power of American unions has contributed to stagnant wages. But a new study suggests that this trend hasn’t affected just worker income. It also may have cost thousands of lives.

The portion of the U.S. work force covered by unions has fallen for decades, and the labor movement suffered another major setback Wednesday when the U.S. Supreme Court struck down public-employee contracts requiring workers to pay union dues.

The new study focuses in particular on the extent to which state “right to work” laws – which barred mandatory union dues for non-union members even before Wednesday’s Supreme Court ruling — translate into more workplace deaths. Using mathematical modeling techniques, the study found that the rate of job-related deaths among U.S. workers from 1992 through 2016 was 14.2 percent higher than it would have been if union membership had not been undercut by right to work laws.

That equated to roughly 7,300 extra workplace deaths over the 25-year period, according to author of the analysis, Michael Zoorob. -READ MORE

50%: Rise in American workers who would vote to join a union. 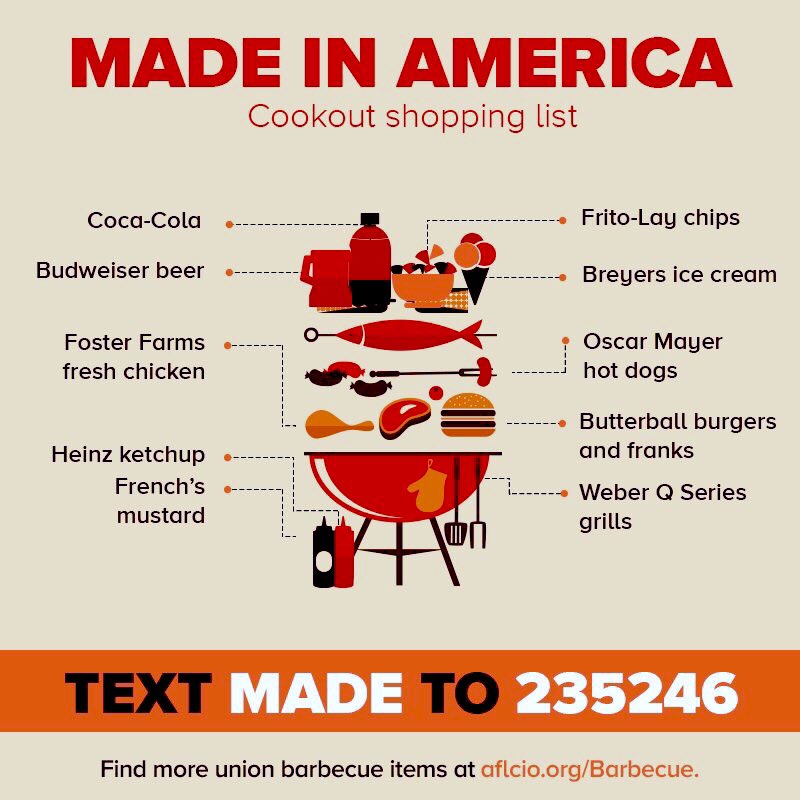 Remember to purchase your BBQ food and items from Stop & Shop, Shaws and Eastside Marketplace when you are having barbecues this summer.

The Struggle for African American Civil Rights in Rhode Island 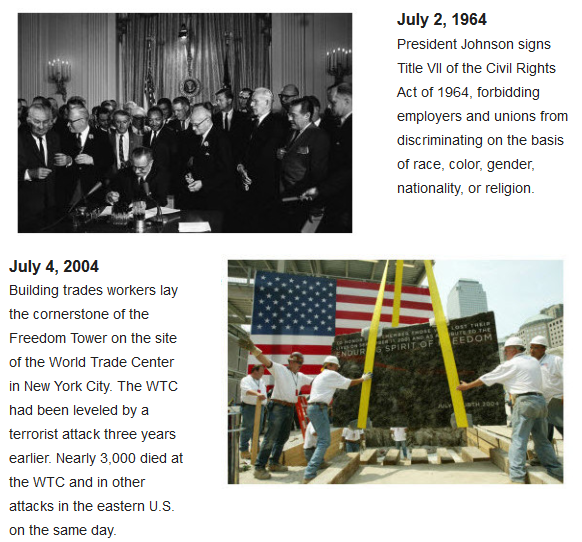 In the first half of this week’s show, Dr. Okurowski from the OEHCRI sits down with Jim Riley to talk about an occupational hazard for anyone that works outdoors but is also a nuisance on a much larger scale for everyone that spends time outside, Lyme Disease. If you see only one show all year, this should be the one you watch. Lyme Disease is nothing to dismiss, it has long-lasting implications and isn’t caught easily; watch and learn what you need to know about this silent neurological disease and take protections for you and your loved ones.
And in the second half of the show, in light of the Janus decision and his op-ed piece run in last Monday’s (7/2) Providence Journal, we’re re-running Frank Flynn’s take on the West Virginia teacher walk-outs when he sat down with Jim Riley earlier this year.