PROVIDENCE, R.I. — In a 5-4 decision, the Supreme Court of the United States today issued a ruling in a case that abandons decades of common sense precedent.

The case, Janus v. American Federation of County, State Municipal Employees, Council 31, overturns sound jurisprudence that was established more than 40 years ago in Abood v. Detroit Board of Education. The unanimous ruling in Abood had allowed states and localities the freedom to choose whether all public employees should pay their fair share for the employment representation they receive.

“The history of the AFL-CIO demonstrates that we have fought through far more adversity than one Supreme Court decision. The AFL-CIO is an organization of unions and by its very nature we depend on cooperation and collective action. This court decision presents a challenge in the short term, but in the long term we will draw on our successful history of labor organizing to grow even stronger,” said Rhode Island AFL-CIO President George Nee. As stated eloquently by AFL-CIO President Richard Trumka, “we have never depended on any politician or judge to decide our fate and we sure aren’t about to start now.” 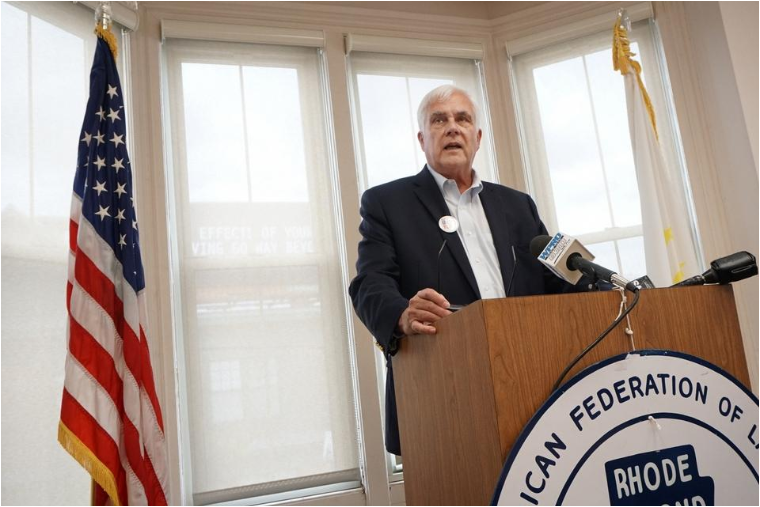 The threatening clouds outside mirrored the tense and determined atmosphere at AFL-CIO headquarters Wednesday afternoon, as about a dozen labor unions turned out in reaction to the U.S. Supreme Court’s ruling that government workers can’t be forced to pay union fees.

“We have received very quickly, very strong support from our congressional delegation and Governor Raimondo,” George Nee, president of the Rhode Island chapter of the AFL-CIO, said at the news conference. “When you’re in a fight, it’s good to know you have friends.

“We’re going to be fine,” he added. “We will continue to organize, and we have been organizing.” -READ MORE 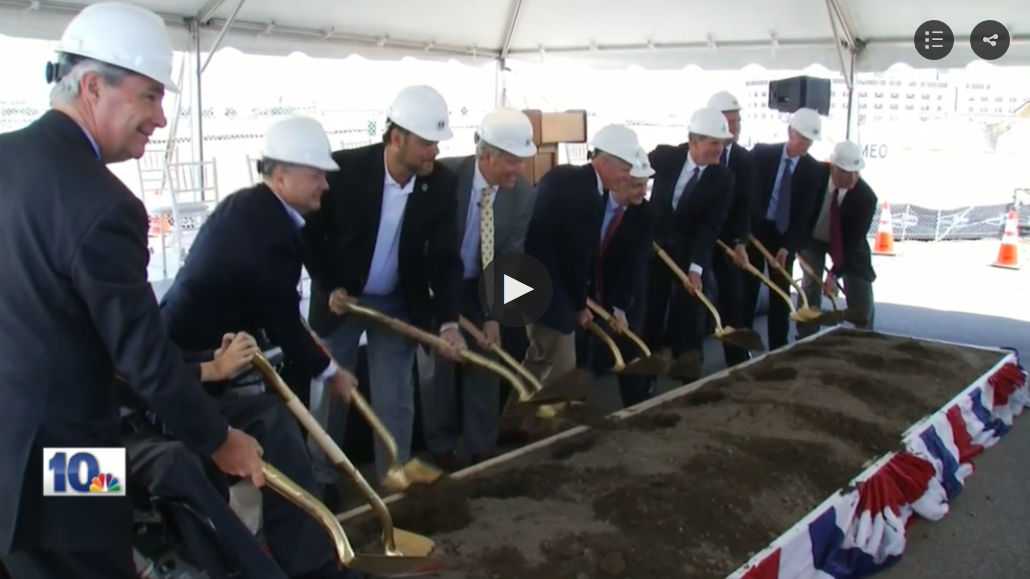 “These new state of the art facilities, will help our well trained and dedicated workforce to continue to deliver highly capable submarines to our Navy,” said General Dynamics Electric Boat President Jeffrey Geiger.

“This is the start of a significant capital investment up here on Quonset Point to build out what will be nearly twice the square footage of module assembly space to support a significant increase in building submarines for the United States Navy and all the jobs that come along with it,” said Geiger.

The company anticipates adding at least 1300 new jobs over the next decade, bringing its workforce to a total of 6,000.-READ MORE

AFL-CIO: Economists Have the Answer to Inequality: Working People Standing Together

At its core, income inequality is simply about a lack of power among the masses and an abundance of it for a few at the top. Its real-world effects are wage stagnation, less access to health care and secure retirements, and higher poverty. Throughout much of the 20th century, there was a powerful mechanism to keep inequality in check: unions.

When a large swath of the workforce had the ability to negotiate with employers over wages, benefits and working conditions, a balance of power existed. By standing together in a union, working people got a fair share of the economic gains they helped create. It extended beyond workplaces that were joined together in union by raising standards across the board, leading to an economic boost for all workers. But as unions declined, worker bargaining power dipped, ushering in the exploding inequality that we’re all feeling in one way or another today.

So what do we do? A growing number of economists are looking to our past for the answer: strong unions. -READ MORE 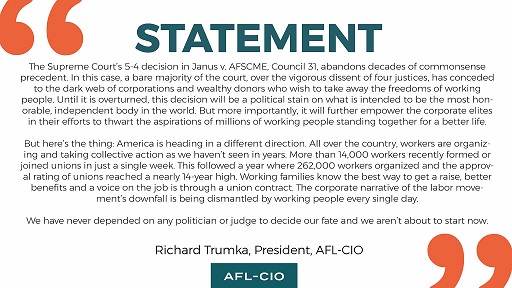 After holding steady for decades, the percentage of American workers in all jobs who would say yes to join a union jumped sharply this past year, by 50%, says a new, independent study from the Massachusetts Institute of Technology. The evidence is clear: The popularity of the labor movement is surging as more people want to join unions than ever before. Every worker must have the freedom to negotiate in a union over pay, benefits and working conditions.

The national narrative that the economy is doing OK, while working people struggle and billionaires bask in their latest round of massive tax cuts, is all wrong.

The truth is more working people want collective power. From 1977 to 1995, the percentage of all workers who would say yes to a union drive stayed flat, at about 32% of nonunion workers. Today, that number is 48%, a remarkable 50% increase. -READ MORE

AFL-CIO: The Supreme Court just joined the corporate attack on working people, but we won’t sit quietly. Join us: www.freedomtojoin.org.

68%: That’s how many workers between the ages of 18 and 29 see unions favorably, according to a new study from the Pew Research Center.

Join RICOSH and R.I. CLUW in our effort to promote safe and healthy workplaces.
We, as workers, community, labor, nonprofit, legal and academic activists, hereby commit to the following:
Building on decades of groundbreaking, often unsung efforts to create work environments that are free from sexual harassment, discrimination, and violence, we are uniting our voices to say it is OUR TURN to change power dynamics that have allowed and supported these harmful practices to continue and thrive.
It is OUR TURN because people continue to go to work every day only to be verbally, emotionally, and physically abused; treated with disrespect; and ignored, threatened, and retaliated against when they speak up. It is OUR TURN to unite and take back our workplaces.
Click on this link to pledge.

When: Friday, June 29 @ 2- 5 p.m. Where: Rhode Island Hospital: Dudley/Eddy Streets
Details: Wear purple. Please join us in support of our brothers and sisters from UNAP at RI Hospital.

The Struggle for African American Civil Rights in Rhode Island

No one fell asleep at the switch, and we didn’t forget to pay the bill; but because of the holiday week and traditionally high number of vacations taken this week, we’ll be re-playing last week’s episode. Please, have a happy and safe holiday from everyone here at the Institute for Labor Studies and Research and the Rhode Island AFL-CIO.
In the first half of the show Mike Sabitoni and Scott Duhamel explain how the RI Building Trades work with all stakeholders to get construction projects done in Rhode Island; and in the second half of the show, Linda Katz receives her lifetime Eagle Award at the Institute Awards dinner.