Providence, RI – On Monday, April 9, 2018, the Executive Board of the Rhode Island AFL-CIO unanimously voted to endorse U.S. Senator Sheldon Whitehouse, Congressman David N. Cicilline, Congressional District 1, and Congressman James R. Langevin, Congressional District 2 for re-election to their respective seats in the United States Congress.
Following the vote by the Executive Board, Rhode Island AFL-CIO president George H. Nee, stated, “The Rhode Island AFL-CIO’s 80,000 members and retirees proudly stand behind Senator Whitehouse, Congressman Cicilline and Congressman Langevin’s 2018 re-election bid for United States Congress.. For many years, these three members of our federal delegation have proven themselves with their tireless commitment to workers rights, as well as social and economic justice for all.”

There is no greater investment than ensuring our children have the foundation built for future success. As Rhode Island’s school buildings get older and unhealthier each year, the time is now to invest in new school infrastructure. Building new schools and making necessary technology updates are vital to Rhode Island’s economic recovery and also stimulate job growth.

Construction workers are the backbone of a strong economy and play a critical role in school infrastructure investment. Skilled men and women go to work each day, in sometimes difficult conditions to put food on the table for their families. Tirelessly, they pour blood and sweat safely and efficiently building our roads, bridges, schools, water and energy systems. -READ MORE

Now working for a television station in Arizona, Bagni said knowing what he does about Sinclair’s employment contracts, he doesn’t blame WJAR anchors Frank Coletta, Alison Bologna, Patrice Wood or Dan Jaehnig for reading segments about “false news” that critics have called attacks on journalism.

“I wouldn’t read what Frank and Alison did, but I don’t blame them, because their jobs were on the line,” Bagni said. “There are so many journalists there that are so dedicated, but they are stuck. They basically put you in a box so you don’t have a choice.” -READ MORE 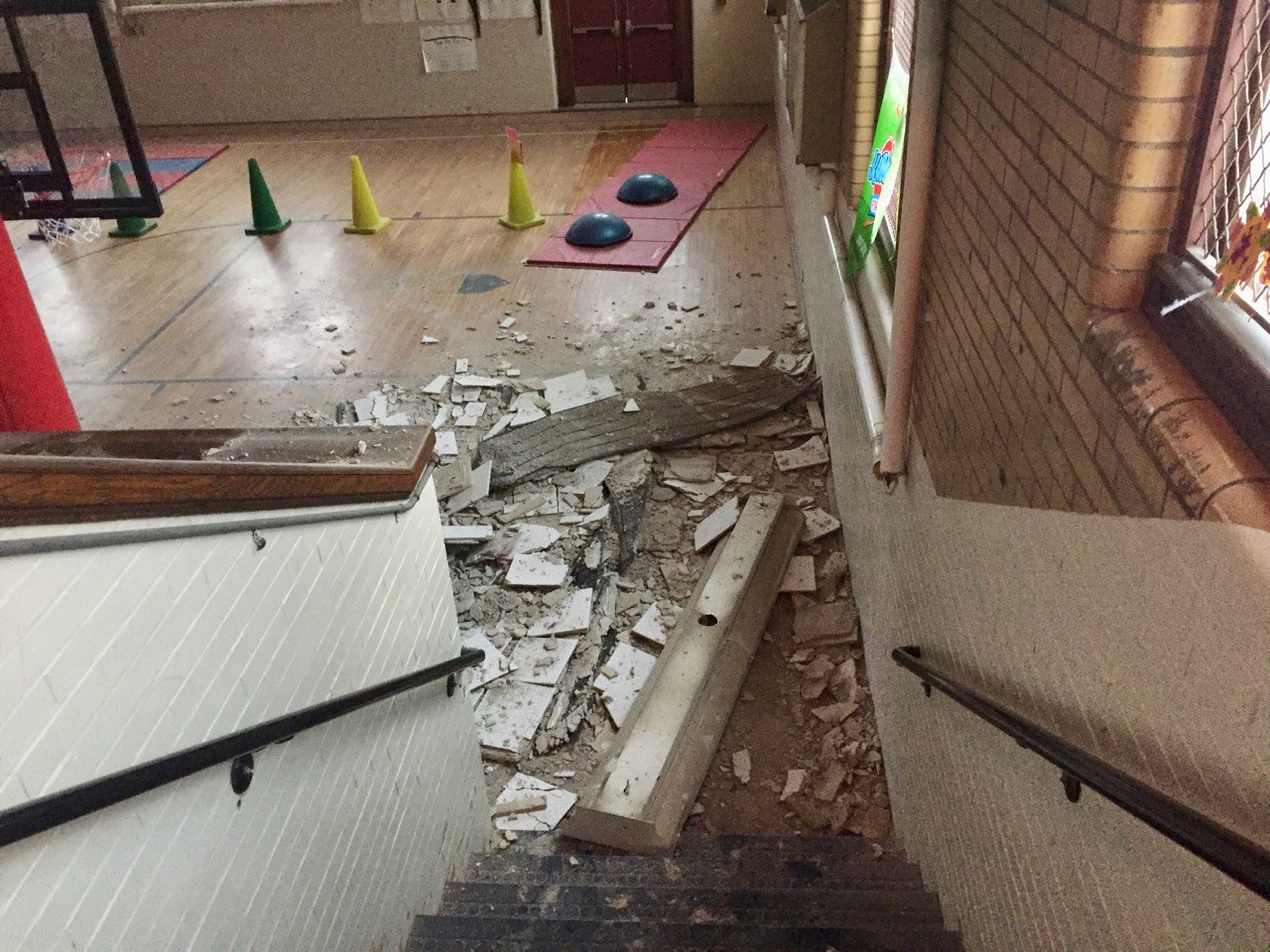 East Greenwich, R.I. – A section of plaster ceiling in the gymnasium at Eldredge Elementary School, including a light fixture, fell Tuesday morning during a third grade gym class. No one was injured.

School officials said the incident happened at approximately 10:55 a.m. Students and two faculty members were in a different area of the gym at the time. Principal Dan Seger sent an email to parents on Tuesday. -READ MORE

The Newsguild – CWA: Journalists of the Chicago Tribune: It’s time to form a union

Forty-six employees announced the effort in an open letter to their newsroom colleagues. “In the past few weeks, we’ve talked to most of you about our hopes for the Chicago Tribune and its community publications. Those conversations have convinced us: It’s time to form a union. We’re hoping you’ll join us,” the letter said.

The union organizing drive at the Chicago Tribune marks the Guild’s fifth campaign among journalists this year. It follows successful campaigns at the Los Angeles Times in January, the Casper Star-Tribune in February, Mic.com in March and the Missoula Independent last week.

“There’s an uprising among journalists – a fight for the heart and soul of the profession,” said NewsGuild President Bernie Lunzer. “It’s evident in the union organizing campaigns. It’s also evident in the defiant actions of the editors of the Denver Post and in the reaction to the outrageous demands of Sinclair Broadcasting. -READ MORE 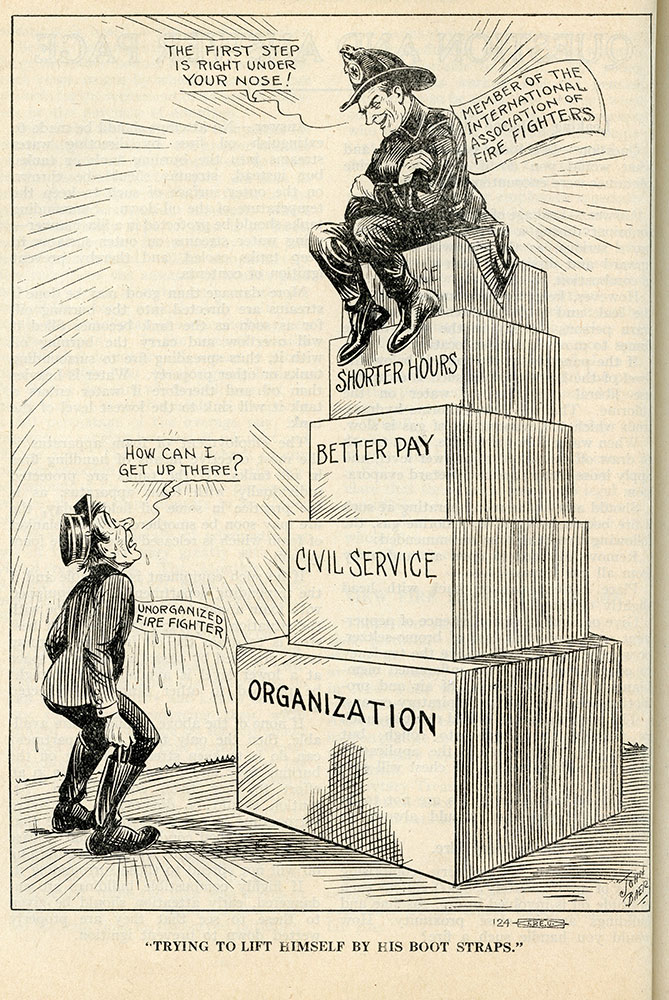 19%: That’s how much more educators with unions earn, compared to teachers who don’t belong to a union. 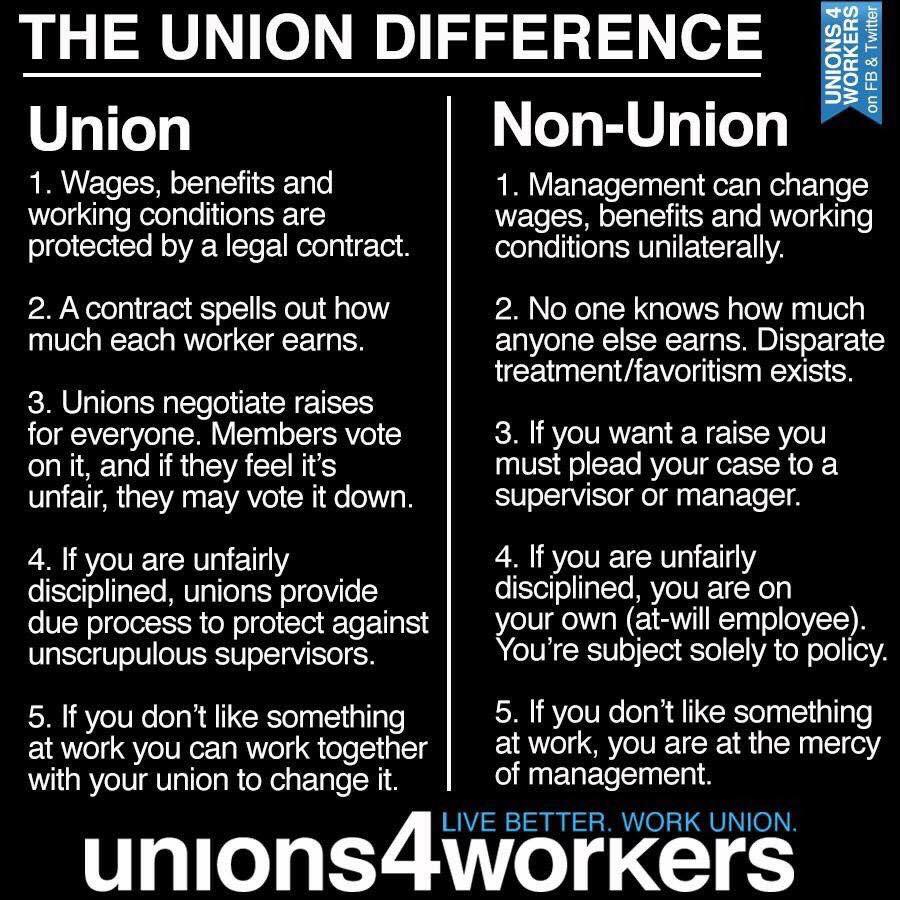 Earlier this month, graduate workers at Georgetown University signed an agreement with its administration on conditions to a fair union election. Grads at Georgetown will get to vote. Why can’t grads at Brown?
Let grads decide for themselves if they want a union, and honor the results of that election. If you believe Brown should honor it’s values of free inquiry and democracy, join us for a rally on the Main Green on Wednesday, April 18th at 12:30pm. You can also show your support by adding your name to our petition here.

1934 – The Toledo (Ohio) Auto-Lite strike begins today with 6,000 workers demanding union recognition and higher pay. The strike is notable for a 5-day running battle in late May between the strikers and 1,300 members of the Ohio National Guard. Known as the “Battle of Toledo,” the clash left two strikers dead and more than 200 injured. The 2-month strike, a win for the workers’ union, is regarded by many labor historians as one of the nation’s three most important strikes -LEARN MORE 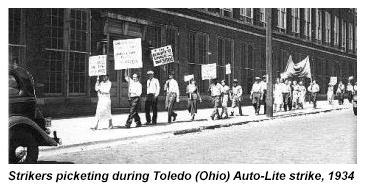 In the first half of the show, Jim Riley sits down with his old crew, Tim Melia, President of UFCW, Local 328 and Lead Organizer, Sam Marvin; to talk about the organizing successes they’ve had in difficult times, the contract fight that seems to be easing at Eastland Foods, and the ongoing battle with Bob’s Tire.
And in it’s mission to give cradle-to-grave financial information to members, Bob Delaney sits down with Bob Dumais of Legacy Benefit Advisors in the second half of the show for an in-depth question and answer session on how to plan for and choose from the different Medicare plans and parts available when retirement approaches.