The union representing employees at Fatima Hospital in North Providence has filed charges with the National Labor Relations Board against hospital officials for refusing to disclose details of the hospital’s latest accreditation review.

The complaint, filed March 27, alleges that Prospect CharterCare has refused requests by the United Nurses and Allied Professionals Union (UNAP) for documents related to its review last fall by The Joint Commission, a Washington-based nonprofit that accredits and certifies health care organizations. -READ MORE

Gov. Gina Raimondo has struck an election-year deal on a new three-year contract with the arm of the Service Employees International Union representing the army of state-subsidized daycare operators who, in many cases, work out of their own homes, taking care of other people’s children.

“The new deal — which is retroactive to July 1, 2017 — increases wages and ties rate increases to improved quality child care,″ according to a statement issued by the Raimondo administration on Wednesday. -READ MORE

Jobs was a hot topic at the Prepare Rhode Island Summit held Saturday at the Knight Campus of CCRI.

“We live in a world today that’s changing faster than ever and the only way we’re going to make sure that Rhode Islanders can keep up and get ahead is if they have relevant job skills. Period. End of discussion,” said Governor Gina Raimondo in her address to the gathering of hundreds of educators from 29 school districts and representatives from six area universities across the state. “And who deserves that? Everybody.”

Of the 16 workshops conducted during the morning-long event, the second of three summits organized by Prepare Rhode Island, Hot Jobs and High-Wage, High-Demand Industries was a must for many of the more than 300 educators and supporters of career education. It was also an eye-opener to what high school graduates can make without spending thousands on a college education. -READ MORE

A group of dining hall workers at Tufts University announced Tuesday that they are joining a labor union.

A delegation went to the offices of the university administration to present a photo petition of workers holding a banner with signatures pledging to unionize. They said they are joining UNITE HERE Local 26 and demanded that the university recognize the union.

Hispanic civil rights leader Cesar Chavez fought for the rights of itinerant farmworkers, many of them immigrants. He remains an inspiration for many, but for others, his legacy is complicated.

Chavez, who co-founded the United Farm Workers (UFW) union, died in 1993. He’ll be remembered Saturday, March 31, on Cesar Chavez Day, which is a state holiday in California 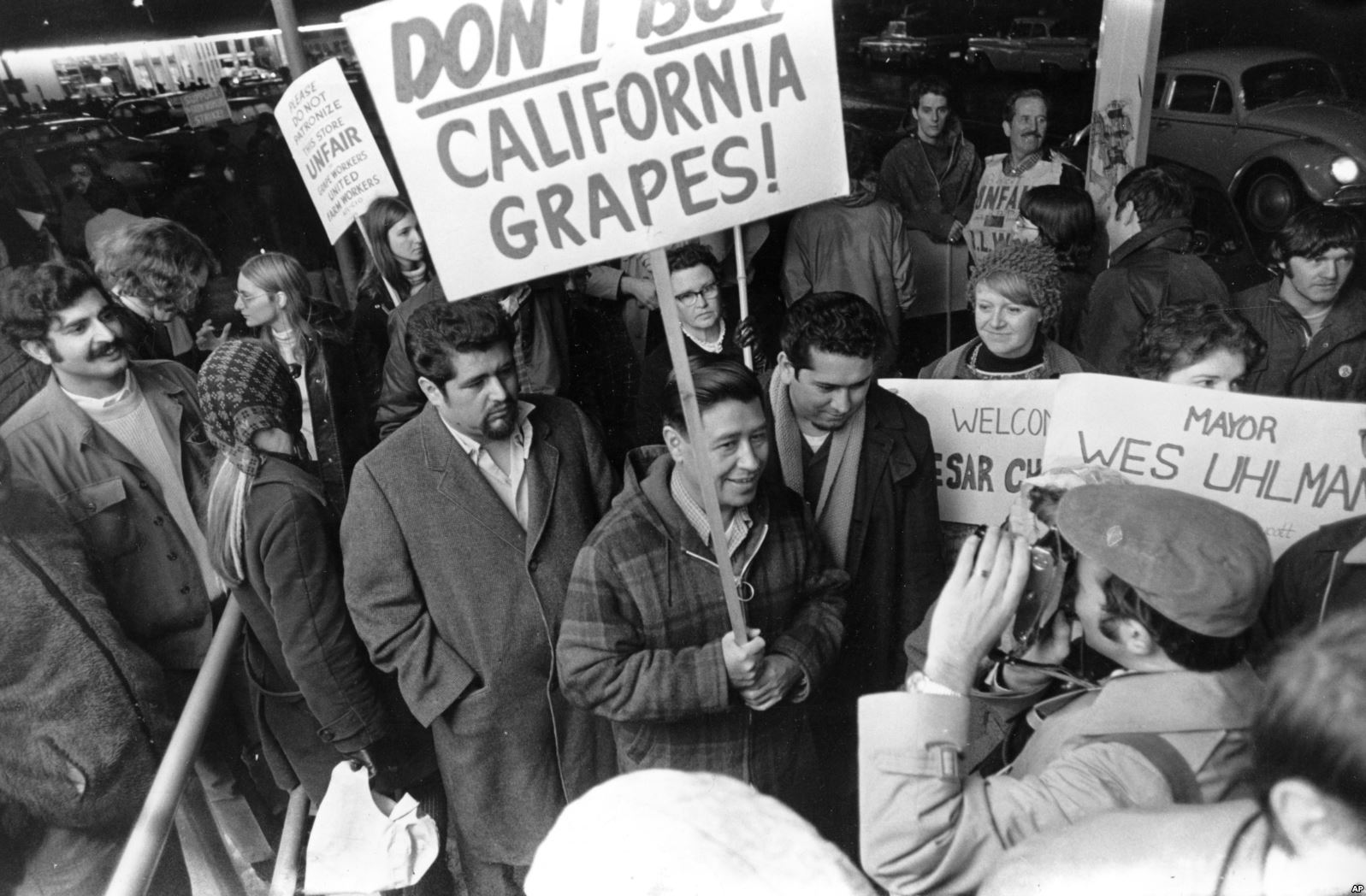 Fifty years ago this week, Martin Luther King Jr. gave his final speech in Memphis, Tennessee. In the decades since his assassination, much of the focus on King’s life has centered on his civil rights legacy. But his final days in Memphis are a reminder that he was also a relentless champion for the dignity of work.

King was in Memphis in support of sanitation workers represented by AFSCME who were on strike after two members, Echol Cole and Robert Walker, were crushed to death by a garbage truck. The strikers sought recognition of their union, a pay increase, overtime pay, merit promotions, safer working conditions and equal treatment of black workers.

Teamsters FaceBook: Happening NOW: Teamsters are at the #IAm2018 rally in Memphis, Tennessee. We are honoring the legacy of Dr. King today, 50 years after his assassination ashe stood with sanitation workers on strike for economic and racial justice. 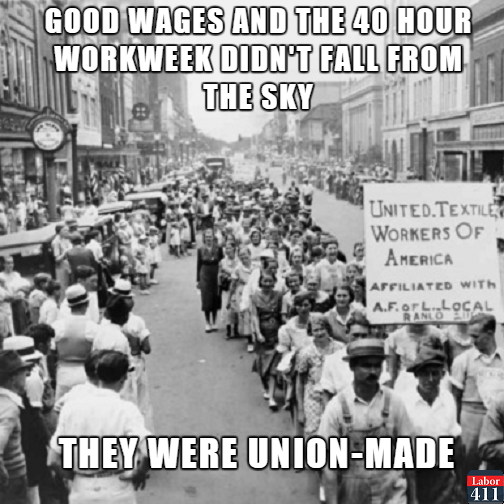 In Support of Big Brothers Big Sisters of the Ocean State

When: Sunday, April 8; Game starts at 3:05 p.m. and Doors open at 1:30 p.m.
Where: Dunkin’ Donuts Center
Details: Providence Bruins vs Lehigh Valley Phantoms. Free P-Bruins logo hat for all kids in the group, face painting, kids activities and meet Marshall from the Paw Patrol. For more information, contact Ryan Doyle at (401) 680-4722 or Doyle@PSEAgency.com

1947 – Some 300,000 members of the National Federation of Telephone Workers, soon to become CWA, strike AT&T and the Bell System. Within five weeks all but two of the 39 federation unions had won new contracts. -LEARN MORE 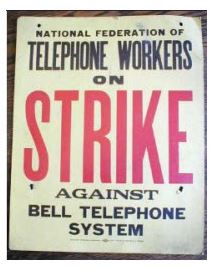 In a break from tradition, we open with a scene of striking teachers in West Virginia before returning to the studio and Jim Riley speaking to RI Federation of Teachers and Health Professionals President, Frank Flynn about just what pushed those professionals to the point of walking out of classrooms and to the state capital; and staying out on strike for nine days before having their demands met by the legislature and governor. The discussion continues on what has become a trend with Oklahoma and Kentucky following suit, and what we can expect in the future.
And in the second half of the show, a little lighter fare, with the most recent Grand Marshal of the Providence St. Patrick’s Day Parade and Professor Emeritus of labor studies at URI, Scott Molloy, with Assistant Executive Director of NEARI, Patrick Crowley talking with Jim Riley about the contributions the Irish community made to Rhode Island and especially its labor and political leadership structures.