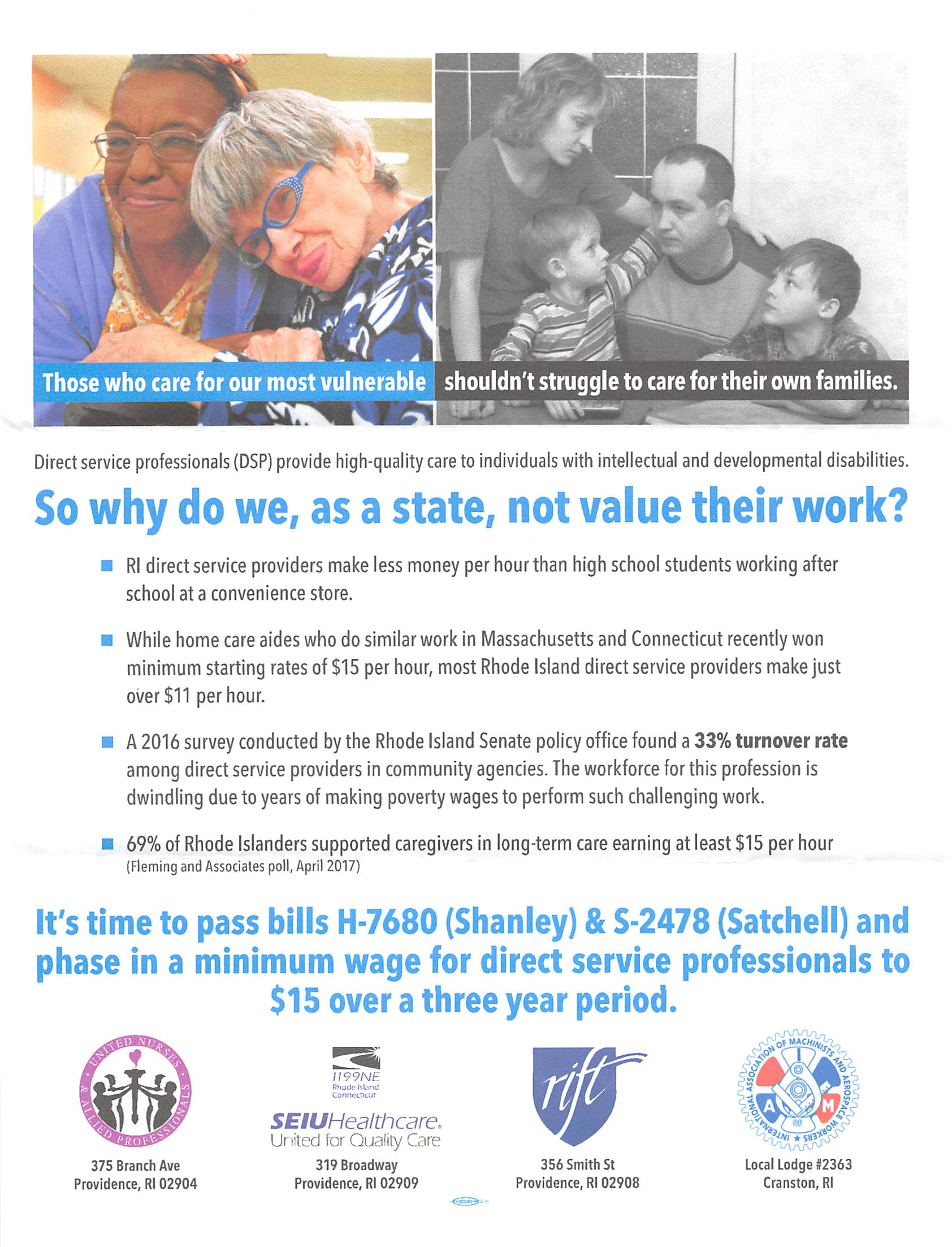 Firefighters are suing the town in federal court alleging that East Greenwich is shorting them on overtime by violating the Fair Labor Standards Act.

The suit was filed Friday in U.S. District Court against the town and Finance Director Linda Dykeman. It asks the court to award back pay and legal fees and to declare that the town “willfully and intentionally violated” its obligations to firefighters. It seeks records on time worked and payment due since March 23, 2015.

The suit, brought by Elizabeth Wiens of the Gursky/Wiens law firm in North Kingstown, for William Perry and “all similarly situated current and retired” firefighters for East Greenwich, seeks a jury trial. -READ MORE

More Standard Parking workers at T.F. Green Airport were certified as Local 251 Teamsters earlier this month. With a 26-0 vote, the cashiers joined the shuttle drivers and maintenance workers who became members of Local 251 in January.

The cashiers’ vote was held on February 28 and certified on March 9 by the National Labor Relations Board. The workers voted unanimously to join the union in both elections.

AFL-CIO: How Unions Carried Pennsylvania’s 18th District and Why the DNC Should be Paying Attention

Rep-elect Conor Lamb made national waves with an improbable win last week in Pennsylvania’s 18th Congressional District. He faced down $10 million in outside money funneled to his opponent by corporate and right-wing interests. He fought through a barrage of incessant, hyper-partisan attacks blanketing the airwaves. He was abandoned by his own party’s national infrastructure in a district that hadn’t elected a Democrat in nearly 15 years. And he still came out on top.

It wasn’t because of some stale advice whispered into his ear by an overpaid consultant. He doesn’t owe this victory to super PACs or corporate donations. It certainly wasn’t thanks to the Democratic Party establishment — it’s still finding its way out of an agenda and message that failed to resonate with working people in 2016. -READ MORE

Hundreds of area youth are learning job skills and earning income without spending thousands on a college education.

Apprenticeships are alive and well, and poised to expand from traditional fields into high-tech areas. Local unions run free apprenticeships in a wide range of trades, including electricians, sprinkler fitters, painters, elevator constructors, bricklayers and boilermakers.

And now the Workforce Development Board of Herkimer, Madison and Oneida Counties is offering grants to help area employers meet the demand for skilled workers by offering apprenticeships. So far most of the takers have been advanced manufacturing firms, said Nate Crossett, program director of the board’s American Apprenticeship Initiative.

From the bats to the hats, Made in America is a big part of baseball — with one notable exception.

Baseball is back! Today is Opening Day of Major League Baseball, the earliest start date in The Show’s history. In addition to the head start, all 30 teams will play on Opening Day this year. The new season begins at 12:30 p.m. Eastern time with the Miami Marlins hosting the Chicago Cubs. -READ MORE 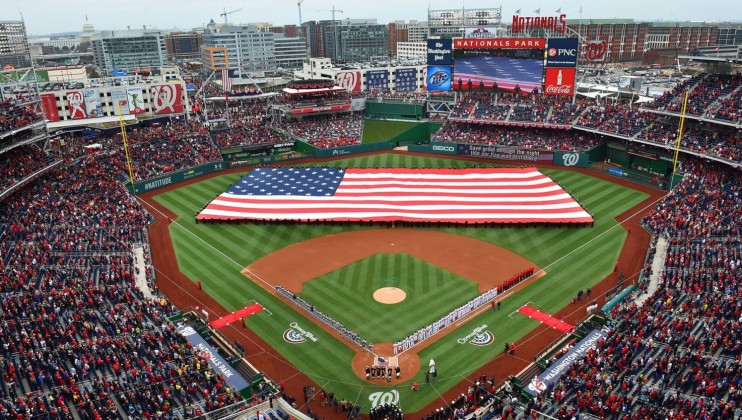 AFL-CIO: The Lessons of the Triangle Shirtwaist Fire Are Still Relevant 107 Years Later

On March 25, 1911, a fire broke out on the top floors of the Triangle Shirtwaist factory. Firefighters arrived at the scene, but their ladders weren’t tall enough to reach the impacted area. Trapped inside because the owners had locked the fire escape exit doors, workers jumped to their deaths. Thirty minutes later, the fire was over, and 146 of the 500 workers—mostly young women—were dead.

Watch this video to learn more about the tragedy: -WATCH VIDEO 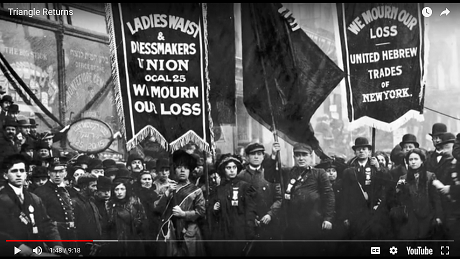 Your cost of living: The Economic Policy Institute has created an interactive budget fact sheet to explain what the cost of living is everywhere in America, so all of us can find out what a living wage is where we live. 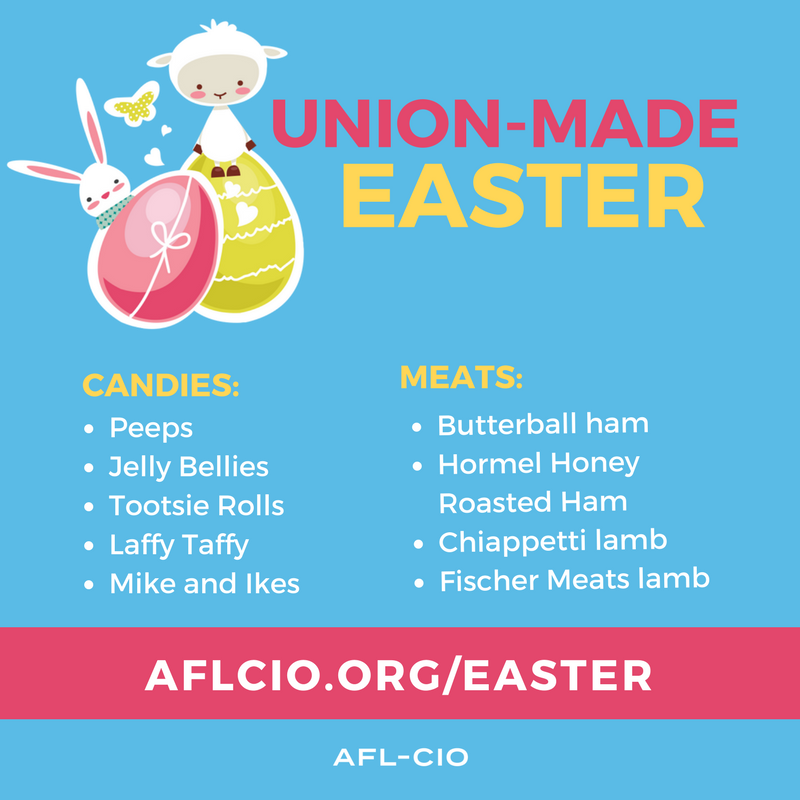 **Remember to purchase your Easter Flowers from Stop & Shop, Shaws and Eastside Marketplace.

In Support of Big Brothers Big Sisters of the Ocean State

When: Sunday, April 8; Game starts at 3:05 p.m. and Doors open at 1:30 p.m.
Where: Dunkin’ Donuts Center
Details: Providence Bruins vs Lehigh Valley Phantoms. Free P-Bruins logo hat for all kids in the group, face painting, kids activities and meet Marshall from the Paw Patrol. For more information, contact Ryan Doyle at (401) 680-4722 or Doyle@PSEAgency.com

1968 – Martin Luther King, Jr., leads a march of striking sanitation workers, members of AFSCME Local 1733, in Memphis, Tenn. Violence during the march persuades him to return the following week to Memphis, where he was assassinated. -LEARN MORE 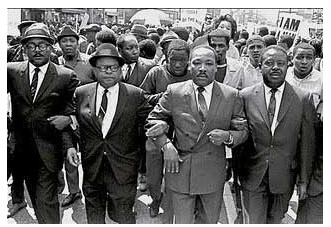 In the first half of this week’s show, President Maribeth Calabro of the Providence Teachers’ Union sits down with Jim Parisi and talks about the stalled nature of talks between Providence teachers and the city’s administration and how after years of concessions, Providence’s teachers have gone from one of the top-paid systems in the state to near the bottom of the list.
And in the second half of the show, Jim Riley sits down with Chris Callaci of the United Nurses and Allied Professionals to talk about the proposed merger talks between Prospect Medical Holdings, Brown University and possibly Care New England. Chris outlines how the, “for-profit” healthcare provider has acted in California and other states where they’ve operated, concerning turning a profit and staff to patient ratio. Since coming to Rhode Island in 2014, UNAP has been battling Prospect in court and in NLRB proceedings; the union doesn’t think they deserve the chance to expand any further and want potential partners to know the history behind this firm.