He is a former bus driver and head of the transit union, a Carnegie Foundation Rhode Island Professor of the Year, a University of Rhode Island Foundation Teaching Excellence Award winner, a member of the Rhode Island Heritage Hall of Fame, author of several books on Irish and labor history and education director of the Providence Irish Famine Memorial.

Thirteen hard-working employees of the Student Resource Center in Cranston, Rhode Island, have voted to join Local 25 and have ratified a first contract, according to Local 25 Organizing Director Jim Riley.

These new members are employed by the subsidiary of Higher Education Partners and are the folks staffing the call center helping OPEIU members who are taking advantage of the OPEIU Free College Benefit through Eastern Gateway Community College.

Thousands of OPEIU members are benefiting from the Free College program through their union. It’s terrific that these helpful employees can now have access to the same protections and benefits available to OPEIU members because of their union membership. 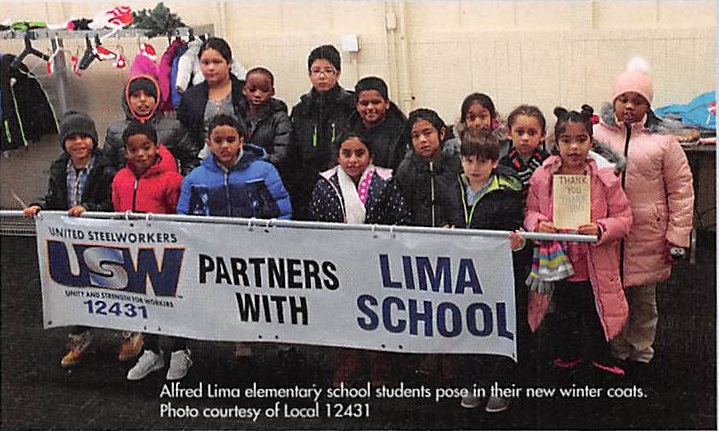 Hechinger Report: Can educating kids about unions prepare them for the future of work?

The young woman in the black sweatshirt was indignant. Across the negotiating table, a stern, occasionally sharp-tongued adversary refused to budge — first on wages and now on the organization’s social media policy. “We’re a hospital,” said the woman with marked intensity. “Don’t you agree that our first responsibility is to our patients?”

A cluster of young people nearby hotly debated the fairness of random drug tests for employees. Over in a far corner, a third group traded opinions on whether to accept management’s proposal to offer new hires 401(k)s instead of pensions. “It’s just for new employees,” said one young man, clad in a purple T-shirt. “But we have to think about solidarity,” replied a young woman in clear-framed glasses. -READ MORE

Laborpress: Unions are critical for the future of the middle class

A labor union is an organization of workers dedicated to improving wages, hours, and working conditions within the workplace. Critical to the establishment of a labor union is the collective bargaining process in which a union negotiates with management on behalf of its members. Members pay dues that pay for the negotiating team, legal representation, and benefits. Labor unions have provided a critical service to workers for many years while creating the great middle class in America. These organizations in the United States have a long history of creating important changes in the world of world. The eight-hour workday, as well as health and safety regulations, were established because of workers coming together to form a union. -READ MORE

The ranks of organized labor have been shrinking for decades, and an upcoming Supreme Court decision involving the ability of public-sector unions to collect fees from nonmembers is expected to further sap the movement of much-needed funds.

But signs of life are flashing in unexpected places.

Millennials and professionals are bringing new energy to the movement, especially in New England, where more than half of union members are doctors, lawyers, teachers, architects, and other white-collar employees. -READ MORE

The 90%: That’s who benefits from strong trade enforcement, which is why America’s working people support tariffs on aluminum and steel. 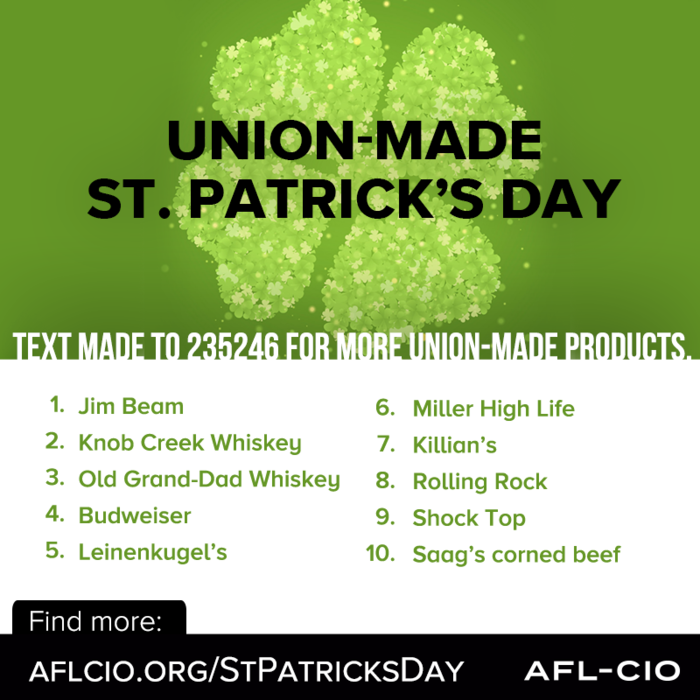 2004 – Steelworkers approve a settlement with Oregon Steel Mills, Inc. and its CF&I Steel subsidiary, ending the longest labor dispute in the USWA’s history and resulting in more than $100 million in back pay for workers.

Because the storm last week shut down the studio and the show wasn’t broadcast on Tuesday, we’re re-running the week:

An informational picket at the United Methodist Home in East Providence by SEIU 1199NE is the site of the first segment of tonight’s program, as many local members of the labor and political communities came out to show their support for the workers who have been abused, threatened and retaliated against by management. Among them, RI AFL-CIO President George Nee, Patrick Quinn of SEIU 1199NE, the Teamsters Paul Santos, and EPEA’s Val Lawson. However, the most moving comments came from Kheanna Hart, a delegate and former employee, who was fired for retaliation after finding out the nursing home had been cheating members on their paychecks for quite some time.

And in the second half of the program, Rachel Flum of the Economic Progress Institute and Shannon Carroll of the Genesis Center return to expand on the importance of childcare assistance when trying to train and develop an urban workforce for the 21st Century. The necessity of having qualified childcare assistants to care for children while parents learn a new language or the skills needed to compete, and why employers and all stakeholders should be more interested in paying more, and retaining for their specialized services; instead of having them leave for higher-paying jobs in retail or food service industries where fewer skills are needed.