Brother Jim Riley presented Rhode Island AFL-CIO a beautiful painting he painted of the office building at the Executive Board meeting on Monday.

He titled the painting “Off to the State House”. If you look closely at the painting, you will see President George Nee walking to the state house. 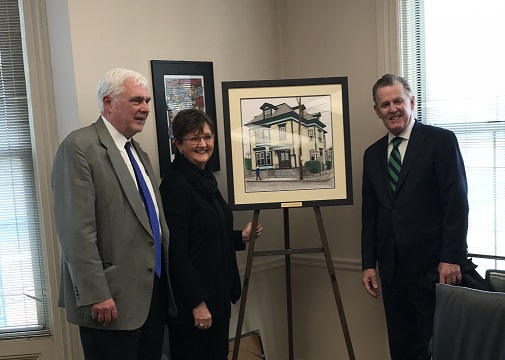 Build RI conducted a survey to determine Rhode Islanders support for a new ballpark for the Pawtucket Red Sox. 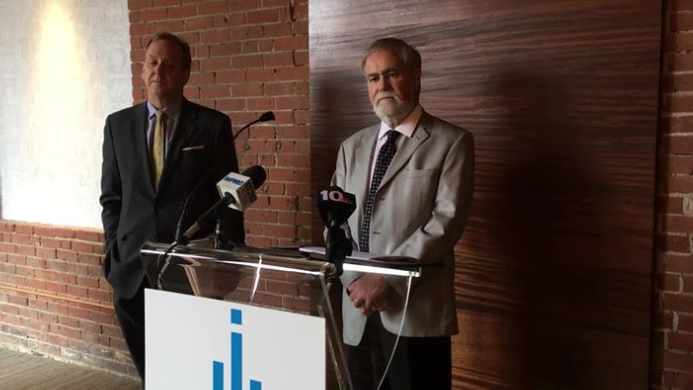 About 150 employees of Eastland Foods are on strike for better benefits, working conditions and respect on the job, according to a statement by the union.

Workers at Eastland Foods, 69 Fletcher Ave., voted to join UFCW Local 328 in May 2016. The company currently offers no paid vacations, paid holidays or personal days and offers most workers only minimum wage, according to the union. READ MORE

The fight to overturn a decades-old Supreme Court precedent has been fueled by secret donors.

Over the last decade, the five-justice Republican-appointed majority on the Supreme Court has forged a glaring pattern of 5-4 decisions that benefit Republicans at the polls and big corporations pretty much everywhere. In election-related rulings involving issues like gerrymandering and suppression of Democratic-leaning voters; in rulings where it’s corporations versus humans; and, of course, in letting corporate interests to flood our elections with money, it’s been a 5-4 rout in an unmistakable pattern. The upcoming Supreme Court arguments this week in Janus v. American Federation of State, County, and Municipal Employees will tell a lot about this pattern. -READ MORE

In a shock announcement that further scrambles the outlook for Rhode Island’s biggest hospitals, Lifespan revealed Tuesday it is joining the merger talks between Care New England and Partners HealthCare.

“Care New England and Partners HealthCare have approached Lifespan and will begin formal discussions to explore how all three health care providers might work together to strengthen patient care delivery in Rhode Island,” the companies said in a brief joint statement. -READ MORE

When he was gunned down by an assassin’s bullet in 1968, Dr. Martin Luther King Jr. was in Memphis. His last political act was to support sanitation workers as they fought for economic security and dignity on the job. Dr. King understood that the struggle for equality and justice is not limited to civil rights. It also includes economic justice. So, as he led the great struggle for civil rights, he also fought for labor rights.

King was in Memphis to support a union because he knew that unions help lift the fortunes of working people in this country. Union jobs built America’s great middle class by lifting families out of poverty, by strengthening communities, and by providing workers with a voice in shaping the direction of our nation. Labor unions also played a powerful role in advancing the fight for racial justice and equality during the civil rights era, mobilizing members and providing financial support. -READ MORE

3.1%: That’s how much worker pay drops on average when “right to work” laws are passed. This gives some indication of how public and private workers alike will fare if the U.S. Supreme Court saddles public employee unions with the costly legal duty of representing people who won’t pay dues. 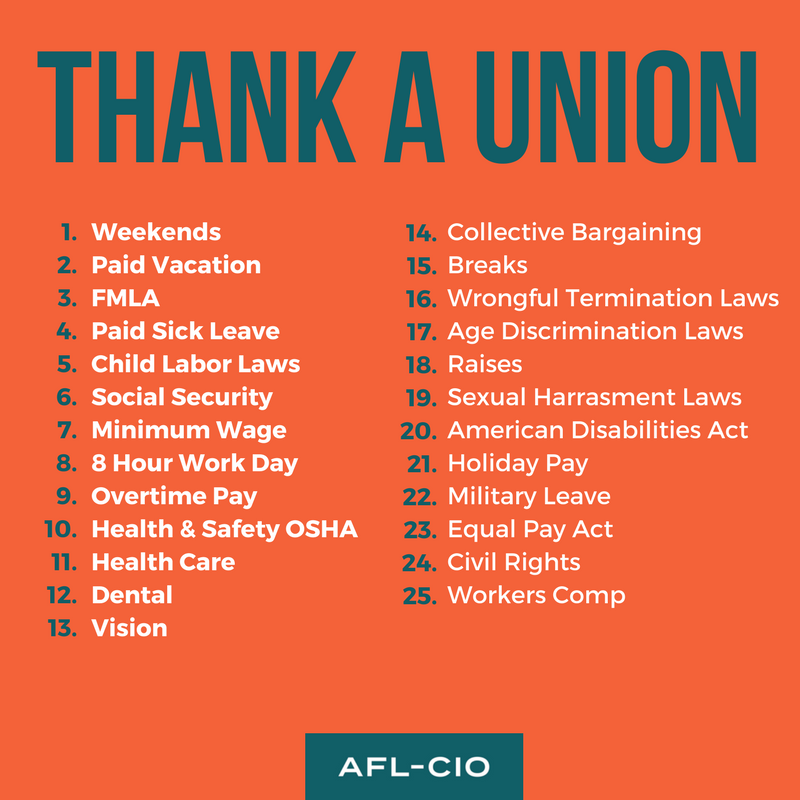 When: Tuesday, March 6 at 2 – 4 p.m.
Where: Linn Health Care Center, 30 Alexander Ave. East Providence
Details: Workers and allies will be holding an informational picket in response to wage theft and unsafe staffing at Linn Health Care Center (Methodist Eldercare) nursing home.  Come out and show solidarity for nursing home workers as they fight for fairness, dignity, and respect. For more information, contact District 1199 SEIU New England at (401)457-5099 or Emmanuel@RISEIU.org

1936 – After five years of construction between 1931 and 1936 by 21,000 workers (96 of whom died on the job; another 46 of whom died from carbon monoxide poisoning, classified as “pneumonia” to avoid compensation claims), Hoover Dam is turned over to the federal government.

1990 – 6,000 Greyhound bus drivers go on strike over wages and job security. The company hired 3,000 scabs to permanently replace the striking workers, declared the strike over two months later, and filed for bankruptcy in June. In 1993, Greyhound agreed to rehire 550 striking drivers, paying them $22 million in back pay.

In the first half of the program, Rachel Flum of the Economic Progress Institute and Shannon Carroll of the Genesis Center sit down with host Jim Riley to discuss the importance of childcare assistance when trying to train and develop an urban workforce for the 21st Century. The necessity of having qualified childcare assistants to care for children while parents learn a new language or the skills needed to compete, and the challenges of paying a decent wage in a tight labor market for what are usually non-profit organizations and sometimes small family-run businesses are serious concerns.
And in the second half of the program, Mike Simone, lead organizer of Local 251 of the Teamsters, along with Principal Agent Matt Taibi, sit down with Jim Riley to talk about the recent successes the Teamsters have been having in organizing in the area, even though contracts might be hard to come by after wins have been scored. The two talk solidarity, tactics and keeping the organized focused on the outcome, not the fight; although it doesn’t hurt to have a giant, inflatable pig to bring to your protests.