Like the “mighty Casey” from Ernest Thayer’s epic baseball poem “Casey At The Bat,” our colleague, state Rep. David Coughlin, D-Pawtucket, has mightily struck out with his Feb. 6 Commentary piece (“Speaker right to snub the PawSox”).

Mr. Coughlin paints an erroneous picture regarding the proposed new Ballpark at Slater Mill and, in doing so, does a grave disservice to his city, his constituents and the people of Rhode Island.

Strike one: Mr. Coughlin erroneously states the bonds that would be issued for a new public stadium in Pawtucket are “moral obligation bonds.” He uses this term to conjure up the negativity associated with the ill-fated 38 Studios project. -READ MORE

WPRI 12: Providence pays $1,500 stipends due to hundreds of retirees

Providence has made good on nearly $2 million it owed hundreds of former city workers as part of a pension settlement agreement reached in 2013.

The city paid 1,290 retirees or their beneficiaries a $1,500 stipend last month, according to Victor Morente, a spokesperson for the city. Approximately $300 from each payment was withheld for federal taxes and most had $75 in Rhode Island taxes withheld, Morente said.-READ MORE 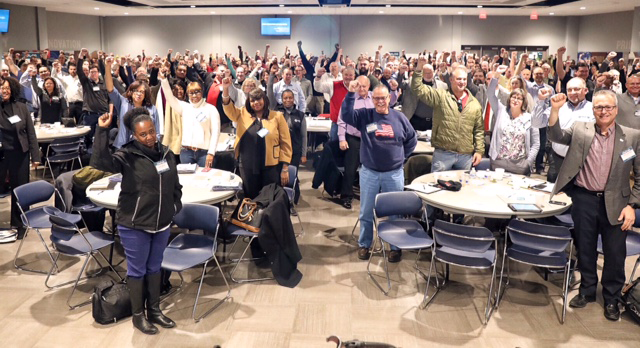 Every week, we bring you a roundup of the top news and commentary about issues and events important to working families. Here’s this week’s Working People Weekly List.

AFL-CIO President Trumka Tells Unions It’s Time To Go on Offense: “All that came just after Trumka told the UAW ‘It’s time to drop our shield, pick up our sword and go on offense for a while,’ to campaign for protecting pensions, Medicare, Medicaid, Social Security, to rebuild infrastructure and to ‘protect our water from becoming poisoned like it was in Flint, Mich.'”-READ MORE

Politico Investigation: Behind the minimum wage fight, a sweeping failure to enforce the law

As Democrats make raising the minimum wage a centerpiece of their 2018 campaigns, and Republicans call for states to handle the issue, both are missing an important problem: Wage laws are poorly enforced, with workers often unable to recover back pay even after the government rules in their favor.

That’s the conclusion of a nine-month investigation by POLITICO, which found that workers are so lightly protected that six states have no investigators to handle minimum-wage violations, while 26 additional states have fewer than 10 investigators. Given the widespread nature of wage theft and the dearth of resources to combat it, most cases go unreported. Thus, an estimated $15 billion in desperately needed income for workers with lowest wages goes instead into the pockets of shady bosses. -READ MORE

It is sadly ironic that portions of the construction industry have been fighting for years to reduce wages on these important but dangerous jobs are now claiming they face a skilled labor shortage. 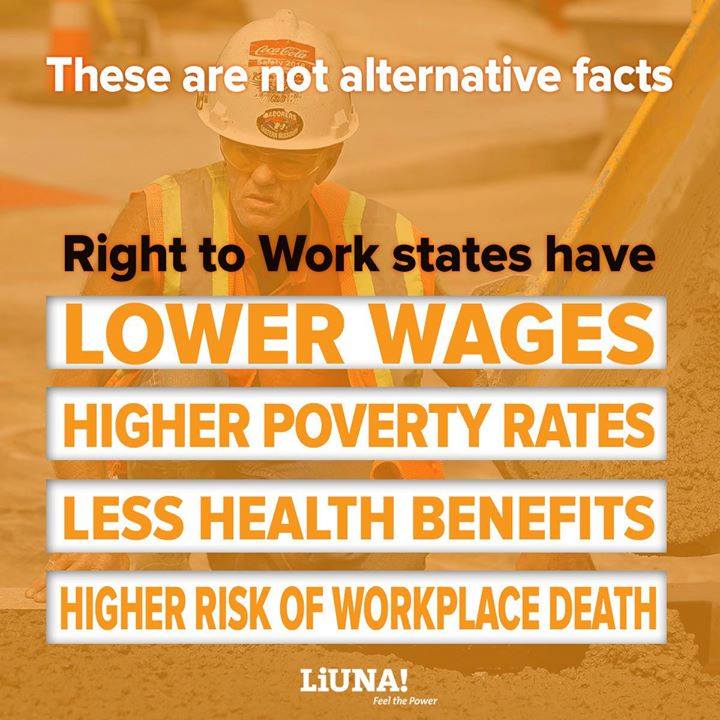 This episode looks at what Martin Luther King, Jr. meant to the Teamsters, past and present. It examines the union’s long-standing devotion to equality and justice in the workplace, and how those decades-long efforts are being translated into the modern working world where corporations are trying to tamp down on collective bargaining rights and with it the wages and working conditions of those on the job.

19%: That’s the largest raise that 200 drivers and tour guides at Big Bus New York, who are members of Transport Workers (TWU) Local 100, won with a first contract last month, along with better health care and retirement.

The Janus Decision: An historic opportunity to organize, energize and fight back.

When: Monday, February 26 @ 6-8:00 p.m.
Where: UFCW, 278 Silver Spring St., Providence, RI
Details: A multi-union forum exploring the impact of JANUS and how we face the challenge together and come out stronger.

1909 – American Federation of Labor issues a charter to its new Railroad Employees Department.

Teamsters Local 251 has been very active in recent months, helping lead a confrontation with UPS over the holidays; and in the first half of the program, Principal Officer Matt Taibi and Organizer Mike Simone sit down with Jim Riley to talk about how members defied the corporate order to work forced overtime, didn’t make things easy for themselves by starting their days early, and organized for their own safety and well-being rather than take the money.
And in the second half of the program, Zoya Tseytlin from Connecting for Children & Families and Roshni Darnal from Federal Hill House sit down with Jim Riley to dig even deeper into why anyone making less than $55000/yr should have their taxes done for free through the Volunteer Income Tax Assistance program provided by the United Way of Rhode Island.